Pop superstar Louis Tomlinson has revealed the inspiration behind his eagerly-anticipated new solo single was nights out right here in Manchester.

Former One Direction star Louis is also heading out on a new world tour next year which will include a night back in the city he loves at Manchester 02 Apollo in March.

Speaking about his new single, We Made It, Louis said it is inspired by “stolen nights out in Manchester” in his early One Direction days.

The song is an ode to teen dreams and young love, which fuses both the euphoric indie influences of Louis’s teen years with more contemporary electronic pop sounds. 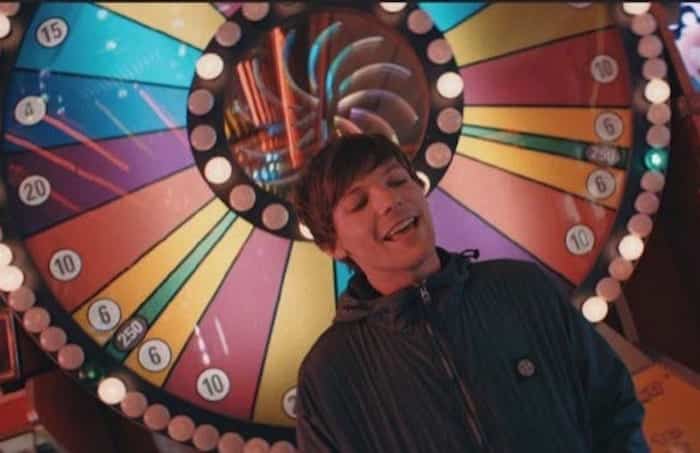 Louis says: “Any time off I had, I’d go to Manchester for nights out with my mates. It made me realise I didn’t live in the real world anymore and I missed it. I loved being normal, reckless and stupid. It was the best escape. We’d stay up all night, talking about our dreams and what we thought would happen to us. That age is such an exciting time. You’ve no idea what the future holds, but you have so much potential. Where is my life headed? Who knows?”

“The chorus of We Made It is also about me and the fans. Between us, it has taken a lot to get here. I’ve had to work really hard, had to learn about so much about myself. I feel as though only when I get out to tour, to sing these songs directly to the fans, will I have cemented the start of my solo career.”

Been waiting for this moment since I started my solo career. Can’t wait to see you all on tour. There are also a few more dates going up at a later date. Thanks for everything. Here we go! https://t.co/S2V4BhLv0A pic.twitter.com/mbX54g19kE

Doncaster-born Louis, 27, has also confirmed that his debut solo album, Walls, will be released on January 31st.

As a member of X Factor-formed boyband One Direction, Louis has sold over 100 million records. Overall Louis’s solo music has garnered over a BILLION streams.

He says: “I feel like a new artist now. It’s taken a while for me to be comfortable on my own, to learn to trust my gut and make sure I get what I want.

“I feel the most confident I’ve ever been, both as a songwriter and a singer, and the most mature. Of course I want to be successful, but what matters is what my music means to me and what it means to the fans. That’s the priority. The rest we’ll have to wait and see.”

Tickets for Louis’s world tour, including the 02 Manchester Apollo gig on March 23, 2020, go on sale on Friday, November 1st at 9am through gigsandtours.