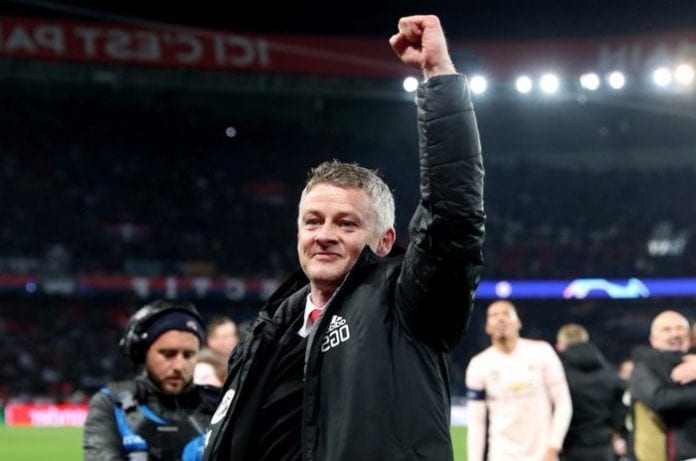 The 3-1 win against PSG is what being Manchester United is all about, from the never say die attitude, to being on the ropes, to a young academy product having nerves of steel when it really counts.

It’s nights like this that remind United fans fell in love with them in the first place. And after the last few seasons, they really needed it.

Let’s go back a few months to the draw for this round of fixtures.

United were the laughing stock of the football world. The memes did the rounds of predicting what their front three were going to do to Phil Jones and Chris Smalling. And while Neymar and Edinson Cavani were missing, Smalling ended up doing pretty well, didn’t he?

Next to him, Victor Lindelöf once again showed his supreme talent and Luke Shaw continued his journey to becoming a real top level left back.

Now let’s go back a few weeks to the first leg.

United were outclassed at home. PSG rightly won that game and it showed how far they still have to go. No one gave them a chance in the second leg, and no one believed they could do it. Apart from Ole, his backroom team and the players.

To inspire the confidence and galvanise the mentality of this depleted group and to do what no team has ever done before and overturn a 2-0 deficit from the home leg, shows supreme man-management skills.

To bring the very best out of a threadbare midfield to execute the game plan like they did is a true testament to Ole. Hopefully this will really be the making of Fred in a United shirt.

But it wasn’t all down to the manager. Ashley Young again played the captain’s role to a tee. Romelu Lukaku was devastating in attack and continued his fine run of form. And Marcus Rashford? He was quiet at times but is well on his way to becoming a United great.

And now we move on. Sunday sees a huge game at the Emirates. Beat Arsenal and United put themselves in a great position to get fourth spot – which surely has to be the main objective Ole was given when he took over.

This part of north London has been a happy hunting ground for United in recent seasons but will again be a massive test of the mentality and the fitness of this group after such an intense win in Paris.

Thankfully a fresh and fit Paul Pogba will re-join the squad after his suspension for the PSG game. Pogba will be hugely important on Sunday. He is the one player with the ability to drive from deep with the ball and is the one who orchestrates quick counterattacks with his vision to pick a pass.

Rashford and Lukaku will be full of confidence going into this one and they’ll know they’ll get chances with Pogba on the pitch. And with the performances of Fred and Scott McTominay on Wednesday night, the loss of Nemanja Matic and Ander Herrera may not be so keenly felt.

United fans will rightly be looking forward to this one.

With the team still competing in three competitions, and ignoring the two teams competing at the top of the Premier League and the thought of either of them winning it, it’s an enjoyable time to be a United fan again.

But these recent performances and the run under Ole needs to be tempered a little in my opinion. There’s no doubt he’ll be the manager next season. That’s definitely a given now. And what I can’t wait to see is the way he can instil the mentality into the players when he has a full pre-season with them. United should really hit the ground running next season.

However, I still feel they are papering over the cracks.

A title challenge is expected next season, but the club needs to back Ole. There’ll no doubt be a temptation at board level to stick with what they have considering the performances in the second half of the season, but they’re still short.

Big decisions need to be made and the right players brought in to improve the starting XI and the squad. Pogba’s future also needs to be sorted.

United haven’t challenged for the title since Fergie left and now feels like the time. Getting key decisions right in the summer is crucial. They haven’t once done that yet under Ed Woodward.

It starts with Ole and rests with backing him in the transfer market with the right signings, not just big money outlays. Get that right and this could be just the start.