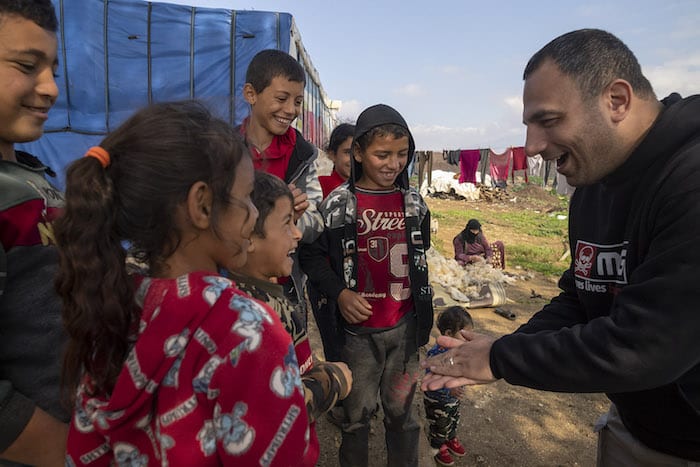 Twenty years ago, Diana, Princess of Wales walked next to a minefield in Angola to draw  attention to the effect of unexploded landmines and bombs on some of the world’s poorest people.

In 2017, Prince Harry honoured his mother’s promise to clear these indiscriminate killers and make a world free from landmines a reality, calling on the international community to make a renewed commitment.

It’s not a problem that has gone away. Every day, 20 people are reported killed or injured by landmines and unexploded bombs globally. And almost half of the civilian casualties of landmines are children.

The Mines Advisory Group (MAG) is a global humanitarian and advocacy organisation that finds, removes and destroys landmines, cluster munitions and unexploded bombs from places affected by conflict.

Since 1989, MAG has helped over 18 million people in 68 countries rebuild their lives after war. In 1997, MAG shared the Nobel Peace Prize for its role in banning landmines.

The charity is international, but its headquarters are right here in Manchester. And now the Peter Street based charity is asking Mancunians to give generously to its latest appeal, Home Safe Home. 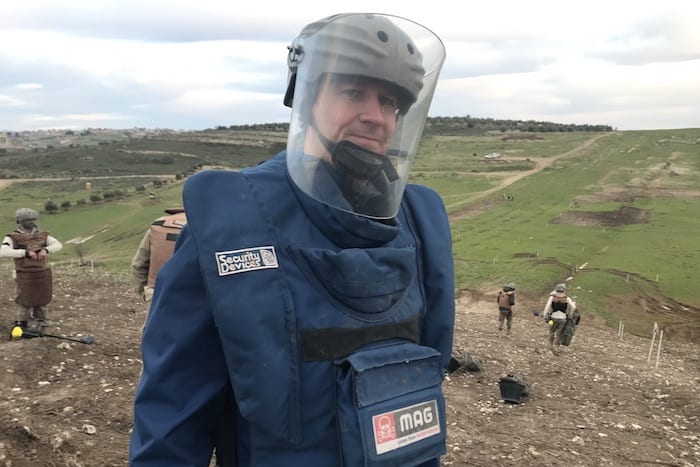 “Across the Middle East, tens of thousands of landmines and unexploded bombs lie ready to maim and kill at any moment in and around people’s homes,” says MAG communications director Nick Harvey, who has recently returned from Lebanon where he saw the impact first-hand.

Over 10 million people remain displaced in the region with many unable to return home because of landmine contamination.

Thanks to the UK Aid Match scheme, all public donations to the appeal before 4th July 2019 will be doubled by the UK government, making hundreds of homes safe again in Lebanon and beyond.

“It means we can double our impact,” says Nick, who moved from London to join MAG in Manchester, a place he describes as “a great city for so many reasons” and “much friendlier” than the capital.

“Home is somewhere that should be safe, your sanctuary, but for many people that’s not the case,” says Nick. “They might have mines next to their gardens or the fields where they live, and sometimes even in the homes themselves.

“It’s hard to imagine that taking a few steps out of your front door could lead to you or your children being killed or terribly injured.”

“At the last charity I worked with, we did a lot of work in Sierra Leone with Ebola,” he says.

“One of the things that really struck me was that you were always afraid of something you couldn’t really see. It creates a psychological anxiety. And actually it’s the same with landmines. You can’t see them, they’re under the ground.

“In places like Iraq, people are dying from things like booby trapped doors and pressure points on mats in their own homes. It’s that not knowing.”

Another part of MAG’s role is teaching children and communities about what landmines are and how to avoid them, as well as how to report them.

“Once that land is free, communities can use the land to farm, to build roads, schools and hospitals,” says Nick. “It brings people out of poverty.”

Using highly trained staff and special machinery, donations help MAG teams across the Middle East find and destroy landmines and unexploded bombs, freeing communities from fear and bringing them back to life.

Once the money raised has been doubled by the UK government, the matched funding will help MAG clear 21,000m² of land in Lebanon, while public donations will support MAG’s wider work in other conflict-affected communities.

“The UK already has a leading role in ridding the world of these deadly weapons of war and supporting experts to clear land, which last year was the equivalent of seven thousand football pitches,” said international development secretary Penny Mordaunt.

“All donations made during MAG’s Home Safe Home campaign, which is getting de-mining experts to find and destroy mines before children find them, will be doubled by the UK government – making donations go even further.”