No Manchester: Morrissey with a Mexican twist 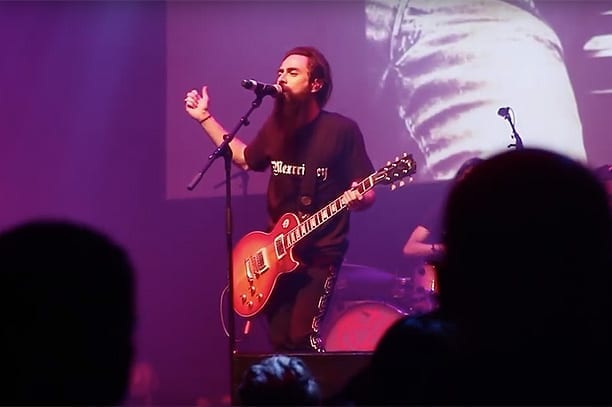 Mexicans are mad about Morrissey. His songs of love, loss and longing, with powerful imagery and metaphors have found a huge new audience south of the border raised on rancheras and mariachis
Share
Tweet
Share
Chat

You’d be forgiven for thinking that the only links between Mexico and Manchester are that little fellow who once scored a hatful of goals for United who is now scoring a hatful of goals in Germany, and the fact that that both words begin with the letter M. But you’d be wrong.

Last year, Andy Wood, director of the La Linea Festival in London, approached musicians Camilo Lara and Sergio Mendoza with the idea of putting together a team of musical gunslingers from some of Mexico’s finest bands to give Morrissey a Mexican twist.

“It just felt like time,” says Andy. “I had a sense of the feeling for Morrissey in Mexico and the way that his music could connect with so much in Mexican music.

“I always thought that there were these invisible lines between what Morrissey and Manchester represents and what Mexico City and Mexican pop culture has. And if these are tiny coincidences, we’re making them a little bit bigger on this occasion with a concert of broken hearts and forgotten dreams.”

The result was Mexrrissey – a band which gives Morrissey’s songs as much Mexican flavour as a big burrito with extra salsa, fresh guacamole and sour cream and a side dish of nachos covered in cheese sauce.

The band has had an incredible trajectory since then, from a first try out show in Mexico City last April, swiftly followed by a sold out mainstage debut at the La Linea Festival in London, a UK tour (including a sold out gig at Gorilla) and triumphant shows at BAM in New York and The Regent in Los Angeles.

Now they’ve just released their debut album entitled No Manchester. It’s a Mexican slang phrase which means “No way” or “Are you kidding me?”

“I think we took a really big risk with all these arrangements and the way we’re really flipping these songs,” says Sergio.

The album was recorded in Mexico City and Tucson, Arizona and produced by Camilo Lara with arrangements by Lara and Sergio Mendoza. It was mixed by Jack Lahana, winner of multiple Grammys for his work with Phoenix and Daft Punk.

“I think for the people that know the songs – which is probably everyone –  I’m sure that they will be amazed that the songs can go into these directions of cumbia and boleros and sound as if they were written in that style. Though it’s the words, the playful turns of phrase, and the sighs that are the trickiest to translate into Spanish.

“We try to get a glimpse of the poetry in Morrissey’s work and to capture the irony, the anger and the happiness at the same time – that has been a challenge.”

Mexrrissey are touring the UK next month but sadly they’re not coming to Manchester. Wonder how you say heaven knows I’m miserable now in Spanish.

No Manchester was released on 4th March 2016 on Cooking Vinyl