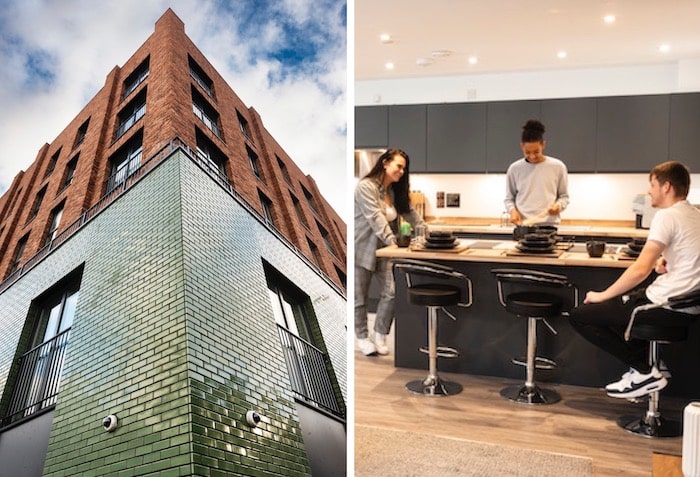 Looking to rent a calming city pad where you can work, live and play?

Then it’s worth checking out the stunning new properties in Salford’s riverside suburb of Ordsall, close to the site of the lost Manchester Botanic Gardens.

Named Dock 5 in reference Salford’s former docklands, the community will be made up of 394 stylish furnished and unfurnished apartments and townhouses.

The first 121 apartments were made available in October – and were snapped up in just two weeks.

Now, the second phase sees the unveiling of 152 more properties.

As more of the site opens up, it gives way to an expansive piazza of landscaped gardens.

As well as creating the perfect balance between vibrant city life and open green spaces, the scheme echoes the area’s former glory as botanical gardens where fashionable Victorians would visit.

The team at Dock 5 says the green space, combined with its riverside location, will entice residents outside to make the most of long summer evenings spent relaxing and exercising outdoors.

On top of that, Dock 5 is working with local small businesses to run wellbeing events for residents and locals; so far, yoga sessions and prosecco and pizza nights have been enjoyed by residents, and barbeques are on the cards for the summer.

Dock 5 is also in talks with local attractions in Manchester and Salford, like Ordsall Hall, meaning there will be even more events to look forward to.

Finally, a good work/life balance will be easy for residents to achieve thanks to stylish co-working spaces. 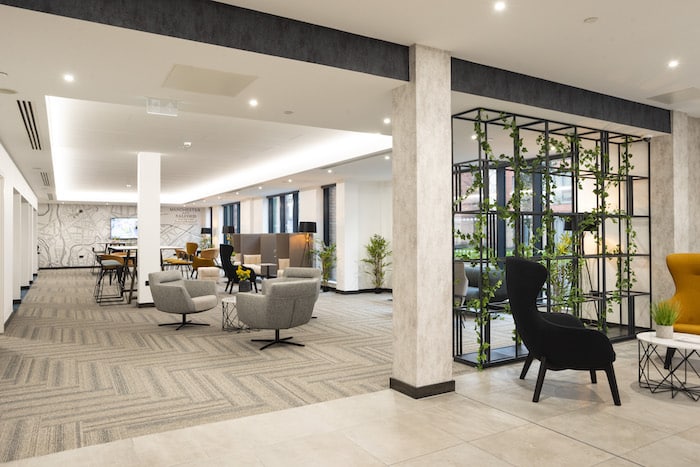 “Throughout Dock 5’s development, our future residents’ wellbeing has been a key focus for us,” says Mark Edwards, ForLiving.

“We’ve really tried to approach it from all angles – whether mental, social or financial – and facilitate that with beautiful surroundings and social events.

“We’ve put people at the heart of every decision we’ve made here, which has helped us add in those extra touches which will make lives easier – like parcel lockers, cleaning services, an on-site gym coming later in the year and even pet-walking services.”

The scheme will be complete by Autumn 2022, bringing with it access to a state-of-the-art gym, a cinema room and dining options. 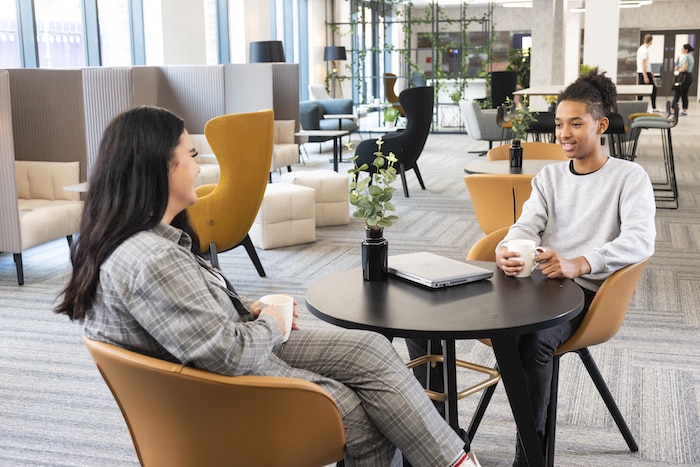 Unlike the majority of the new apartment complexes in the area, any profits from Dock 5 will be reinvested into the local community.

A main priority for the group is contributing to helping end homelessness locally, using the money to build housing schemes.

Ordsall is currently booming, having seen millions of pounds of investment in the last five years as more people decide to stay in Salford and Manchester after university and as more jobs are created in nearby MediaCityUK.

The suburb is set to be transformed with more than 1,000 new homes to be built over the coming years along the waterfront of the River Irwell, offering charming views and peaceful living.

At the same time, the area remains very accessible to the city centre, both on-foot or via great public transport links. 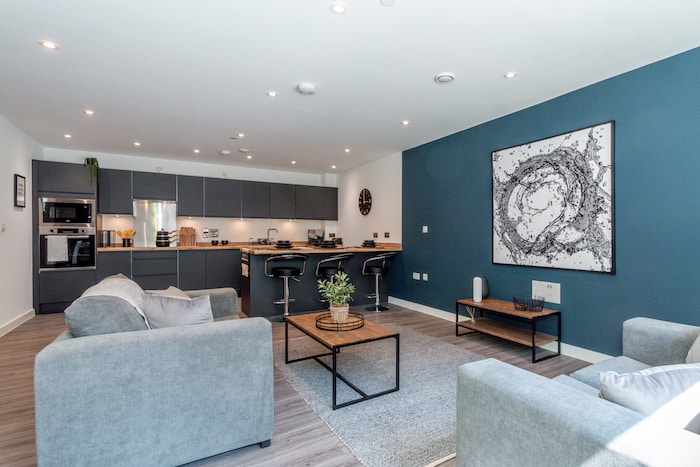 Rents at Dock 5 range from £853 for a one-bedroom or £1083 for a two-bedroom apartment, making them more affordable than city centre living. Interested flat-hunters are being encouraged to book viewings now to reserve their new place and avoid disappointment.

“We’ve been blown away by the interest from local people, university grads, creatives and professionals who are keen to benefit from quality, modern homes that bring city living at prices people can afford,” says Mark.

“We also know that people are increasingly passionate about being socially conscious, so they feel really reassured when they learn about ForLiving’s wider commitment to invest profits back into the community and to help build new schemes to tackle homelessness.”