The Northern Quarter’s popularity has prompted a hike in rents in recent years, which has meant a lot of new independent businesses are now being forced to look further afield.

This is benefitting the city’s fringes, in areas such as Levenshulme in south Manchester, which has a real buzz about it with the likes of Trove and the Station Hop making it home and the cycle café Station South opening later this year.

But the newest place on the block is Nordie, a neighbourhood bar run by Oddie McClintock and his partner Megan Hyland, which opened its doors earlier this month.

“We’ve both been working in the industry for quite a while. I used to manage The Pilcrow Pub in town and Megs has worked in restaurants. It was probably about 18 months ago when we decided we wanted to do our own thing and then last year found this spot,” says Oddie of the old tyre shop on Stockport Road.

“It was just about getting the right size and the place we have now is perfect,” he says.

“Levenshulme is very independent. There are no chains and we quite like that. That’s what I tend to try and stick to when I go out myself for some drink or some food. I’d rather go to an independent restaurant or bar and put my money in there.

“You get better service, more variety, better quality. Plus, you don’t always want to go into town. I’d rather just go out for a drink nearby and come back at 11.30, 12 but maybe that’s me getting old.” 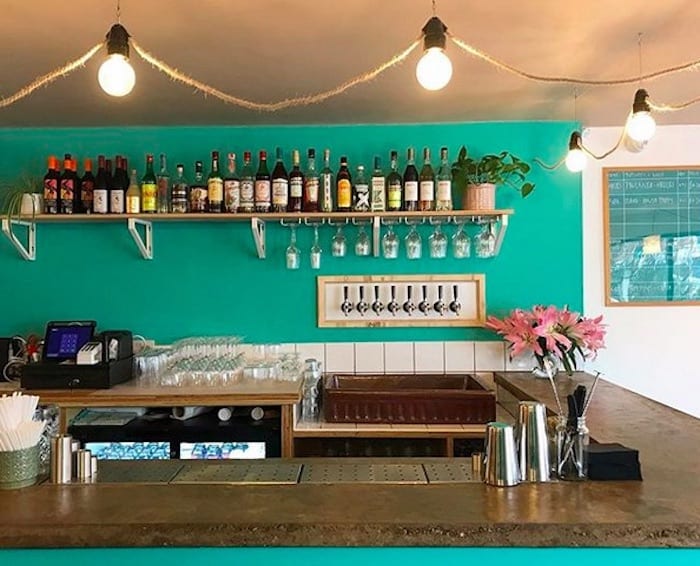 The decor in Nordie is inviting in its simplicity. It’s stripped back, with a concrete floor they’ve retained from the site’s former life, wooden tables, warm lighting and striking turquoise green walls.

“There’s seating for around 55, 60 but we can push it a bit higher without it being too crazy. And then outside we’re going to have seating for around 35, 40 people at some point, hopefully for the summer. We wanted something which we could expand on and grow bigger with,” says Oddie.

They’re also planning on introducing food in the future and have space for a kitchen (“it’ll be food to accompany drinks so small plates essentially”) but for now the focus is drinks.

“We’ve got eight lines, mostly craft beer and then a small cocktail list and our wine list, which we’re proud of. 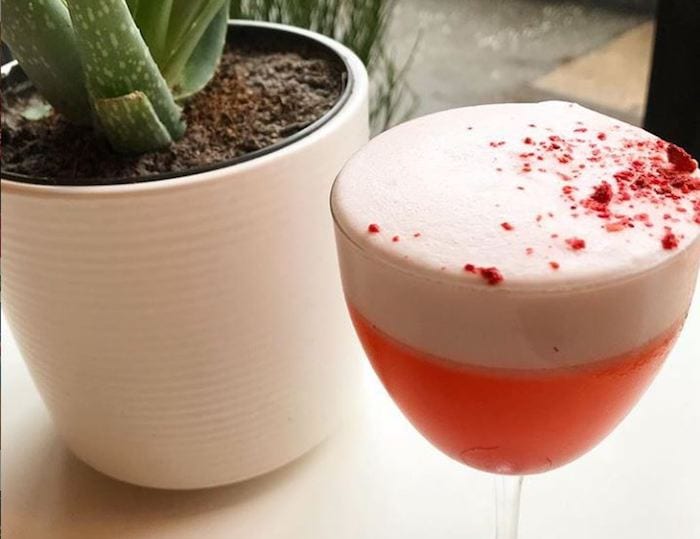 “They’re mostly natural wines, and a few biodynamics, and then we’re doing coffee as well. We’re bringing a little of everything to the neighbourhood, somewhere you can come early on and leave at later at night.”

It’s something he feels was missing from Levenshulme.

“Trove’s obviously smashing it with their breakfasts and lunch and their food’s outstanding, but they close at 5pm. The Station Hop’s doing absolutely brilliantly, and our neighbours The Talleyrand a few doors down are doing well too, but they’re both more evening focused.

“We wanted to be an all-rounder, something for everyone any time of the day.”

As the venue expands so will their staff but for now, they’re very much hands on and will be for the foreseeable future.

“We just want to make sure everything goes right and the vibe’s right,” says Oddie.

“We want it to feel like somewhere we’d visit.”