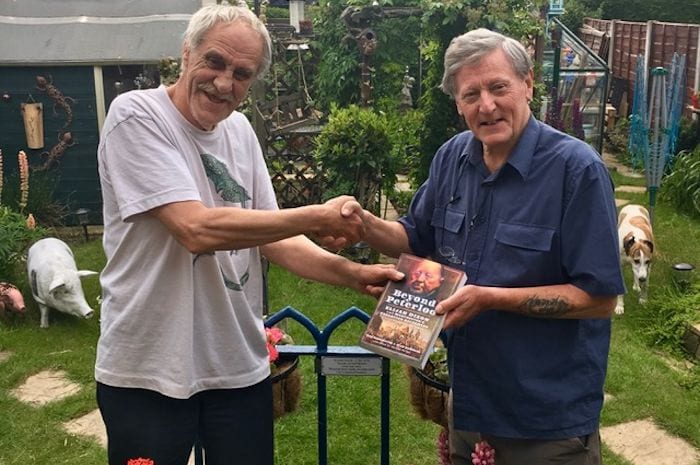 Everybody knows about Peterloo. But how many remember the Blanketeers March of 1817, when a crowd of 25,000, including 5,000 men who intended to march to London to petition for parliamentary reform, gathered in St Peter’s Fields?

The magistrates read the Riot Act, the crowd was dispersed by the King’s Dragoon Guards, and the ringleaders were arrested, transported to London in irons, accused of high treason and imprisoned without trial.

One of them was Elijah Dixon, a remarkable man who was known as “the father of English Reformers,” but whose name is largely forgotten today.

Dixon moved to Manchester from Yorkshire after his family of merchants had been ruined by the Napoleonic wars.

He had a tough upbringing and started work at the age of eight, at a time when there were no laws prohibiting child labour.

He campaigned for a number of popular causes of the day, including temperance and the abolition of slavery, and chaired the first ever Co-operative Congress, held in Salford.

He was in a minority in the reform movement – one of the few who supported universal suffrage, sticking to his beliefs through thick and thin.

He went on to become successful in business, the first mass producer of matches in England, and the man who put the ‘New’ in New Moston.

Beyond Peterloo grew out of clues left by the late Bernard Savage, a New Moston historian who remembered Elijah Dixon’s portrait hanging over the bar in a local Liberal club.

Further research was triggered by Rob’s outrage when he discovered that the name of a street commemorating Dixon had been changed by the authorities, unaware of – or indifferent to – his place in history.

Some disagreement on this subject between Rob and Alan led to them vowing to do further research with the idea of putting the record straight.

“We looked into it and all this wonderful history came out about Dixon going back to the Blanketeers, to Peterloo, to endless protests and rowdy meetings in the 19th century, to his arrest without trial and his imprisonment.

“He’s been taken out of his home in the middle of the night to be interrogated by the home secretary. It’s a good story, isn’t it?” says Rob.

What followed was a two year process of digging and ‘putting everything in order’, which proved to be tricky at times.

“I never fully understood how he [Alan] managed to dig all that out,” admits Rob.

“What he said to me was, ‘I’ll tell you what, I’ll make the bricks if you can build a wall with them.’

“There have been some tensions, I have to admit. And he would admit it too. But it was a two year project and it was a labour of love.”

Although history seems to be simplified or mythologized most of the time, Rob wants his readers to understand that it is hardly ever black and white:

He adds that, at a time when poverty was a big social issue, the political scene wasn’t simply a case of the Whigs being the good guys and the Tories being the bad guys: “There were good, honest principled men on the Tory side who supported much better laws for poor people and so on.

“The book tells the story of how democracy came to Manchester. There have often been rowdy meetings, tables have been turned over. But the sad thing is that when he died in 1876, you only just had the Ballot Act which meant your landlord or your employer didn’t know which way you were voting.

“And not even every working man had the vote by 1876 so there was unfinished business. But he never gave up,” says Rob.

In Beyond Peterloo they aim to rescue a bit of history for the people of Manchester and celebrate the less flamboyant figures who don’t make it to the history books.

“The little guys get missed out. And the not so little guys who actually had to do things like win the vote,” says Rob, who believes Dixon’s bravery is worthy of recognition.

“You’ve got to be brave. You can get sent to prison, and your wife and children get thrown in the workhouse. They stuck together and they helped each other. The more we’ve learnt about it the more we thought this is a story that has to be told.”

Beyond Peterloo, the story of Elijah Dixon’s lifelong struggle for social and political justice, has just been published by Pen and Sword Books.

The authors will be giving a talk to the Newton Heath History Society on Tuesday, 24 July 2018 at 1.30pm, at the Heathfield Resource Centre, off Mitchell St, Newton Heath.