Have you ever wondered what your favourite soap stars are really like? Are you a soap super fan who wants to know all of the off-screen gossip? Here’s your chance to find out.

Soap in the Cinema is a series of live shows offering fans the chance to meet and quiz the stars of some of the UK’s most popular TV soaps in live Q&A style interviews and watch some of the soap world’s most iconic moments on a cinema screen.

We asked Brian Capron, who played villain Richard Hillman in Coronation Street, to tell us more about the new live event devised by actress Debbie Arnold and Tony McHale, who had a big hand in writing EastEnders. 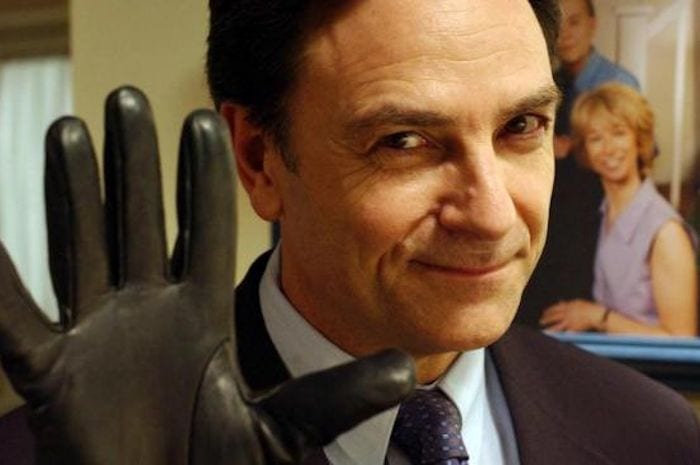 “The idea was to have a live audience in a cinema watching iconic clips from soaps with a company of actors. There’s about 30 of us taking part, and there will be five or six of us at each event.

“We’ll talk to the audience, give some behind the scenes stories about what happened on set and what it’s like to be in a soap – and it’s a chance for the audience to do a live Q&A with us. It’s never been done before and it’s a really exciting opportunity for soap fans.”

Guests will be offered a meet and greet after the event to snap a quick selfie with their soap favourites – something that the actor is more than happy with.

“To us it’s a real pleasure to go and do this kind of stuff. It’s done on a Sunday so that actors that are working can still make it down to the events. People love soaps, and it’s always very interesting to hear audience reactions.

“Obviously, there were certain things with my particular storyline in Coronation Street that people are fascinated about – the final stunt with the car going into the canal for example. There were five cars involved in that stunt and it was a fantastic team of people who actually did the James Bond movies.

“People still come up to me now asking about Coronation Street. It’s a long time ago but people will still walk past me in the street and whisper ‘murderer’ or something like that. I think because Richard Hillman had a sort of pantomimic side to him and dark humour,  people feel like they can joke about it.”

It’s not just a chance for audiences to see their favourite soap stars. It also gives the soap stars themselves the chance to meet up with old friends and work colleagues. So who is Brian looking forward to seeing the most?

“I’m really looking forward to working with Sherrie Hewson on this project. I’ve just finished filming a show with her called Celebrity 5 Go Caravanning. We hadn’t really worked together for a long time before that, but I know her from when we both left drama school in London. We’ve known each other since we were 20 years old, so we’ve crossed paths a lot over the years.”

Would he consider returning to the land of soaps?

“I wouldn’t return to a soap now. You can never say never, but I’m very happy at the moment. In soaps you never really have any power as an actor.

“When I got the role, I was given a six-month contract. I told them if the character was successful, two years would be my absolute maximum because I live on the south coast and couldn’t move up with my family.

“If EastEnders was offered to me then I guess I’d consider it. But what I love about my life now is that I get loads of work and I’m free to do the jobs I really want to do.”

The team behind Soap in the Cinema are also on the look-out for some new soap star talent.

The first of its kind cinema soap written by BAFTA winner Tony McHale will be shown in cinemas across the UK in 2019 – and you could be starring alongside some of your favourite TV icons on the big screen.

Producers even want to find a dog to star in the cinema soap and want you to bring your four-legged friends to the auditions, which will be held in Manchester in October.

Tickets for the star-studded Soap in the Cinema tour go on sale later this month.