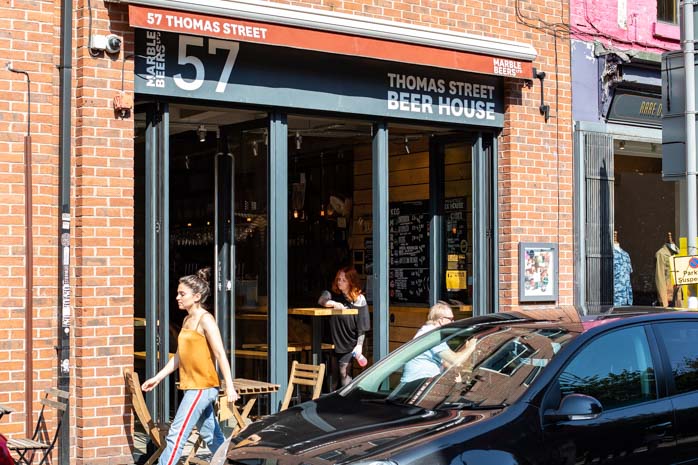 After a whopping ten years stationed at 57 Thomas Street, Marble brewing’s taproom is closing to make way for a new brewer.

Set up in 2010 as a sister site to the Manchester Brewery’s flagship pub on Rochdale Road, its owners have decided to close their Northern Quarter beer house in order to focus on their expanding Salford brewery and taproom instead.

Moving in in its place will be Scottish brewery Fierce beer. Based in Aberdeen, the craft brewer already has two bars in Scotland. This Manchester site will be their first below the border.

After popping up at Indy Man Beer Con festival with a stall last year, taking over as a food village ‘room guardian’ at the annual Victoria Baths event, the owners decided to pounce and open a site in Manchester.

Soon to be nestled in the heart of the Northern Quarter, they couldn’t have found a better site for their taproom if they tried.

Behind the bar, fifteen draught lines will feature a few mainstays alongside rotating specials. In the fridges, there’ll be a selection of canned and bottled craft beers from other brewers from around the world.

Fierce will also carry a selection of spirits for those who prefer something a little stronger.

Carrying on the reputation made at IMBC, owners plan to work alongside local street food chefs on kitchen takeovers as well as collaborating with artists on the interior design.

Opening on Friday 4th September, this weekend will see the launch of a new 8.5% ABV collaboration beer between Fierce and the New Zealand Beer Collective.

Wittily named ‘The Main Event’, head down from 2pm to try it for yourself.