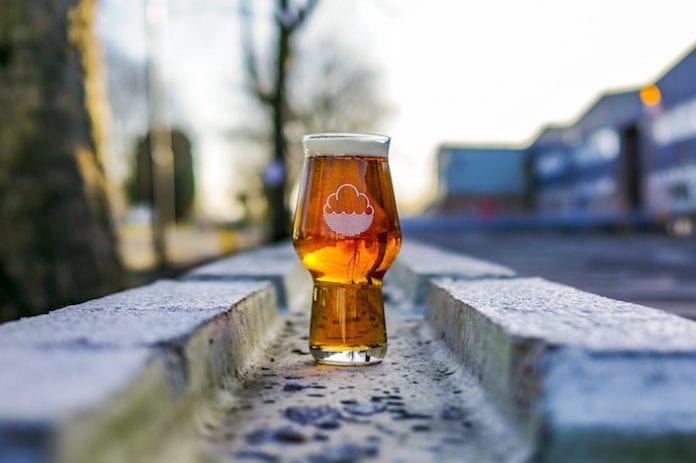 The not-for-profit festival next month will raise money for Manchester homeless charities, including Mustard Tree and Coffee4Craig.

Founded in 1994 by Dave and Shona Smith, who headed out with a flask and sandwiches to talk to rough sleepers across Manchester, Ancoats based charity Mustard Tree now helps hundreds of people each year.

A charity which supports and works with the homeless set up in memory of Craig White who died in 2013, Coffee4Craig operate across the city and also have a drop-in on Oldham Street where they accept food donations to help people in need. They also run a street kitchen, working with partners Not Just Soup to provide hot meals.

The Friends & Family & Beer festival will take place at the beginning of March at Upper Campfield Market, and Cloudwater has invited six breweries that either boast major historical significance or have contributed to the more recent evolution of beer, in Manchester and beyond.

Among the trailblazers is Manchester’s oldest brewery, JW Lees, which was founded in 1828 by retired cotton manufacturer John Lees and remains family-owned today.

The brewery is probably best known for its traditional English barley wine, Harvest Ale, and a rare wooden cask of this beer will be available at the festival.

Joining the line-up are fellow Greater Manchester breweries Marble and Pictish, both of which have played prominent roles in the more recent development of Manchester’s beer scene.

Founded in 1997, Marble was born in the back of the famous Marble Arch Inn and is widely recognised as one of the early innovators in British ‘craft’ beer, creating classics such as Pint, Lagonda and Earl Grey IPA.

Pictish’s reputation is more locally-focused, but the Rochdale-based brewery has developed a strong reputation for creating cask ales that fuse British tradition with flavours more readily associated with modern US craft beer.

Other trailblazing breweries from across the UK include Harvey’s Brewery from Lewes in Sussex, which has been a family-owned business since being set up by John Harvey in 1790, and Fyne Ales and Rooster’s, both of which have acted as a bridge between traditional cask ale and the modern craft beer scene.

Founded in 1993, Rooster’s were one of the first breweries in this country to regularly showcase bold-flavoured American hops in a series of groundbreaking, hop-forward pale ales, and that grounding continues to shine in their beers.

Situated on farmland in Argyll, western Scotland, Fyne is lauded for its full-flavoured cask ales, but has recently launched its Origins series of wild beers that draw inspiration from the surrounding countryside.

These Trailblazers will join another 58 breweries from the UK, Europe and North America, including many of those considered to be leaders in the global field – and a number of which are making their first UK festival appearance.

Cloudwater have stormed the brewing industry with their seasonal, modern beer since Paul Jones opened the brewery in 2015. They’re the only UK brewery to be named among the top 10 breweries in the world, and were last year named second best brewery in the world on RateBeer.

Cloudwater’s Friends & Family & Beer festival will take place on Friday 1st March and Saturday 2nd March at Upper Campfield Market. Session tickets are £60 and include all your beer, served in pours of between 70ml and 190ml, depending on brewery and beer.