New barber shop to open in The Royal Exchange Arcade

12th April 2021 is a key date for Manchester – and for The Royal Exchange.

Not only is it the day that all its non-essential shops reopen – when the next stage of lockdown lifts – but it’s also the date the long-awaited new barber shop opens in the Arcade.

Owned by entrepreneur Matt Bambroffe and business partner Steve Ward, who between them have over 15 years’ experience in the barbering industry, The Butcher’s Chop Shop is a new barber shop taking possession of the previously vacant Unit 8 at The Royal Exchange.

Matt and Steve opened their first barber shop – Jersey Street Social Club – in 2017 in Ancoats, and it was the success of this that propelled them on to their next venture. 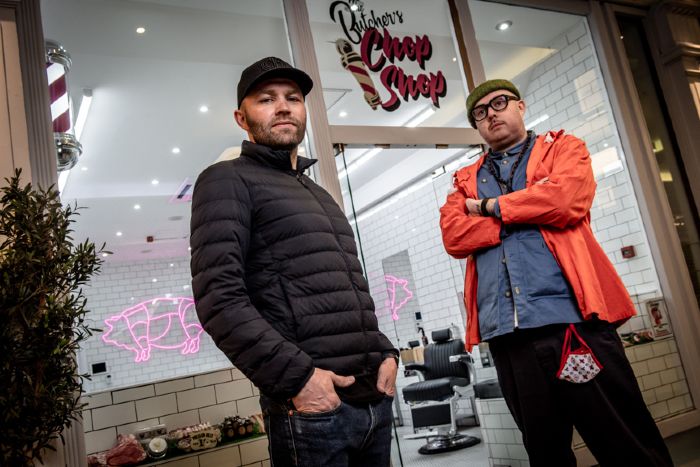 The Butcher’s Chop Shop will mirror the high standards already established with their existing shop, but will be visually very different.

The Butcher’s Chop Shop, which will be headed up day to day by Steve, is decked out in white tiles with a large neon pig emblazoned on the wall to the rear of the shop.

It will be open 9am – 7pm Monday to Sunday, and will offer all cuts, from kids to traditional cut throat. 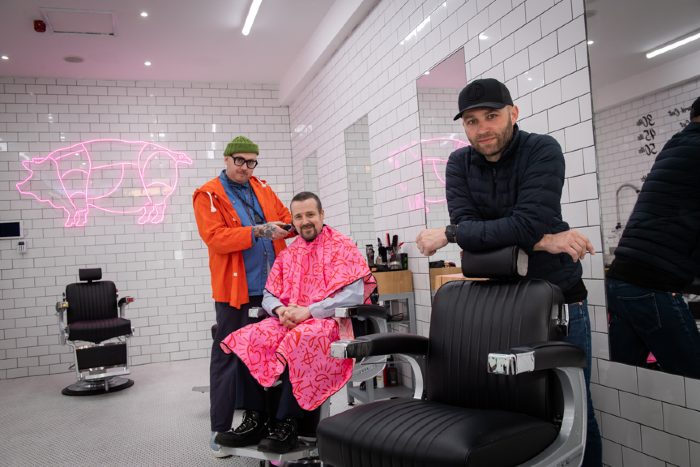 The Butcher’s Chop Shop will also be offering parties for pre-wedding groups, where you can enjoy a cut or shave plus complimentary drinks before heading out to party or chill out in the city centre.

Matt and Steve want a fun, welcoming environment for all.

“The Butcher’s Chop Shop is a fun twist on a butchers shop theme, with a traditional barber shop at its heart,” says Manchester lad Matt, who has a background in business, investing in businesses and various different property ventures in up-and-coming neighbourhoods.

Over the years, he’s successfully invested in the redevelopment of Shoreditch in London and Ancoats in Manchester. 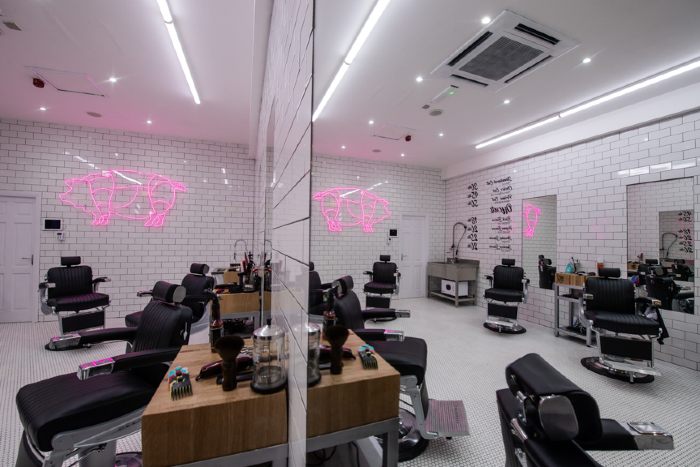 The Butcher’s Chop Shop opens at 9am on 12th April, and the first 100 customers will receive free branded merchandise.

The barber shop is also running a competition with the chance to win an exclusive Pink Card which will get you free haircuts for five years.

The Butcher’s Chop Shop opens in The Royal Exchange Arcade on Monday 12th April at 9am. Download the app here for more information or to book your appointment.