The glitzy hub of Spinningfields welcomes an addition to one of its most popular restaurants today, as Artisan Café opens to the public.

The cafe bar sits?directly beneath the restaurant on Spinningfields’ Avenue North, opposite the celebrity hotspot Neighbourhood. Rather than totally reimagining Artisan’s aestethic vibe, it’s a sleek extension that replicates the quirky modern art and retro feel of the upstairs restaurant, but is more intimate and has its own brand of sophistication.

The cafe’s décor has a vintage feel to it, with big, glass lanterns and eye-catching ornaments complimenting the minimalist artwork on the walls with sleek aplomb. It boasts a capacity of 90 seats inside and will seat 40 in the outdoor seating terrace. It’s dark and brooding, certain to go down well with Spinningfield’s cosmopolitan clique.

During the daytime, the cafe will serve the full Artisan menu prepared in the original kitchen upstairs, but after 5pm it will revert purely to a bar, with a late licence on Friday and Saturdays allowing it to remain open until 2am. 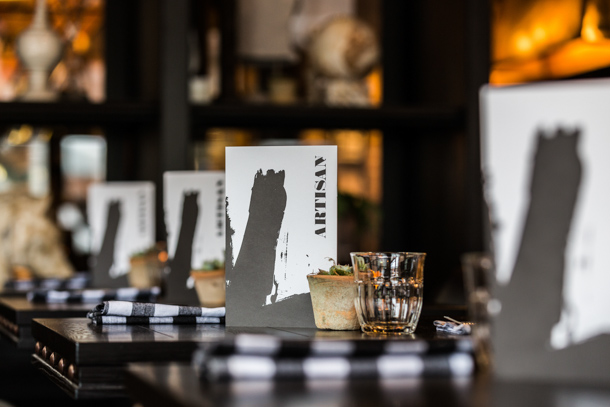 The menu is an eclectic mix of ‘rustic’ buy dapoxetine paypal small plates, including pear and roasted beetroot tarte tatin (£5.95) and baby scallop with curry butter and cauliflower puree (£7.95). Salads, wood-fired pizzas and an assortment of oven-cooked and grilled meat and fish are also the order of the day. We would certainly recommend the Skillet of smoked salmon, poached eggs, green vegetables, hollandaise and crushed potatoes, for one of the most sumptuous lunches in the city centre.

Artisan’s new cafe bar will be joined later in the year by another exciting venture – a first floor cinema bar that will hope to entice even more of Manchester’s abundant creative types.

Artisan was launched two years ago by Living Ventures, the hospitality giants responsible for some of Manchester’s most popular eateries and bars, including Manchester House, Australasia, and The Alchemist.

With more and more people flocking to Manchester, bigger is certainly better to cater for Artisan’s ever-growing demand.