A new boutique hotel has opened its doors in the heart of Manchester just in time for Christmas.

Part of the IHG family, Hotel Indigo currently has 27 properties in Europe (and plans to open lots more) – but that doesn’t mean that they’re all alike.

Every hotel is inspired by its surrounding neighbourhood drawing on its unique culture and popular trends in food, drink and design. So just as no two places are alike, no two Hotel Indigo properties are the same.

The new hotel is situated in the heart of Manchester in a beautifully restored Grade II listed building outside Manchester Victoria station adjacent to the new £800m NOMA district development, which will house new offices for Amazon and a new Co-operative Group HQ in the coming years. 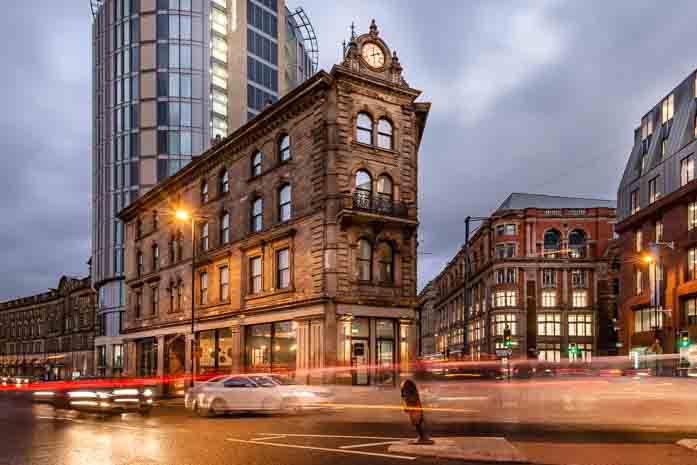 The new property features striking interior design throughout – drawing from the city’s important role in the Industrial Revolution and cotton mill heritage. 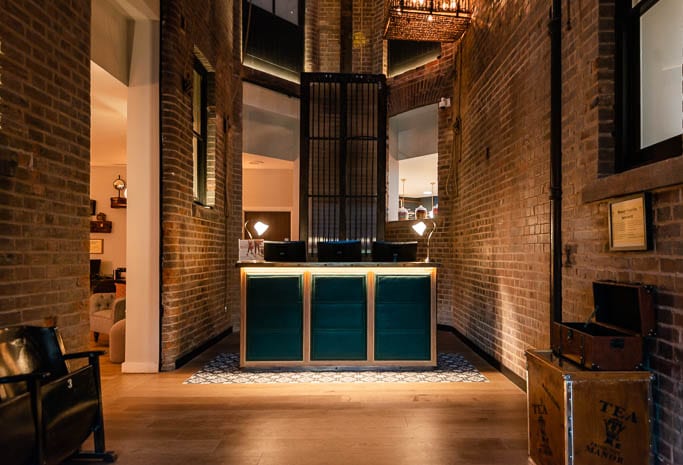 The use of raw materials play up Manchester’s industrial aesthetic, with bare brick walls in the reception complemented by iron pulleys and ropes connecting to lights with bespoke weaved baskets as shades.

Its 187 stylish guest rooms feature rich, raw cotton on the bed, contrasting with green velvet to give that added sense of luxury.

Other notable features include lamps with books as stands and artwork in the form of metal lettering on the walls – a nod to Manchester’s literary and printing past. 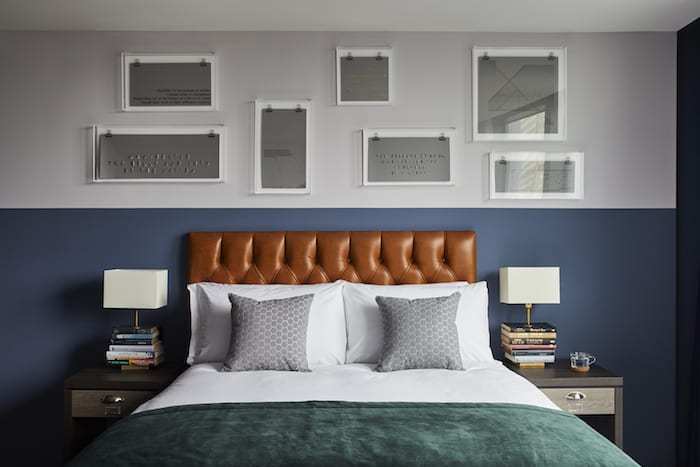 Other rooms feature china pattern motifs to reference our love of tea.

And they’ve made a big effort to stock local products in the hotel. You’ll find them using coffee beans sourced from a local roastery in Salford, fine loose-leaf and silky-bagged teas from Tea from the Manor and beauty products sourced from Lancashire.

This carries through to the adjoining restaurant and bar Mamucium, headed up by award-winning local chef Andrew Green, formerly of the Lowry Hotel’s River Room restaurant, where he gained recognition in the 2018 Michelin Guide. 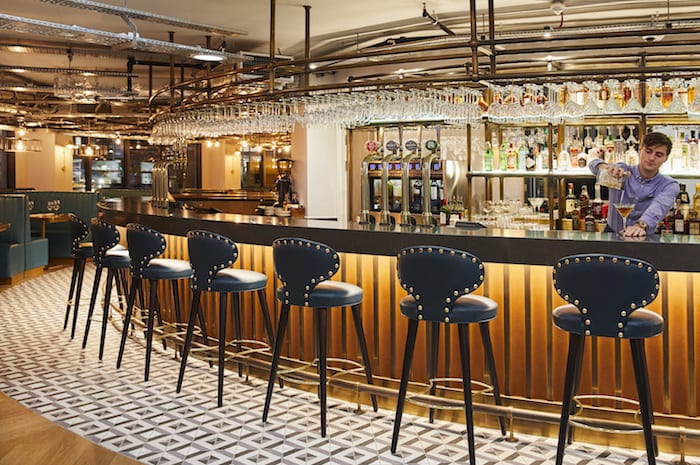 Taking its name from a Roman fort was the birthplace of modern Manchester, the 120 cover restaurant embraces locally sourced produce offering up a modern Manchester menu bursting with regional favourites.

There’s also a cosy café, M Café, in the restored building where you can enjoy locally-roasted coffee beans. 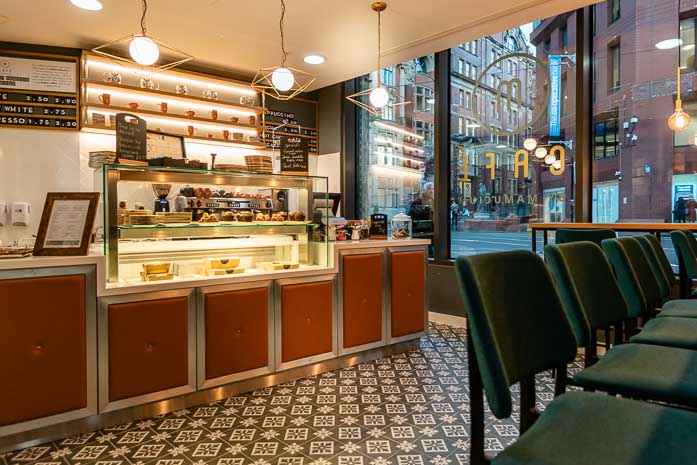 “Working with local designers, the interiors reflect the creative personality of the area, whilst reinforcing this first-class hotel we have created,” says general manager James McDevitt, who has previously held general manager roles at Hotel du Vin Harrogate and the Macdonald Manchester Hotel.

“Each Hotel Indigo property features thoughtful design touches and vibrant restaurants and bars connected to the spirit of the local neighbourhood.”

The hotel also has plans to work with its neighbours at Manchester Cathedral and the Booth Centre in the new year on projects to support the local community.

Rooms start from £183.33 a night and stay includes free wifi and access to the hotel’s onsite health and fitness centre.