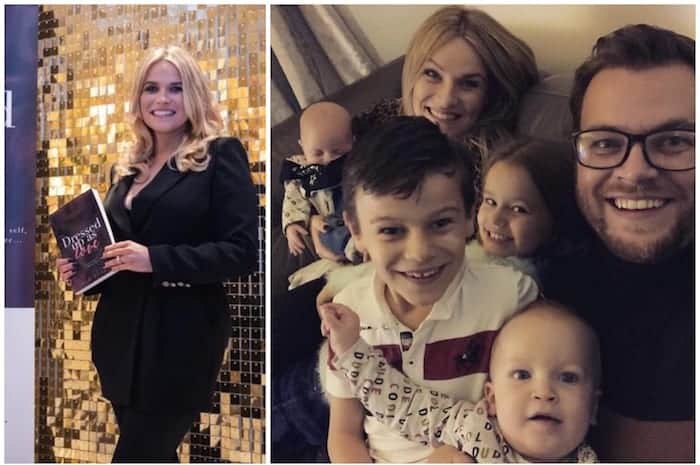 Mum-of-four Laura Stubbs was determined to realise her dream of publishing her debut novel – even while her life was at risk.

Laura, 37, from Swinton, is now winning rave reviews for her first work, Dressed Up As Love, which was released earlier this month.

She hopes to inspire others to never give up on their dreams, after battling a number of health problems over the past 17 years.

Laura says: “Through all the problems and the time I spent in hospital, I used writing as an escape. I don’t know what it is about writing it just makes me feel better. I could escape reality and go into another world.

“It was the best way for me to deal with the situation. I couldn’t sit wallowing and I don’t like thinking negative.

“This book has been a labour of love and I’ve pushed myself to finish and do it despite only being out of hospital for 10 weeks after being in there 6 weeks, and at other points this year.

“It’s taken me 7 years on and off to write it, with up to 12months at a time in-between, but something just kept pulling me back to keep writing it.”

Laura, who runs her own media and PR firm with husband Rob Stubbs, celebrated the book launch with a host of her celebrity friends and family at Manchester’s House of Evelyn.

The compelling romance novel follows the life of Melissa Morgan, a woman tortured by her own thoughts, tormented by mind games and harbouring a painful secret.  Whilst battling to break free from the shackles of one relationship, she is morally torn whether to succumb to the seductive draw of another.

It’s for sale on Amazon, with early reviews saying they “couldn’t put it down” and “can’t wait for the sequel”.

Laura, who is mum to Cole, 7, Lyla-Rose, 6, Archer, 18 months, and Hartley 15 weeks, has been overwhelmed with the reaction so far which has made it all worthwhile.

She said: “I spent my 20s in and out of a wheelchair and writing has always been a therapy that helped me through my long stints in hospital.

“I’ve finally pushed myself this year to finish it and become brave enough to put it out there! After losing a close friend, and then being told to give my husband my wishes for how I want my children to be brought up if I didn’t survive the operation I had in August, I’ve realised how short life can be. You really have go for your dreams even if it’s hard or it scares you!

“I’ve always loved writing, I’ve just always been too scared to put my work out there. It dawned on me, how can I encourage my children to follow their dreams if I’m too scared to follow mine?”

Laura, incredibly, was able to finish her book despite her year of trauma which all began at what should have been a happy time – when she and husband Rob learned they were expecting their fourth child.

But Laura began to experience terrible pain and in February was told by doctors she was bleeding internally and that they would have to terminate the pregnancy.

They believed the baby was growing in a previous C-section scar and that the pregnancy would not be viable.  But Laura, distraught at the news, was keen for a second opinion.

She said: “All the consultants were arguing amongst themselves, and they all kept telling me not to get to attached. After five weeks they decided they found a mass in my tummy and it had doubled in size, I was 16 weeks by then, they said the baby would die and I would die, I was devastated.

“I was meant to have the c-section the following morning to take away the baby. But I could feel the baby moving and I thought ‘I’m not having this surgery’.

“I didn’t go ahead and asked for a second opinion, and I got transferred to Liverpool Women’s Hospital.  It was there they said it was a mass in an old c-section scar, and that it wasn’t related to the pregnancy.”

Laura was able to continue with the pregnancy, but as time progressed and the baby got heavier, she kept collapsing and was rushed to St Mary’s Hospital in Manchester.

She said: “Every time I sat up I passed out from the pain. I was taken back to hospital in July and was bed bound and on as much medication you can think of.” 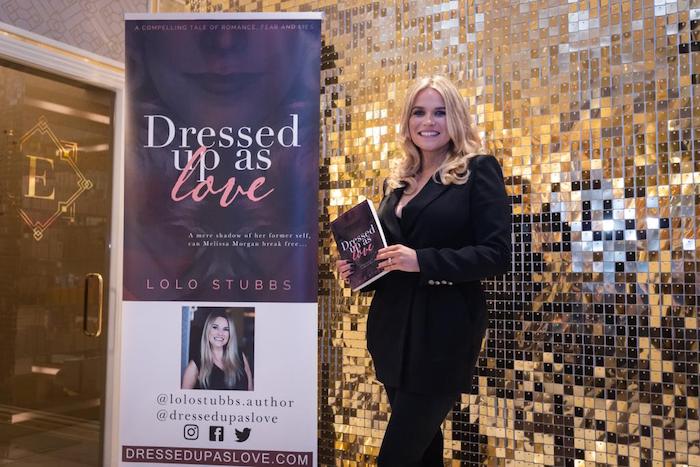 The pain continued to get worse and medics advised that the baby would have to be born early – but they could give Laura no reassurances about either her or baby’s survival.

Laura said: “I was petrified I wasn’t going to come through the operation, I didn’t want to be put to sleep.  One of the hospital psychologists came to see me, it was a week before the c-section, and asked if I had given Rob my wishes about how you want the children to be brought up if it goes the way it could go – that I don’t survive.

“I wasn’t thinking like that, you have to think positive, you have to, but it was very hard.

“I was so frightened, I never thought I’d see Rob and my three children again, I made videos for the family, I kept asking the midwives and doctors will I be ok? But nobody could give me an answer.”

Both mum and baby are now doing well although Laura, who suffers with a rare form of endometriosis, will have to return to hospital for more surgery in future.

And as for the writing?  Laura is already well underway with writing a sequel.

Dressed up as Love is available now on Amazon.