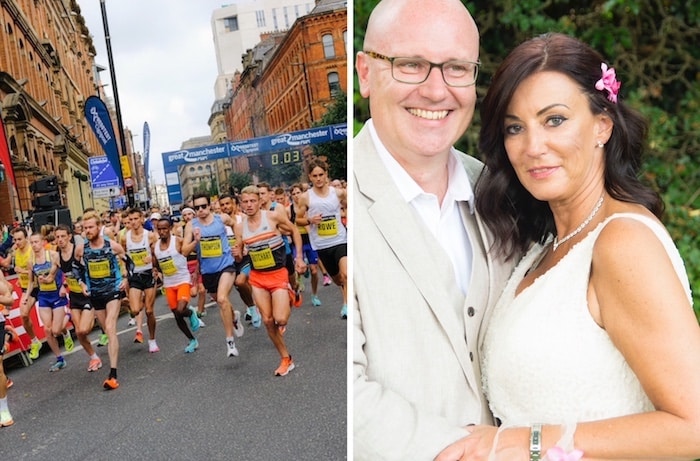 A mum from Hale is taking on the Great Manchester Run alongside her family and friends to raise funds for the Brain Tumour Charity.

52-year-old Tracy Andrew-Williams will be running the 10k race with her husband, Scott Williams, 51, and her two daughters Daniella, 33, and Ashleigh, 29, alongside other family members and work colleagues to raise awareness of brain tumours which affect more than 11,000 people each year in the UK.

In January 2022 Tracy was diagnosed with an inoperable, benign brain tumour which was pressing on her optic nerve and affecting her vision.

She’s now undergoing daily radiotherapy, which is set to finish just one month before the race, which takes place on the 22nd May. 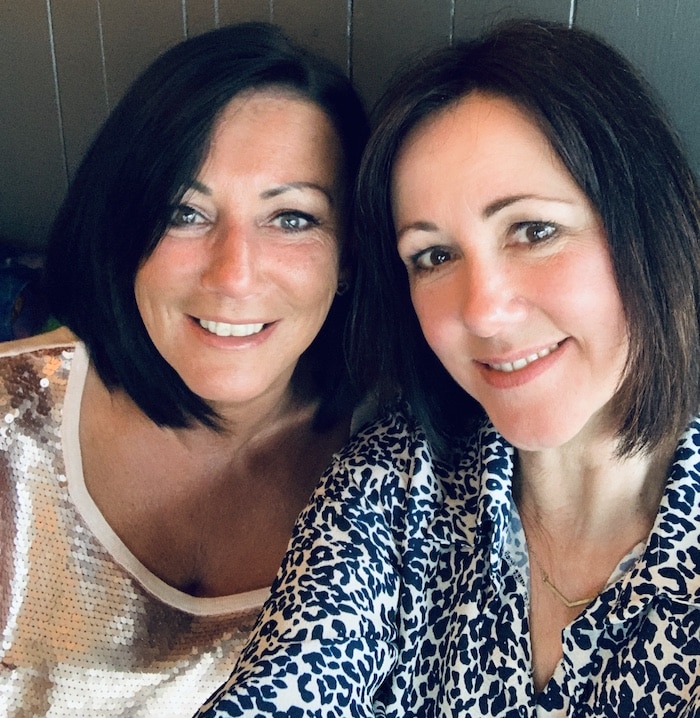 “I’d always had some issues with my right eye, including glaucoma, but my left eye was always my ‘good eye’ then one day my vision in it started to worsen,” says Tracy, who is a personal assistant at Siemen Energy.

“The eye hospital I’m under referred me for scans but I didn’t think too much of it, I just thought it was my eyes playing up – brain tumour never crossed my mind.

“But when I got the results from the consultant I was completely shocked and googling it obviously didn’t help.”

Tracy was told that she had a Meningioma on her left optic nerve sheath and anterior clinoid which was inoperable because of its position, operating could lead to complete vision loss.

Tracy is currently undergoing 30 sessions of radiotherapy at The Christie in Salford, which doctors hope will stop the growth of the tumour.

“The radiotherapy won’t shrink or get rid of it, but they are hoping that it will stop any further growth because at the minute it’s travelling from the brain stem, towards my eye, if it doesn’t stop I could go completely blind or it may travel to the other eye as well,” she says.

“I have a special mask made for my whole face for the radiotherapy, it only has tiny breathing holes and the first time wearing it was quite a scary, surreal experience.

“When they put it on me for my treatment it’s then fixed onto the machine so that the beam can precisely target the correct areas for twenty minutes. It’s not pleasant but I’ll get used to it.

“After the treatment, I can sometimes feel sick and tired, and I’ll likely lose some hair, but I keep telling myself it will grow back.

“My daughter Daniella is a hairdresser so I’m sure she can work wonders if I need her to.”

It was Tracy’s daughter, Ashleigh, who first suggested The Great Manchester Run. 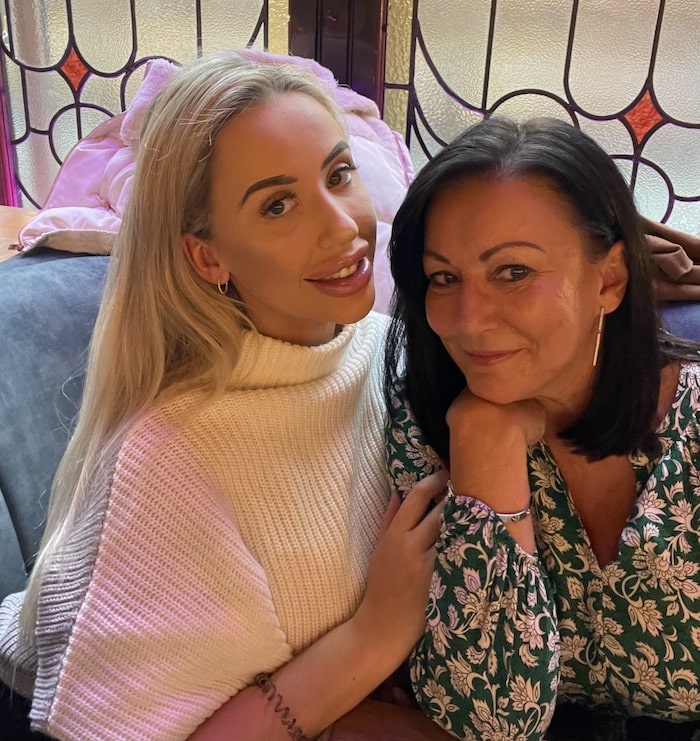 “The Brain Tumour Charity has been excellent throughout the process, I’ve joined a support group through them which has been so helpful,” says Tracy.

“When I first found out I felt so isolated but the group has helped me meet other people like me who really understand what it’s like.

“They also have so much information that has helped me and my family, they even have an app called BRIAN which I can use to share my treatment and hospital appointments.

“Because it’s been so useful, Daniella and Ashleigh said they wanted to run for them, so I decided I was going to do it too.

“Then the whole family got involved, my cousin Jane is running with us and my work colleagues too.

“I’ve done the Great Run before but this time it’s going to be so different, I’ll have just finished my treatment and I’ve been warned that the side effects can get worse once the treatment stops.”

Tracy has been advised that when stopping radiotherapy she may experience symptoms such as fatigue, sickness and headaches due to swelling of the brain.

“I’m determined to finish it and I’ll have my family around me. It doesn’t matter if I walk the whole thing,” she says.

“I’ve never done it in under an hour, but that’s fine. I’m not a runner, I’m here to raise awareness.

“My main priority is to finish it and have a good day.

“The atmosphere in Manchester is always uplifting, so it will feel really special and the live music helps to keep the momentum going!” 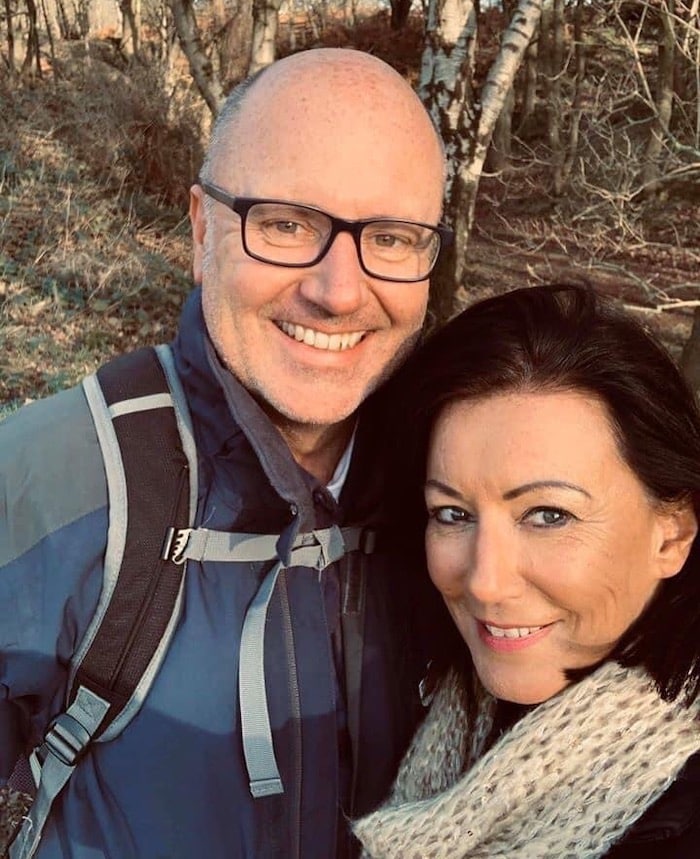 The Great Manchester Run will take place on Sunday 22nd May.

“With entertainment zones that celebrate the spirit of the city at every kilometre, some of the best (and loudest!) crowd support anywhere in the world, and all the action televised live on the BBC, it’s a party atmosphere from start to finish.

It’s a run for everyone, from locals to celebrated athletes, whether it’s your first 10k or your 50th half marathon. An inclusive celebration of Mancunian running, with music blazing, crowds buzzing, legs pumping and fists pumping. The city comes alive on Great Manchester Run weekend.

To donate to Tracy, visit this website. For more information or to enter the Great Manchester Run, click below.