Hundreds of fans from around the world are coming to Manchester next weekend for Europe’s biggest Morrissey meet-up.

The festival takes place on Friday 13 April and Saturday 14 April, with visitors hailing from New York, Los Angeles, Germany, Italy, Sweden and beyond.

There’ll be a Mozarmy meet-up on Saturday night at The Star and Garter, the pub which won a reprieve from the threat of demolition as part of the Mayfield redevelopment, featuring a live set from Jose Maldonado, the Mexican Morrissey, as well as sing-alongs to Mozeoke karaoke, an all-night Smiths and Morrissey disco, a quiz hosted by Hacienda DJ Dave Haslam and a chance to meet Morrissey’s ex-bandmates.

Jaime Harding from Marion will perform at his first gig since being released from prison in December, singing a mix of his own songs and Morrissey hits.

“Morrissey has always been a constant in my life and, as I have said many times before, I feel his music has taught me more than anything else about life,” he said.

On Friday night, there will be an all-request disco at the Star and Garter hosted by Mexican Morrissey. A limited number of tickets are available.

On Saturday afternoon, the wife of late Inspiral Carpets drummer Craig Gill will be bringing back her husband’s legendary Smiths Manchester Music Tour, visiting locations referenced in Morrissey’s lyrics, in a one-off spin around the city on the iconic double decker Mozbus. 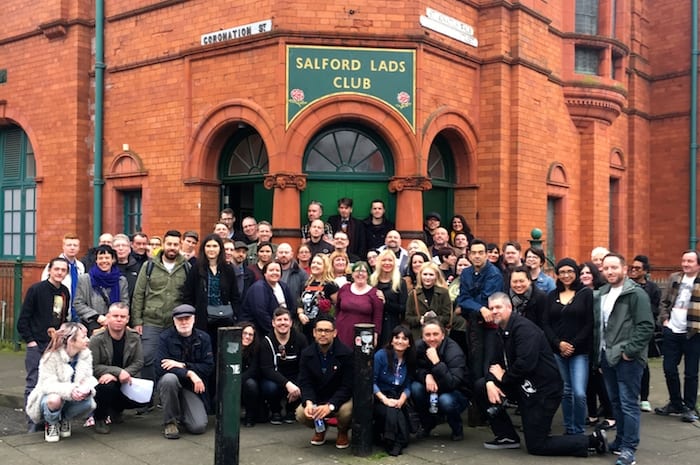 Smiths fans will have the opportunity to experience once again how this iconic band made its mark on the world on the guided tour.

Stops include Strangeways prison, instantly recognisable by Smiths fans from the album Strangeways Here We Come, and Salford Lads Club, synonymous with the band because of Stephen Wright’s iconic picture on the sleeve of The Queen is Dead LP. Following a guided tour, fans can gain access to the dedicated Smiths room.