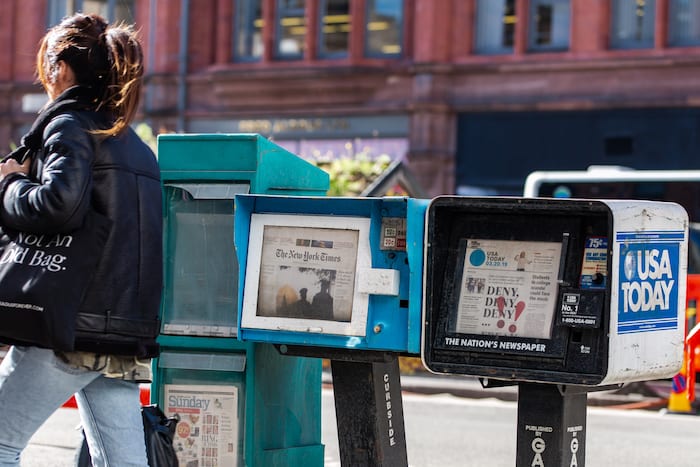 Manchester’s hip Northern Quarter is being transformed into downtown New York – for major new Hollywood movie Morbius being filmed in the city this week.

As you can see from our incredible photos, there are now American street signs, US mailboxes, and the New York Times being sold from traditional street vending boxes, while one building is being transformed into the entrance of a subway station called Front Street.

A host of yellow NYC taxis were also spotted being ferried in to the Northern Quarter on Monday, ready for filming in the afternoon, and New York buses were also driving around Stevenson Square.

The movie explores the background of comic book Spiderman villain Dr Michael Morbius, who will be played by My So Called Life star Jared on screen, while other famous faces in the film include Dr Who star Matt Smith as Loxias Crown and Adria Arjona as Martine Bancroft. 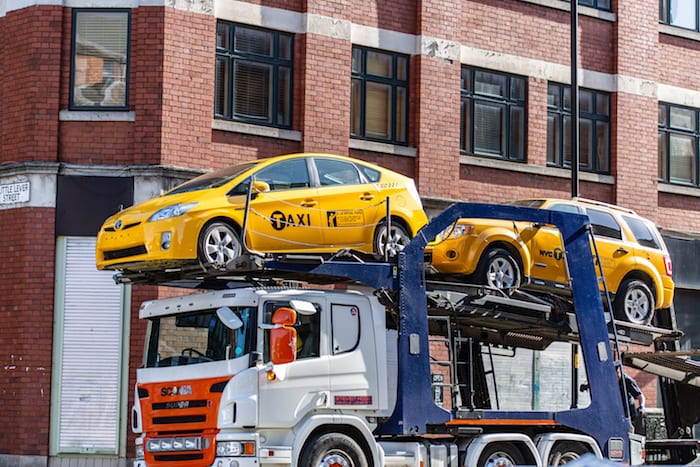 And eagle-eyed comic fans have also spotted that a van with the word Kraven Pastries on it on set on Stevenson Square may hint at another character being involved in the action.

For Kraven also happens to be the name of another Superman villain – Kraven the Hunter – who is rumoured to be getting his own big screen outing at some point in future.  May he also feature in the Morbius movie? 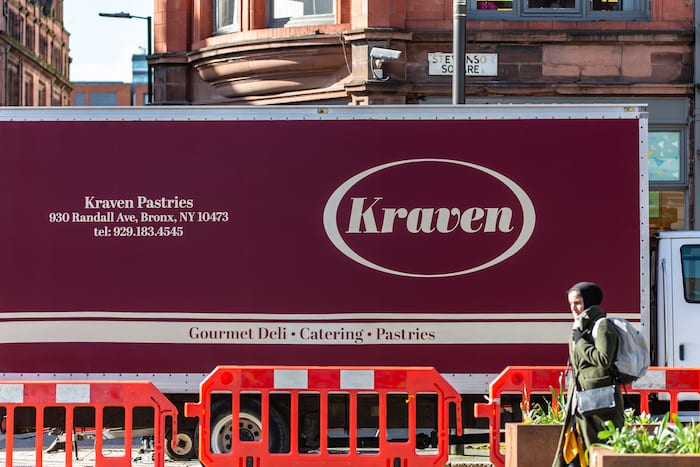 There’s been no sign of leading man Jared in Manchester just yet, but we are keeping our eyes firmly peeled over the next few days, with filming due to start on Monday afternoon in the Northern Quarter.

The main hub of filming activity is set to be Little Lever Street, with road closures in place from 4pm on Monday.

But it’s thought that filming could continue in Manchester until Thursday this week.

Actor Jared started filming on Morbius at the start of March, sharing a photo of his first day on set with his fans on Twitter.

It’s certainly not the first time the Northern Quarter has been used as a double for Manhattan in the movies.

In 2011 another Marvel superhero movie headed to the Northern Quarter when Captain America: The First Avenger filmed on Dale Street.  And back in 2004 Hollywood heart-throb Jude Law also caused a stir when he shot a series of scenes for the movie Alfie in Manchester which again doubled as New York.

If you snap any shots of the Morbius filming in the Northern Quarter that you’d like to share, email us here at [email protected]