Over 5,500 jobs have been supported through the delivery of 571 new homes that house around 750 residents at Middlewood Locks - and there’s more to come
Share
Tweet
Share
Chat

The £1 billion development of Middlewood Locks, a new and award winning 25-acre mixed-use neighbourhood emerging between Salford and Manchester city centre, has reached a milestone as it celebrates five years under development.

With phase one completed, phase two due to complete this summer and phase three about to start on site, the delivery of Middlewood Locks is still only midway through – yet the economic impact is already considerable.

To date 5,555 jobs have been supported through the delivery of 571 new homes that now house around 750 residents – and a further 546 new homes that will be ready for occupation this Summer.

Seven Bro7hers Beer House and Co-op convenience store are fully operational and thriving as part of the growing amenities in the neighbourhood. 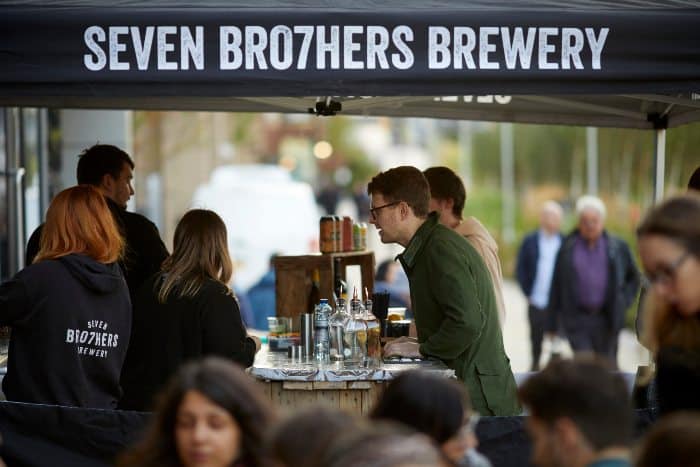 An independently commissioned report on the socio-economic value of the phase one delivery at Middlewood Locks shows that over 900 hours were committed by preferred contractor Beijing Construction Engineering Group International (BCEGI) to community and CSR activities.

Further to the report, 66% of the BCEGI workforce for phase one came from the immediate Salford area – and 98% of waste removed from the site was recovered for recycling.

Developer Scarborough Group International also sponsored a full Masters Bursary through a design competition, and is supporting two apprentices studying a degree in Building Surveying, both with the University of Salford.

The total local economic benefit to the Greater Manchester sub-region for phase one at Middlewood Locks is an impressive £131.5 million.

Approximately 37% of the total project turnover was spent with suppliers from the sub region, generating an additional £46.5m for the Greater Manchester economy. 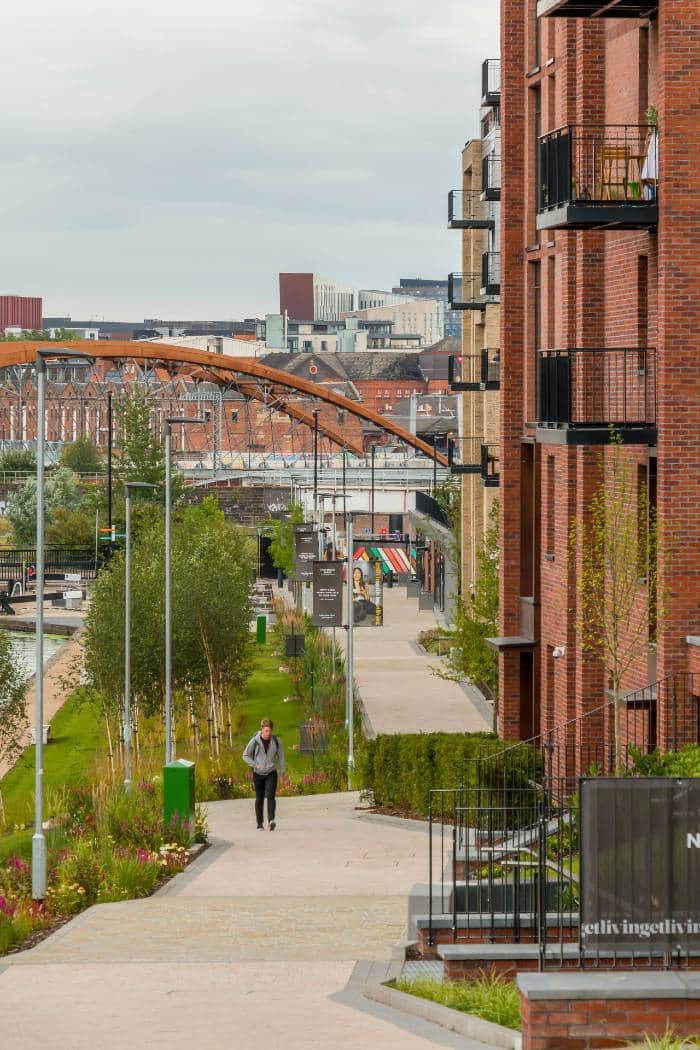 When completed, Middlewood Locks will provide a total of 2,215 new homes and 900,000 sq ft of commercial space, including offices, hotel, shops, restaurants, and gym.

With landscaped areas of green public and private space, the scheme is being developed around three large basins of the Manchester, Bolton and Bury Canal which connect to the River Irwell and is a short walk from the central business district and retail amenities of Manchester city centre.

In September last year, detailed planning consent was secured for the delivery of phase three, comprising a further 189 new homes in addition to the 1,117 homes either under construction or completed.

This includes one to three-bedroom apartments situated in two buildings of 10 and 12 storeys on the northern side of the canal and a collection of canalside three and four-bedroom townhouses, suitable for family living. 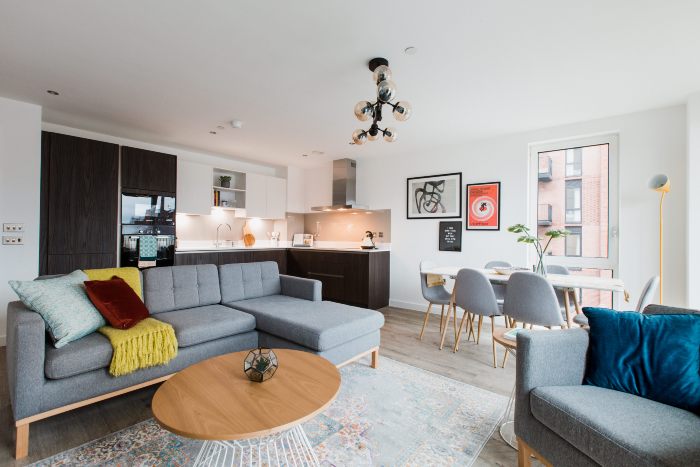 Phase three will be launching for sale later this Summer.

This phase will also incorporate 5,150 sq ft of ground floor commercial/retail accommodation and an additional 4,970 sq ft of offices within an already thriving community hub where wellbeing is at the core of an ongoing events and engagement programme.

Strategically, Middlewood Locks is a critical link in the chain for a very ambitious regeneration picture for the city of Salford.

Sitting alongside the Ordsall Chord and adjacent to Salford Central station it bridges the all-important connectivity with Manchester city centre through new public walkways, cycle routes and public realm.

To the West, it will eventually connect to the new £2.5 billion Salford Crescent for which the masterplan delivery priorities were recently announced by Salford City Council. 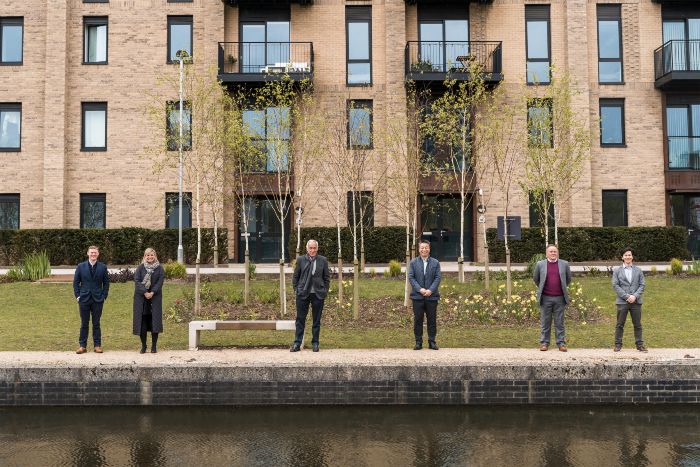 “We are delighted to reach such an important milestone in the delivery of Middlewood Locks with some really tangible evidence of its impact on the local economy so far,” said Kevin McCabe, chairman at developer SGI.

“These figures not only demonstrate our huge commitment to providing much needed new homes in the region but also the results of considerable time invested by our partners to impact on the local community in very positive ways.

“We are committed to this project for the long-term and will fulfil our vision to create a fantastic new neighbourhood that bridges the gap between Salford and Manchester city centre, with a truly sustainable delivery programme.

“There is so much more to come.”

“We are delighted to continue to work closely with Scarborough Group International in bringing the plans to reality,” said Mr Yu Dongwen, Lead Director at BCEGI.

“It is wonderful to see such great progress at Middlewood Locks for both construction delivery and in meeting all of our important social value commitments.

“We are very proud of the work we have done that is creating an inspiring neighbourhood for Salford, along with thousands of jobs and enabling economic growth.

“We have established a really positive working partnership with Scarborough Group International and the project is hugely rewarding for all of our team.

“We would like to take the opportunity to say thank you to everyone involved so far, this really is testament to the efforts of all who have contributed.”