Brad Carter is the chef director of Birmingham’s Michelin-starred Carters of Moseley, which offers 14-course tasting menus for £125.

Today, he is launching a kebab restaurant in Manchester’s Freight Island, with prices around £10.

But these are not just any kebabs. Brad is using the same top quality ingredients as you’d find in his fine dining restaurant for his latest project, One Star Döner Bar. 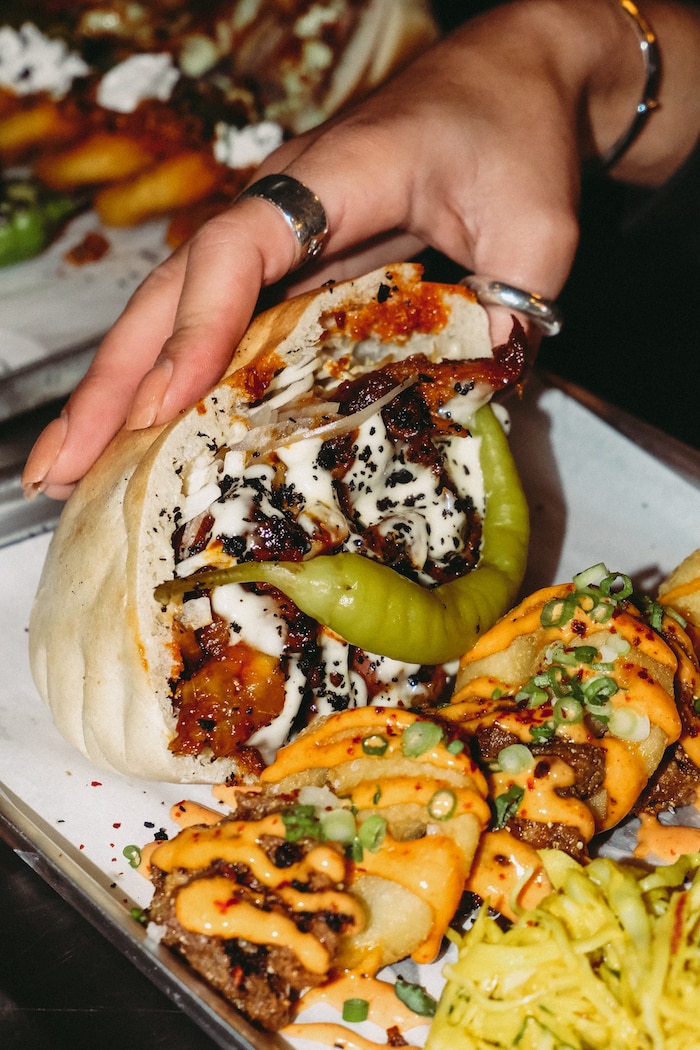 Inspired by Mustafa’s Gemuese Kebab, one of the best dishes Brad has ever eaten, Brad launched the highly successful One Star Döner Bar during lockdown while his restaurant was shut.

“I queued up for four hours for that kebab in Berlin,” he laughs. “It was about minus ten, and I questioned everything about myself.

“But I ate it and it’s a food memory that stuck with me forever because it was just so good.”

Brad launched the highly successful One Star Döner Bar in Birmingham during lockdown, while his restaurant was shut, “basically to bring joy to people’s lives.”

But when he sold 250 portions within the first five minutes, he knew he was on to something.

It also kept his kitchen team together, and meant he could continue to support the suppliers who usually sourced the ingredients for his restaurant. 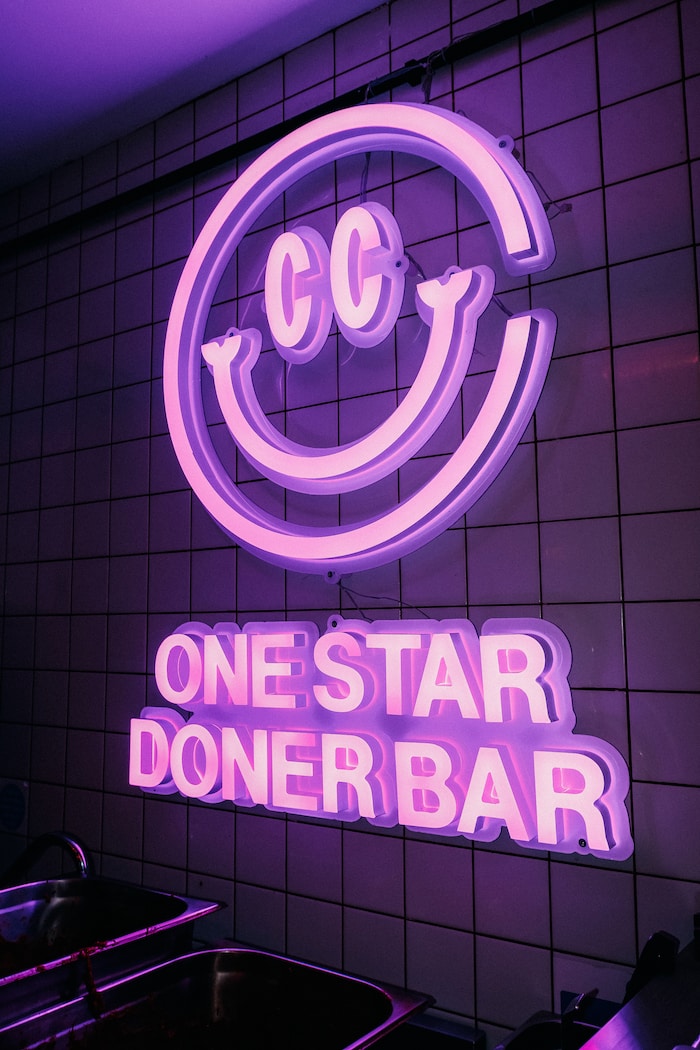 The kebabs, all served on pide flatbreads sourced from a Turkish bakery in Manchester, include fillings of Cornish lamb raised on seaweed, Tamworth mortadella, and Cotswold white free-range chicken. 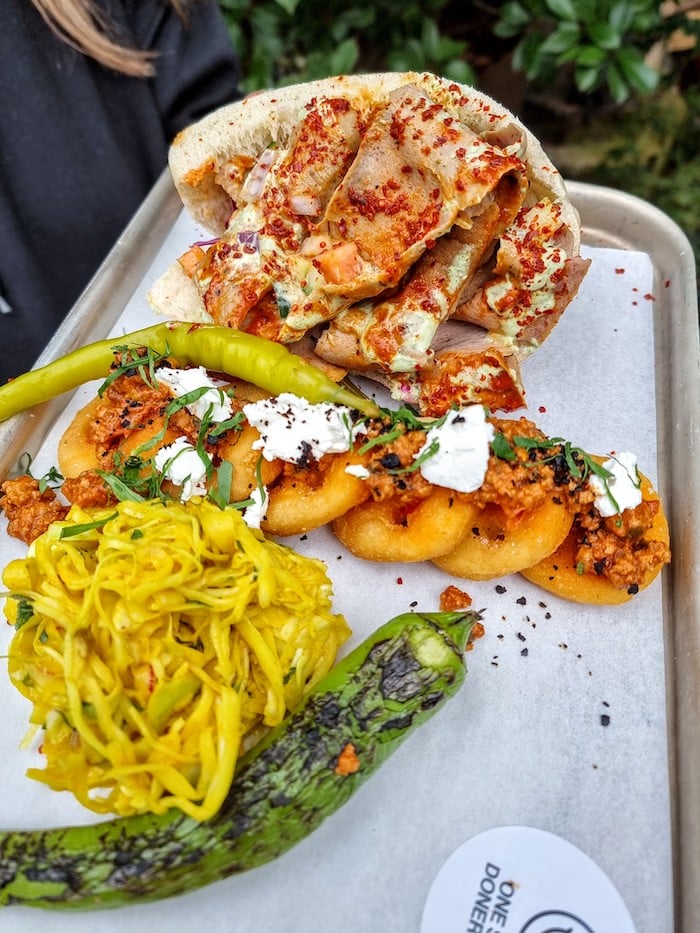 Chicken nuggets are a cut above the usual, using buttermilk brined corn-fed chicken thigh meat and a shawarma spice mix.

“Then after marinading, they’re dipped in two different starches and quickly fried for the ultimate crunch,” he says.

You’ll also find Brad’s signature potato smileys on the menu – a nostalgic memory of childhood, but given a new twist.

They’re also a nod to the chef’s love of the rave scene, as seen in his sauces which are named ‘house’, ‘acid house’ and ‘hardcore’, and his vivid yellow ‘techno slaw’ which is flavoured with turmeric and shiitake mushrooms.

The smileys are available as a side for £5 (or £13 for a meal), served with either hot wing mayo or cacio e pepe sauce. Doubled fried in meat fat for incredible crispiness, they’re a million miles away from the oven tray versions we had as kids. 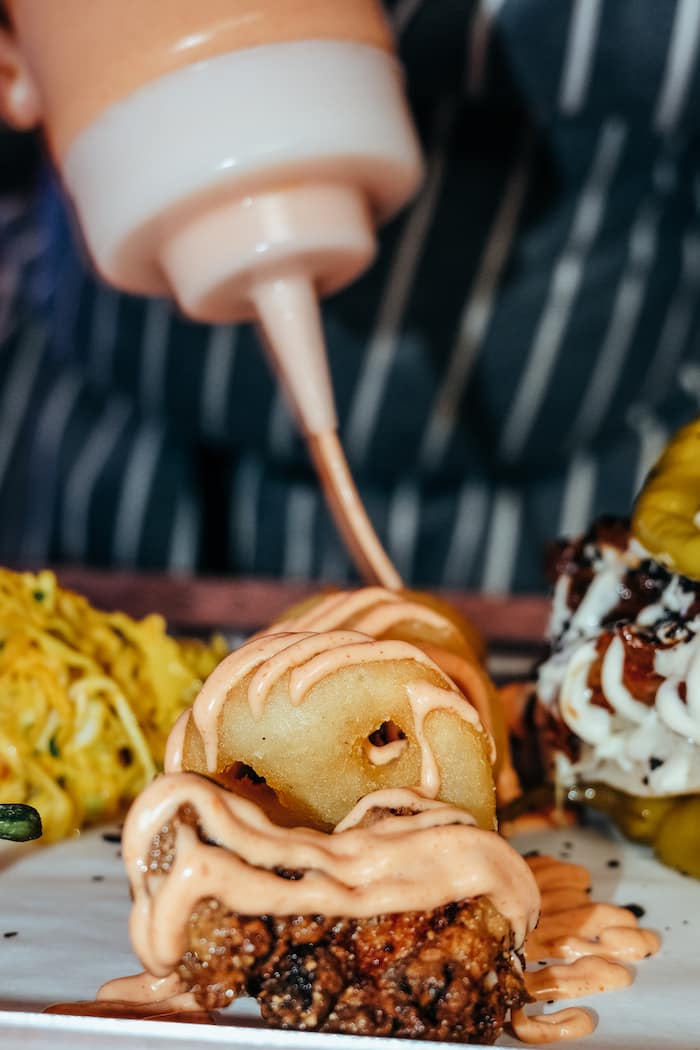 “My last meal of the week when I used to go out raving for six days on the trot was potato smileys, Findus crispy pancakes, beans and coleslaw,” he says.

“I always have them in my freezer now, I actually prefer them to chips.”

Well, actually they do.

“I serve them with caviar,” he says. “We double fry them and season them with salt and dried vinegar, so it’s like having a blini with caviar.” 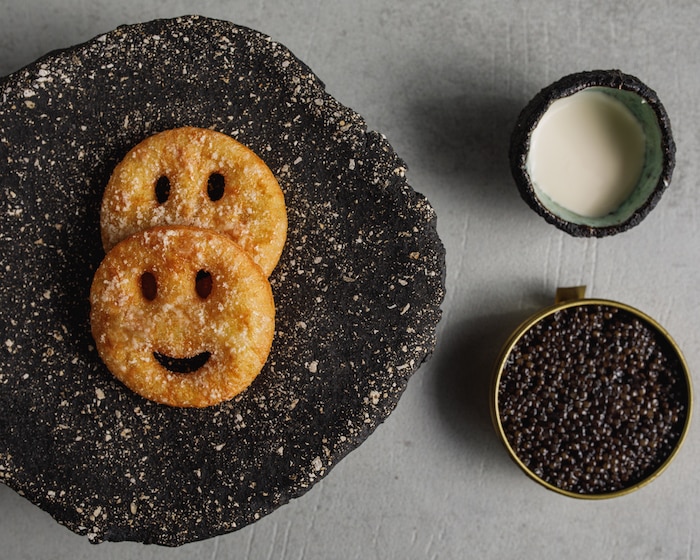 Originally from Birmingham, chef Brad and his partner Holly Jackson opened Carters of Moseley in 2010, and they’ve had a Michelin star for six years.

But Brad didn’t take the normal route other successful chefs take. There were no stages in Michelin starred kitchens, no mentors holding his hand or showing him the ropes.

He did it the hard way, self-taught, rolling with the punches and bouncing back off the ropes.

“I just had jobs that improved my skill set as a chef,” says Brad, who started out in a pub kitchen and then worked in Spain for two years after college.

“I really didn’t want to work for anyone well known, to work for someone famous and take on their style.

“I wanted my food to be unique.” 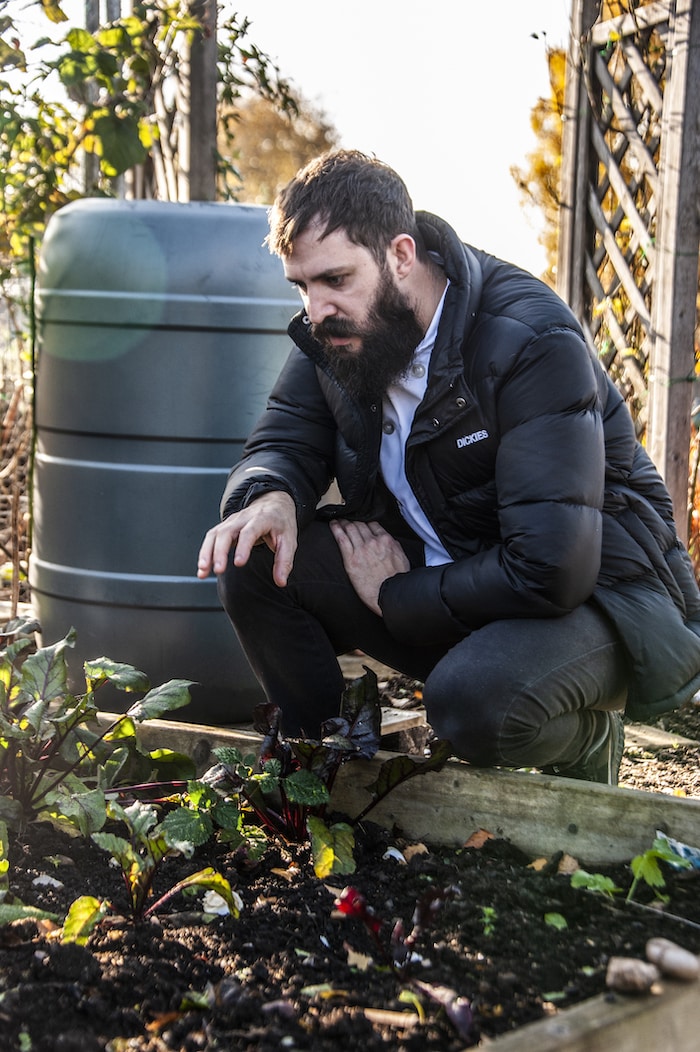 And recognition for Brad’s own dishes celebrating British produce at Carters soon came from the top when the restaurant won Good Food Guide Readers’ Restaurant of the Year in 2013 and then were awarded a coveted Michelin star in September 2015.

“Getting the star was life changing,” he says. “It’s like being given an Oscar for what you do.”

The restaurant then went on to be named in the Sunday Times Top 100, National Restaurant Awards Top 100 and won the OpenTable Diners’ Choice ‘Fit for Foodies’ Award in 2019. It also holds 3 AA Rosettes.

And Brad is now bringing the same discipline and creativity to Manchester with his kebabs. 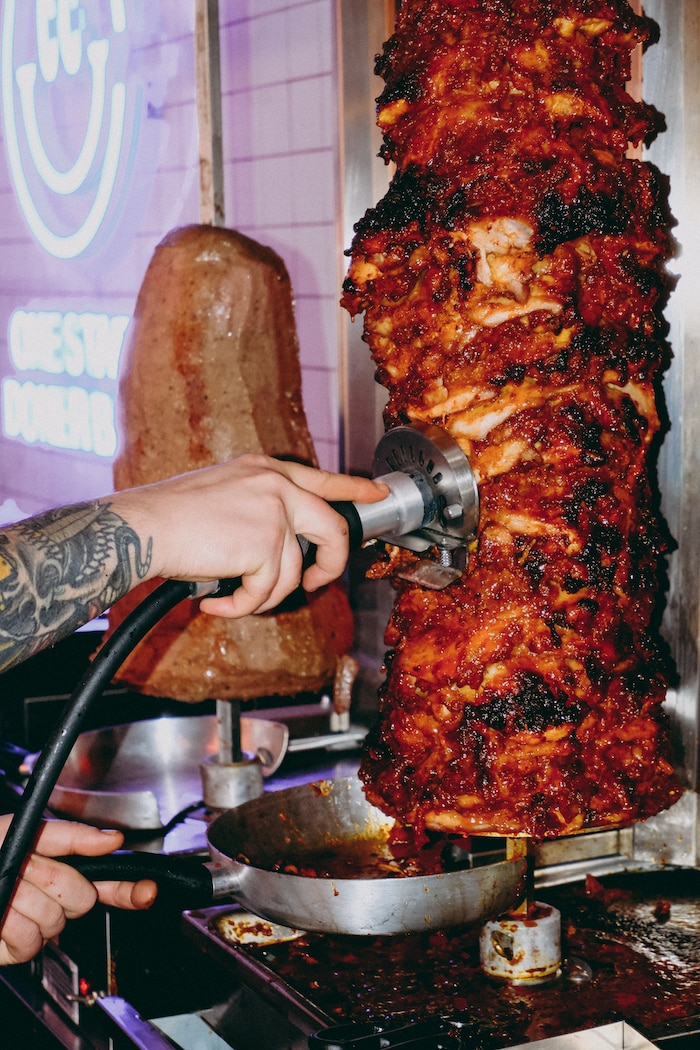 “It’s accessible food, but with the same products,” he says.

“We’ve got a big team of chefs working on this to keep the quality and consistency.

“I want everyone to come here and be blown away by the food.”

Judging by our preview tasting, it looks like that will be no problem at all.

One Star Döner Bar is open now at Escape to Freight Island, Wednesday to Thursday (4pm – 12am) and Friday to Sunday (12pm – 12am). Bookings and walk-ins are available: escapetofreightisland.com.