Local hip-hop band The Mouse Outfit have been making waves on the UK hip-hop scene for some time now.

They first appeared on the local scene back in 2010 as the house band for the now-extinct club night In The Loop. A cross between an open mic and hip-hop night, In The Loop would see local MC’s competing in an effort to win their highly coveted £50 cypher prize.

Heading down to play classic hip-hop breaks for the cyphers, the guys quickly began to build relationships with a new wave of local rappers, many of whom have since gone on to feature on their records and in their live shows.

Now, two highly acclaimed albums and many dynamic live shows later, the group return home to Manchester this week with two homecoming shows at Band On The Wall. We caught up with them in advance to hear about their 2017 highlights and find out what next year has in store for the group.

How’s the tour been and how does it feel to be playing at home again after spending so much time on the road?

The tour has been going really well with some of the biggest crowds we’ve played to in the UK. This was a new line-up for us with Ellis Meade and Dubbul O joining Dr Syntax on all the shows. The response has been great and we’ve really enjoyed taking a brand new show on tour.

Do you have anything special planned for your homecoming shows?

Most of our featured artists are based in Manchester so we try always try to make our hometown shows the biggest and best on our tour with a host of special guests. This week at BOTW will be no different.

Which nights do you like to go out to when you’re at home?

We’re blessed with some of the best DJs in the country in Manchester so it’s great to be able to head to see residents smashing as hard as anyone. Personal favourites for us are Reggae Thursdays, Space Cassette, Swing Ting, and Hit n Run. We haven’t been down to it yet but we’re keen to check out the next Regal Disco. Heard lots of good things.

What do you think about the Manchester hip-hop scene?

The consistency of high-quality hip-hop coming out of Manchester seems to increase every year. We’ve had the new Kinkai, LayFullStop / Free Wize Men and Children of Zeus releases on rotation in the tour bus recently – plus the solo releases from Dubbul O and Sparkz have been of a really high standard. We’re always keen to check out what’s coming next though. We can’t wait to see what Blind Mic is going to be doing with his Future Bubblers project!

Your third album drops next year. What can we expect?

The next album includes production from Chini, Defty, Metrodome, Pitch 92 and Deese. So far I think we’ve recorded about 14 different musicians on various tracks. There is definitely more of a focus on melody and live instrumentation than some of our previous albums. Our last single with IAMDDB shows a little bit of a more soulful / jazzy leaning I guess. Can’t really say much more than that. You’ll have to wait for the album! However, if you come down to the shows at BOTW you will hear us playing some brand new material live for the first time.

What else have you got planned for 2018?

We’ve got festivals, UK tours and European tours getting booked up at the moment – but we’re particularly excited about our first tour to India which should be happening in February 2018 if all goes to plan.

The Mouse Outfit appear at Band On The Wall on Friday 8th December. Tickets here. 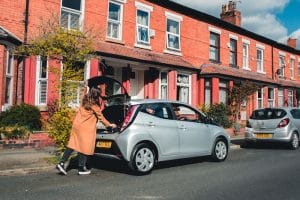 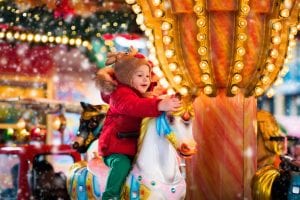