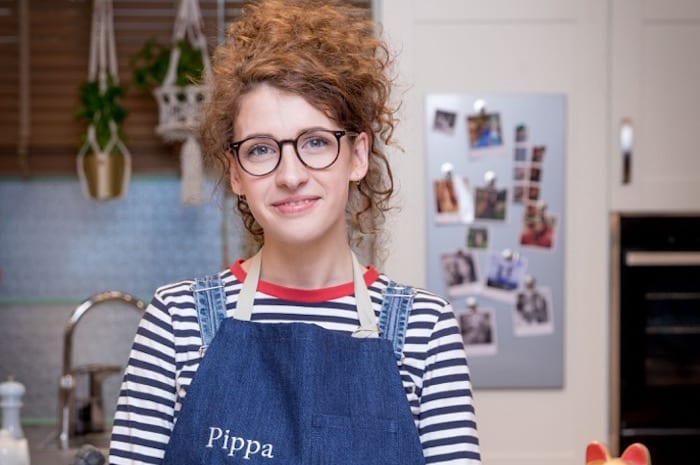 Fans of Masterchef and Bake Off will currently be enjoying the camaraderie and great dishes on show on the BBC’s current iteration of the cooking show, Britain’s Best Home Cook. Ten budding home chefs are introduced, placed into a shared house and set a range of tricky technical tasks to show off their prowess.

What’s shone through isn’t just honest, homely food but the kindness and supportiveness of the whole team. Competitors help and advise each other, get hands on with one anothers’ recipes, and celebrate together.

One of the standout stars of the show has been Pippa Middlehurst, an oncology research biobank technician from Salford with a knack for east Asian flavours.

Each week, she’s put a twist on a range of beautifully presented home classics with a huge smile on her face.

“When I first met Mary, I got really starstruck,” says Pippa, “and I know a lot of the others did too.”

She says it was “unbelievably surreal” to have the world famous home cook and TV judge eating their food.

Over time, “Mary just became one of our friends. Obviously, you wanted the food to be good, but I always want my food to be good for whoever’s trying it, really.”

The programme was  “genuinely really hard,” she says.

“For months on end, all we’d think about from the minute we woke up to the minute we went to sleep was food and recipes. And when we got in the studio, it was long days.

“None of us had ever had a camera in our face before. I know it sounds a cliché, but you forget the cameras are there because all you care about is making a lamb shoulder, and not making it gross!”

Cooking is how she shows that she cares. “There were a lot of home cooks with big families in the show, I think sometimes cooking is a necessity, so passion comes from that.” Without passion, she says, “you’re not going to get any inspiration.”

The story behind her becoming a passionate home cook is heartwarming. She grew up in Newton-le-Willows, where her mum worked two jobs.

She learned to cook from her gran, who taught her all the basics. “Me and my brothers would stay at my grandparents’ house pretty much Monday to Friday. She’d stand me on a chair at the work surface next to her, put an oversized apron on me, and she would show me how to do things.”

Her grandad took the family to a Liverpool dim sum restaurant, Tai Pan. “We have one here in Manchester on Upper Brook Street,” she says.

She wasn’t afraid of trying anything as a child. “I was really adventurous, I really loved all the dim sum.” And when they’d eaten, they’d visit the supermarket beneath Tai Pan.

As she developed her own identity in the kitchen, she’d see recipes with specialist ingredients you wouldn’t be able to get in the supermarket.

“I used to think ‘I know where I can get that!’ My gran and grandad have both passed away now, but I still go to that exact same supermarket – the one in Manchester, W.H. Lung. I still go for dim sum in that restaurant with my dad most weekends!”

After years of tasting and trying her hand at new things in the kitchen, not much scares her.

Pippa’s veggie curry was a winner on #BritainsBestHomeCook and it’s brilliant to make ahead if you’re feeding a crowd – just serve with flatbreads or rice. https://t.co/fT6Y2kskKD #BBHC pic.twitter.com/8dHwyWA5Qj

She admits, however, that she still can’t bake. “I don’t have a sweet tooth at all.”

Manchester’s food scene has been a definite inspiration to Pippa. “There’s so many people in Manchester I have so much respect for. Sam at Where The Light Gets In is doing incredible things,” and she’s impressed by Pollen Bakery.

“Chris and Hannah built that from nothing, and look how well that was received!”

She was recently described by the MEN as a “noodle queen” after hosting a recent supper club at Pollen’s new site, creating an Asian feast for their crowdfunding donors.

Having achieved a higher profile after being on the show, she hopes to host supper clubs around the city. “It was always my dream. I’ve only felt able to do that because of this city.”

She’s lost for ideas when asked what her one desert island dish to cook and eat would be.

“They asked me this on the show and I think I said Dan Dan Noodles – but it changes depending on the day. So right now, because it’s sunny, I’m really craving Vietnamese food. It would probably always involve noodles!”

If you fancy taking a leaf out of her book and want to boost your home cooking game, “find somebody who writes recipes you identify with,” says Pippa. “And start simple. Food does not have to be complicated – just simple fresh ingredients, put together well. It doesn’t have to be hard at all.”

Any last words, I ask. “Support your local food people!”