Salford-born Katy Lipson is head of Aria Entertainment and co-artistic director and resident producer at Hope Mill Theatre. Earlier this year, she was named alongside Hope Mill co-founders Joseph Houston and William Whelton in The Stage’s 100 most influential people.

We caught up with her to chat about her career and Hope Mill’s latest production, The Return of the Soldier. 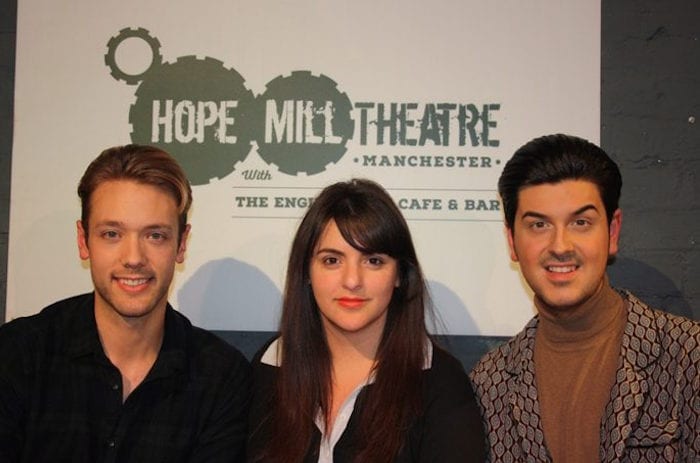 How did you get to be a producer?

I studied Human Genetics at UCL and then completed a one year musical theatre course at The London School Of Musical Theatre followed by a classical music degree at Goldsmith’s. I was always a musician, singer and huge musical theatre fan, plus I was interested in business and loved numbers and finance.

The first show I produced was when I was 19 and it was a chamber musical I had co-written. Following that experience I continued to produce small revue shows and support new musicals as well as working as a freelance vocal coach, musical director, performer and singer-songwriter. It wasn’t until I was 25 when I became incredibly ambitious to focus on producing and had a light bulb moment of ‘this is what I want to be’. I started to learn more about what commercial producing was and how I was going to get there. I set up Aria and this is where I am now.

What generally attracts me to a musical then I would say it depends if it’s a revival or a new piece. The revivals I have focused on have always been musicals which have stayed with me since I first heard them as a child or teenager – Pippin, Tommy, Aspects, Parade, Hair. They gripped me with their stories, music and heart.

If it’s new, then it’s the story and how it’s matched by the score. Is it saying anything new? Have I heard this story before? And, most importantly, will others wants to hear it?

Are you able to take risks on as many new shows as you would like to?

Not at the moment. If I had a Hamilton, Wicked or Lion King, I’d probably personally back a home for new musicals! The art form needs subsidy and it needs a greater number of artistic leaders behind it regularly.

What has been your career highlight so far?

It’s such a hard one but probably The Addams Family UK Tour and Hair at the Vaults. Two huge journeys for me from building something from nothing. Hearing a show with a huge orchestra in a 1500-seater theatre and seeing the vision I had for Hair coming to life in two tunnels under Waterloo Station.

You, William and Joseph make a great team but it must be hard work. What keeps you motivated?

Ultimately the work. The audiences. The wonderful companies we get to work with. We are artistes and we can’t help but try and facilitate and make art however hard it gets! I wake up every morning with a new idea.

What’s been the hardest thing about producing at Hope Mill?

The artistic result is so thrilling due to the intimacy of the beautiful space. The audience reactions are unparalleled, touching and inspire us to continue. The hardest thing is the financial constraints. For the first two years, Hope Mill and I have invested our life savings in our first eight shows and started to attract a couple of backers. But the shows are not-for-profit and we haven’t quite raised enough money yet to pay ourselves a wage. We wanted to produce high quality shows in volume and that doesn’t give you enough time to fundraise effectively. There’s also been many long nights with us painting sets because we can’t afford a workshop to do it.

The Return of the Soldier is a chamber piece. What can people expect?

A beautiful, emotional, heartfelt musical with one of the most gorgeous scores of music. It’s epic and grand yet small in force. It’s a very special show. The most favourite new musical I’ve ever produced.

What attracted you to this show?

I was a huge fan of Charles Miller and I had started working with my good friend and collaborator Guy James who has promoted Charles’s career to date. I heard one song and read the synopsis and was in. It moved me and I fell in love with the music and lyrics instantly.

Why should audiences should come and see The Return of the Soldier?

It’s such a special story. A relevant and human one. It’s romantic, powerful and classy. It’s innovative in that it has just five actors but the emotion of Miss Saigon and Les Miserables. It’s poetic and very moving. It’s unmissable.

Find out how you can enjoy pre-show dinner with Katy, Joe and Will here.

The Return of the Soldier is at Hope Mill Theatre from 6th – 29th September 2018.