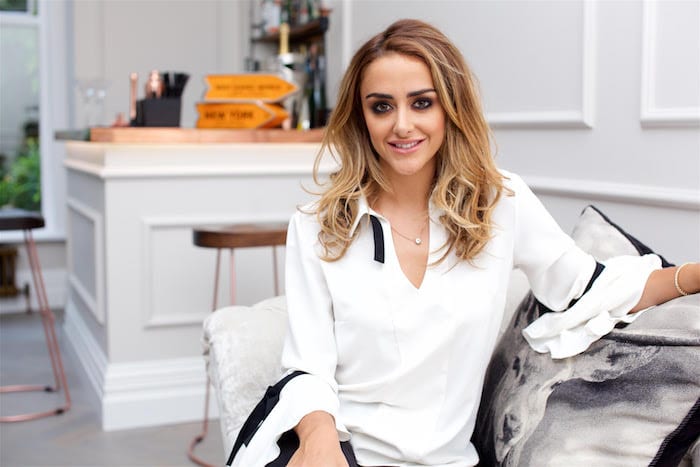 When the eighth series of the Real Housewives of Cheshire hit our screens last month, fans of the show were excited to discover some new changes to the cast.

Two previous housewives, Stacey Forsey and Nermina Pieters-Mekic, have taken guest roles on the show, whilst two new cast members have been added into the mix.

We spoke to reality TV newbie Hanna Miraftab about joining the cast of the ITVBe show, her impressive professional career, and her engagement to cosmetic surgeon to the stars Dr Martin Kinsella.

Hanna was born in Reading but moved to Manchester with her family when she was just a baby. She pretty much grew up around the Bolton area before moving to Liverpool aged 18 to study dentistry.

“I studied dentistry for five years and then decided that I wanted to move to London and experience the London way of life. I landed a training post in the big smoke and moved there.

“After living in Clapham for two years working in my training position, I got a position at the Kings College Hospital. I really didn’t think I’d get it because there were thousands of applicants and only eight places. After working there for a while, I decided that hospital dentistry wasn’t for me and I wanted to go into general practice.

“I moved back up to Manchester, lived with my parents for a while and got myself a job as an associate dentist. After working there for a few years, I got a job at Kiln Lane in St Helens.

“Then the opportunity came up to buy the practice. The owner was 75 and didn’t work or run the business and I told him that I was interested. He thought I was the perfect match and the sale completed in March. Now I own and run Kiln Lane. In the meantime, I moved to Hale and that’s where I’ve been living with my fiancé Martin.”

Hanna, who went on to study for a part-time master’s degree in prosthodontics after studying dentistry for five years, now runs her own successful practice alongside clinics at husband-to-be Dr Martin’s Re Enhance cosmetic surgery in Cheshire.

“I do the odd clinic at Re Enhance, but obviously since buying the practice I try to focus all my energy and efforts on that because that’s my baby and my main loyalty lies with Kiln Lane.”

She tells us that when she was younger she had no idea what to do career-wise and tried her hand at several different roles before deciding on dentistry.

“Nothing is every the same in dentistry, so it keeps your mind active and it’s so dynamic. It’s constantly changing – you never get bored. I love talking with and working with people, the communication aspect of the role really appealed to me.”

Hanna’s fiancé Martin is no stranger to the ITVBe show himself, having appeared in the 7th series giving longstanding cast member Lauren Simon a cosmetic thread lift. She says that this is what set the wheels in motion for her to become a fully-fledged cast member on the show.

“Because Martin is quite a well-known anti-ageing doctor in Cheshire, he has got quite a lot of celebrity clients including the Housewives’ Lauren Simon.

“We were at an event and Martin’s PR got chatting to me and asked if I’d ever thought about going on the show. I would have never thought of doing this in a million years. I’m a dentist, that’s what I’ve always been.

“One thing led to another and before I knew it I had a camera crew in my apartment filming a casting tape. It was sent to London and the production team loved it – and that’s basically it. It all happened within about 3 – 4 weeks and I just thought, why not? Let’s do it!”

Is a career in TV something that she is passionate about pursuing ahead of her dentistry profession?

“My world is completely different to this one. It’s like a parallel universe to me. I’m used to working every day with my hair tied back and no make-up on and now the next minute I’ve got a glam squad in, my hair up in rollers and I’m going out for champagne with Dawn Ward and Seema. It’s crazy.

“What surprised me most is that you don’t realise how much work actually goes into these kinds of programmes. I watch it back and think, ‘I was filming there for five hours and it’s only two minutes on screen.

“Dentistry is my passion and my business is my baby, so I’d never abandon that. I’ll always keep my hand in dentistry. I don’t know what opportunities may arise from the show but never say never. I’ll have to see if other things come along.”

Hanna tells us that it’s only natural with any group of friends that some people get on with others better. And it’s no different on Housewives.

“I get on with those that are most similar to me. Business women in the group. Dawn, Seema and Stacey – who is now just coming into the show as a guest. I already knew Lauren through Martin and I’d met Nermina a couple of times at events.

“My favourite moment is probably the meal that we had when we were away on holiday. It’s yet to come so you’ll have to wait and see what happens.”

And with Hanna and Martin planning to get married next September, will she be returning for a second series, and would they want their wedding to feature on the show?

“All being well it’s something that I have really enjoyed, and I’d love to continue with. In terms of the wedding itself, we’ll cross that bridge when we get to it. It’s not until September next year, so it depends how it all plays out. It’s difficult to say at this point, but it’s something that we’d definitely consider.”

The Real Housewives of Cheshire airs Mondays at 10pm on ITVBe