Meet the man who supports his team 3,000 miles from Manchester – and wrote a book about it 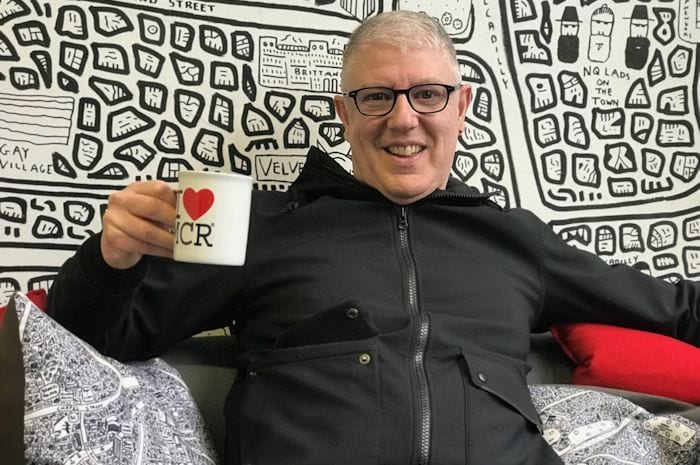 Nowadays it’s easy to stay in touch with your team. You can watch live games in almost any country in the world. We take it for granted.

But when physiotherapist Gary France moved to the USA, there was no internet and no cable or satellite television channels broadcasting football.

He moved there in 1995 for a job, intending to stay for a year. He still lives there.

He remembers the day he started supporting United – 5 April 1975. The day Lou Macari scored against Southampton to seal promotion back to the old Division One.

And he remembers the day he flew to the US – 15 May 1995. The day after West Ham goalkeeper Ludek Miklosko played a blinder to stop United from winning another Premiership title.

These days Gary can watch live coverage of every match from his home on the shores of Lake Huron.

Back then, however, he had to rely on two week old British newspapers he bought from a book store in Detroit (“I was living life in retro”), transatlantic phone calls with his dad holding the phone against the radio or TV (“it cost a fortune”), and tape recordings sent from home.

He bought a short wave radio to listen to live commentaries on the World Service and learnt where to stand in his garden to get the best reception.

His life changed when a friend showed him a clipping from a local newspaper about the only place in the entire state of Michigan – which is roughly twice the size of England – where you could watch live games.

He drove for 50 minutes in an old Thunderbird which used more oil than petrol to get there.

The Britannia Club had been built by British expatriates and resembled an old fashioned working mens club. It had a red telephone box, a bust of Queen Victoria and served hand pulled pints. Live games were projected on to a screen on a darkened stage from an old satellite box. 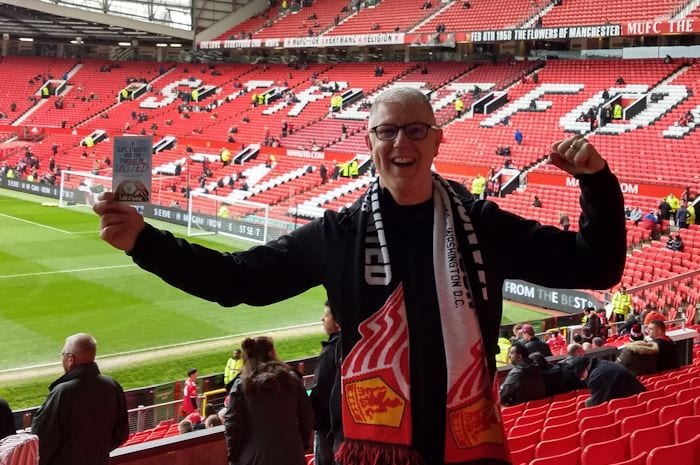 The first match he saw there was on 1 October 1995. United 2 Liverpool 2. Cantona’s return after his eight month ban.

Things got even better for Gary in 1997 when Conor O’Neill’s, an Irish themed pub, opened in Ann Arbour and started to broadcast live matches. That became the place where Gary watched United and where he got to meet other football fans following their teams too.

“That moment proved to be the catalyst for the book that I knew I had to write,” says Gary.

That book was finally published on Saturday. It was an emotional day for Gary. He was in Manchester for a couple of days to promote the publication of his book and managed to get a ticket for the Liverpool game. It was his first match at Old Trafford for 25 years.

Life, Liberty, and the Pursuit of United is published by Fish Out Of Water books (‘Michigan via Manchester, England’), a company owned by Jon Wilson, another expat United supporter living in Michigan.

But it’s not just about Gary and his dedication to United. It’s about the extraordinary lengths football fans go to to follow their teams thousands of miles from home.

Life, Liberty, and the Pursuit of United is available from Amazon. Follow @gazbfrance.