When Canto opens in September, it will be the first Portuguese restaurant in the city centre. And with Simon Shaw of acclaimed King Street restaurant El Gato Negro behind the new venture, expectations are high.

But foodies should also be excited about the restaurant’s new head chef Carlos Gomes, the Porto-born chef whose impressive CV includes stints at Japanese restaurant Koya and Michelin-starred Barrafina in London.

“The man’s a genius,” said Simon. “To watch Carlos at work in the kitchen is something else. He has a quiet confidence about him, an attention to detail and pride that’s hard to find. And he delivers it with no theatre. He’s one of the nicest and most unassuming guys you could hope to meet.”

I met Carlos for a strong black coffee close to the site of the new restaurant in Cutting Room Square to find out more about him – and what we can expect from Canto when it opens next month. 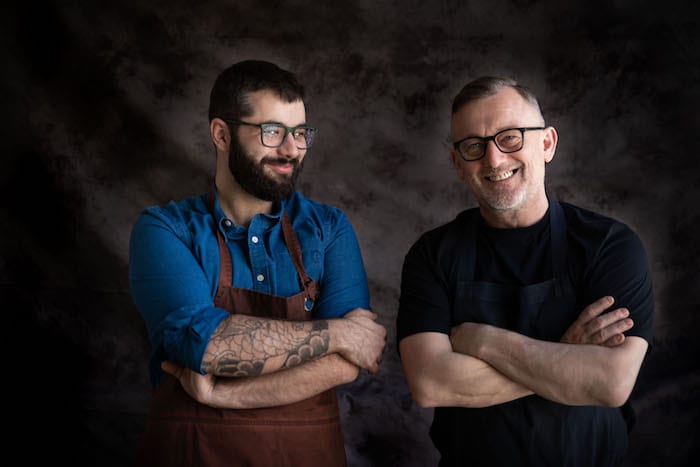 The 31-year-old chef moved to Manchester last August, and started working with Simon at El Gato Negro in September.

“I met Simon in a Portuguese restaurant in London and we just came together,” he says. “The way he thinks is very similar to me, and we work really well together.

He started cooking at a young age. “Both my grandmothers like to cook, and when I was a kid I used to cook with them,” he says. “I always just enjoyed being around the kitchen. And obviously I still love it now.”

He began his culinary career at the age of 21, and moved to London in 2011 to work at acclaimed Japanese restaurant Koya in Soho. In 2013 he started working at Barrafina, which he describes as a career-defining moment, working his way up from sous to head chef in four years.

“I got a Michelin star as a sous chef, and I kept it when I became head chef. It was really hard work, but worth it, without a doubt.”

Having earned a Michelin star himself, what does he think of the city he now calls home still not having one?

“I think it’s sad,” he says. “Manchester House is very good, The French is very good. And I don’t understand why they don’t have a star. I really don’t get it.

Carlos is not focused on winning stars – though, of course, he values the recognition.

“I don’t aim for a star, but obviously if it comes, I appreciate it,” he says. “It’s a reward for my hard work. But mainly, I just want people to really enjoy my food.” 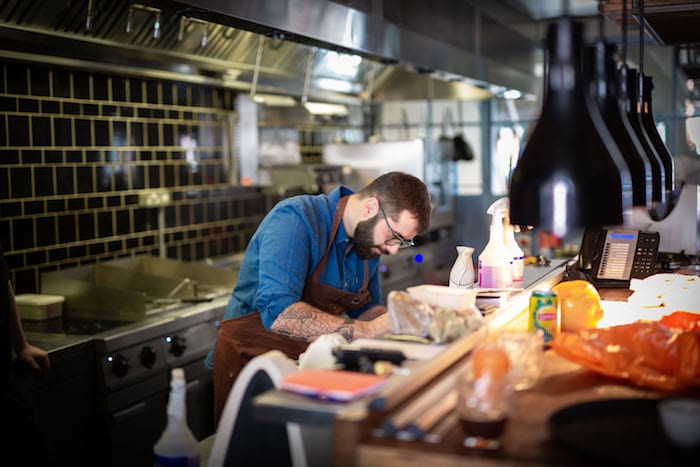 The menu of small plates at Canto will be traditional Portuguese with a twist, says Carlos, and quality ingredients will be allowed to shine without being overshadowed by lots of complicated processes.

“The food will be simple,” he says. “There will be things from all the different regions, and the islands as well. It’s not a big menu. With desserts and everything, around 25 dishes.

“It’s how we eat in Portugal. Sometimes when you go out with friends you just want to nibble. And when you go out with family, it’s nice to share a good steak, or roast meat, or piece of fish. There will be seasonal specials which will change every couple of days. It should keep everybody interested.”

There are a few signature small plates on the menu which are especially evocative for Carlos.

“There is a dish with octopus, I’m sure everyone is going to love it,” he says. “It’s traditional Portuguese but done in a different way.

“And there will be some dishes that remind me of when I was small. Aubergine, for example. My grandmother used to grill aubergine, and we would have some cheese on the table, and I’d have that when I came back from the beach when I was a kid. And there was the smell of the sea and seaweed. It’s all memories for me. I can’t wait to share them with everybody.” 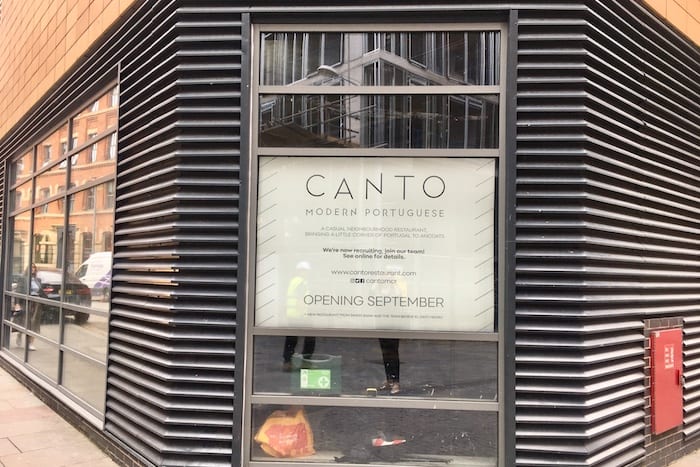 Carlos is passionate about Portuguese food. His dream is to eventually open a restaurant in Porto, his home city. But for the foreseeable future, he is concentrating on Canto, and bringing a taste of Portugal to Manchester.

“Everyone knows about Portuguese custard tarts,” he says. “Everyone loves them. But Portugal is not only custard tarts. There are so many other dishes. Whenever people go to Portugal, they always say how much they love the food. The food needs to be shown more over here. And Canto will do that.

“It’s a 100% Portuguese restaurant. The wines are Portuguese. The ingredients. Well, not all of them. The vegetables will come from Manchester. England has really good ingredients, including some of the best tomatoes I’ve ever tried. English greens are really, really good. So why not use them?”

Although Carlos misses his native city, Manchester has won him over.

“The only thing I miss is the sun,” he says. “And I miss the sea. I’m from the seaside. But I’m very happy here. If it were a little bit closer to the sea, Manchester would remind me of Portugal. It’s a hard-working city of industry, and Porto is like that. It reminds me a bit of home.

“It’s good that Manchester isn’t as big as London, though. London is very stressful, and there are way too many people. It’s very crowded. And although the tube is good, it takes ages to go anywhere. If you want to go from one side of the city to the other, it takes an hour and a half easily.

“We can walk everywhere in Manchester. It’s a much better quality of life. And Manchester is so friendly. It’s just part of its identity. I love Manchester.”