Meet the Manchester chef who gave Vimto a fine-dining makeover 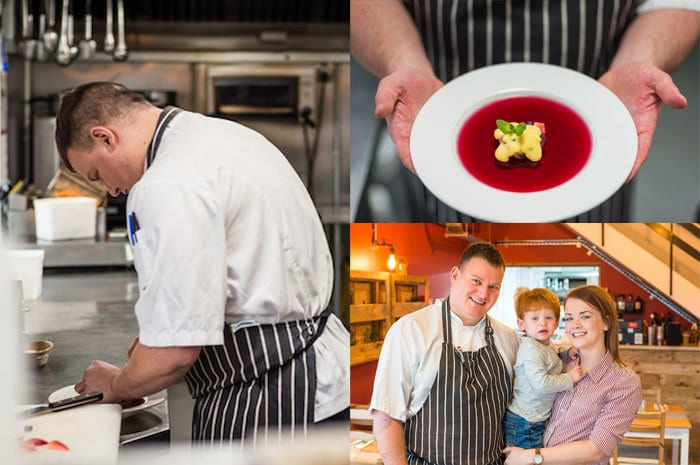 Mark Grice spent 12 years training at The Midland hotel from the age of 17, cooking at the highest level under two Michelin-starred chef Simon Rogan.

But it was a dish using a popular Mancunian soft drink that made him famous.

Mark became a TV star when he featured in the 2014 BBC Two show Restaurant Wars: The Battle for Manchester, which followed The Midland’s renovation and update by Simon Rogan alongside Manchester House, then under the stewardship of Aiden Byrne.

A year later, Mark featured on the Channel 5 show Inside Manchester’s Midland Hotel: Keeping Up Appearances, which showed his struggle to unite ideas for transforming the hotel’s afternoon tea with the guests’ sometimes conservative expectations.

“The Midland is known as the traditional hotel,” says Mark. “The afternoon tea there used to be quite old school. So what we were trying to do in order to keep up with the competition was to move with the times.” 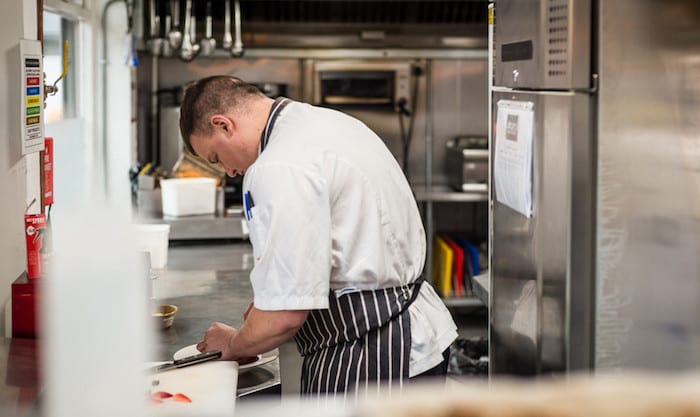 Mark came up with the idea of using the city’s favourite soft drink as the basis of a fizzy jelly, which he served in a shot glass as part of the afternoon tea alongside the more traditional scones with jam and homemade cakes.

The unorthodox Vimto jelly creation proved a hit with guests.

“It was to wow the customers, really,” says Mark. “It was something a bit unusual at the time. And because Vimto is such a local Manchester ingredient, I thought it would be a good idea to use it in a dish.” 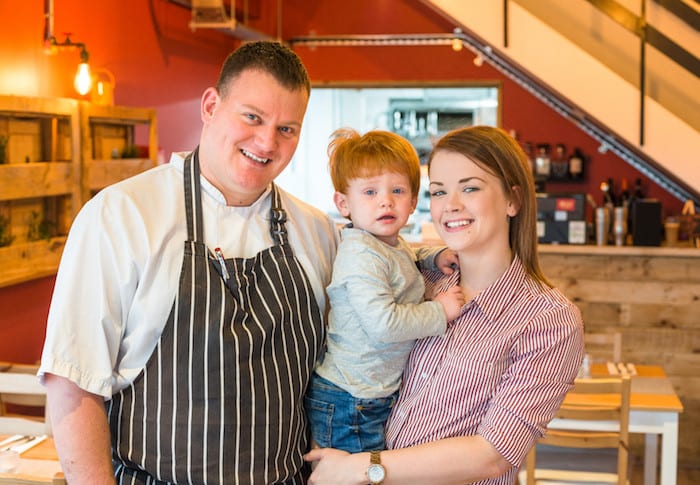 The chef has roots in the north west. He went to school in Stockport, played football in Bramhall, and met his partner Emma at The Midland when she was the pastry chef at Mr Cooper’s House & Garden. The couple now have a 20-month-old son Jack, who inspired the chef’s latest venture.

Following a stint as head chef at Aiden Byrne’s British Grill in the Macdonald Hotel at Craxton Wood near Chester, Mark decided the time had come to set up by himself. He opened Jack’s Bar & Grill – named after his son – in Hazel Grove last August. His partner Emma is the co-owner and head pastry chef, and makes all the bread for restaurant.

“I spent six months at Craxton Wood,” says Mark. “It was hard, but I learnt a lot. I’ve always wanted my own restaurant, and I really wanted to get back on the pass in the kitchen. So I thought I’d go my own way and follow my dream and open a restaurant, and I called it Jack’s after my little boy.” 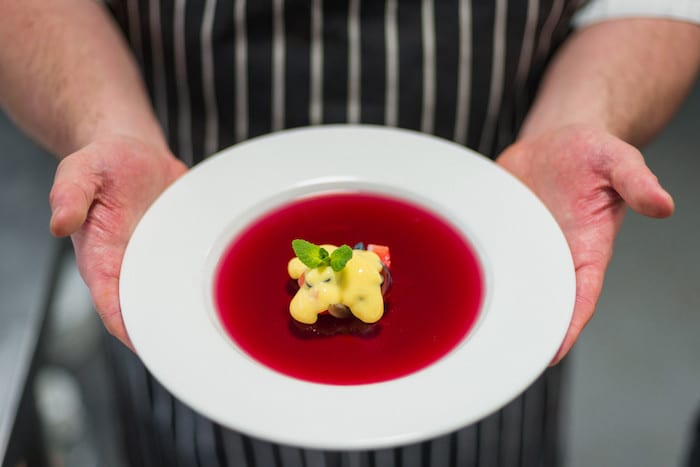 Mark invested his own money to open Jack’s at the end of last year, and employs seven full and part-time staff at the independent 54-cover restaurant. It also has a separate kid’s menu and a dedicated children’s room complete with toys.

“My restaurant is all about good food cooked properly,” says Mark.

Alternatives include pan-fried Scottish salmon with bubble and squeak, wilted greens and sauce verge, or English pea and asparagus risotto with mint and mascarpone. 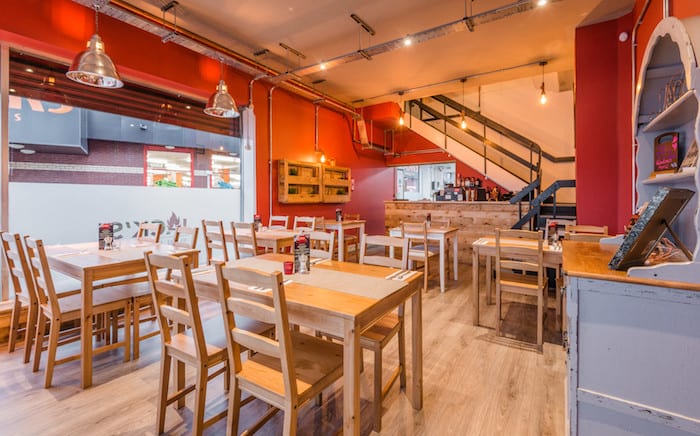 Though the dishes are classic, the chef’s fine-dining training has stood him in good stead and he sources all food locally where possible and cooks from fresh.

“The Midland is pretty much the platform for everything that I do now,” says Mark. “I was there for almost 13 years, so pretty much all of my training and background is The Midland.”

Fizzy Vimto fans looking to try the jelly that made Mark famous will be delighted to see that the dessert is still going strong. It features on the dessert menu at Jack’s, served with seasonal berries and creme anglaise foam, priced at £5.95 – an elegant incarnation of a Manchester staple.