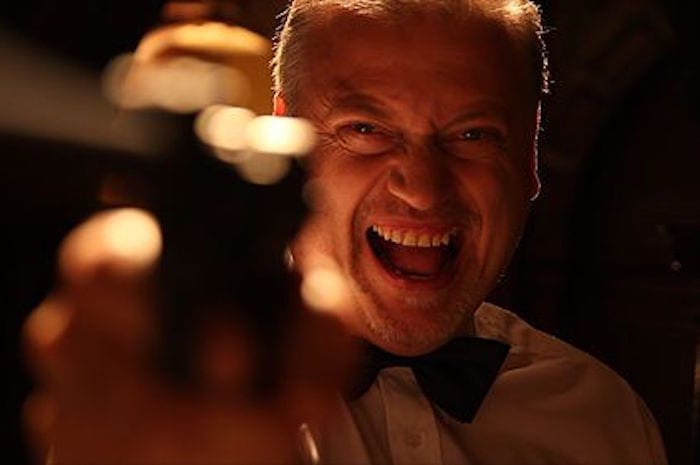 A brand new stage production, One Man Bond: Every Bond Movie In 60 Minutes is touring the north of England this autumn.

It’s written and performed by Manchester’s own Brian Gorman, the critically-acclaimed writer and producer of New Dawn Fades: A Play About Joy Division & Manchester.

Now he has turned his talents to his lifelong love of the famous secret agent who appeared in 12 Ian Fleming novels and two short story collections, inspiring twenty six films.

Brian stars as over 200 characters in the space of an hour, taking on every James Bond from Sean Connery to Daniel Craig, as well as a range of characters including M, Moneypenny, Q, and the infamous villains Dr No, Goldfinger, Blofeld, Mr Big, Scaramanga, Jaws and Raul Silva.

The show has recently been commissioned to be performed at Pinewood Studios, the home of the Bond movies, and can also be seen at the upcoming Starburst Magazine International Film Festival in Manchester on 27 August. 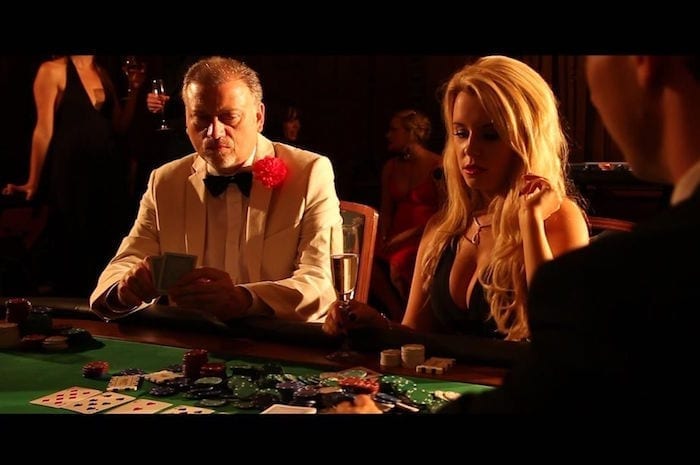 But there is an opportunity to see it first at an exclusive event in Manchester this month at a stand-alone performance at Gullivers on Thursday 24th August.

We spoke to Brian before he becomes One Man Bond.

What was the inspiration behind One Man Bond?

I’ve been mad about the films, and the novels, since I was a kid in the 70s. I never even considered trying to do a stage show about 007, until around a year ago.

I’d written and performed a one man show about Patrick McGoohan and the TV series The Prisoner, called Everyman. It was the most ambitious show I’d ever done, and was incredibly hard work to memorise an hour-long monologue and reel off the dialogue with hardly a moment’s respite. Luckily, the show was very well received, and I was invited to perform it regularly at the annual Prisoner convention at Portmeirion.

Just recently, I came across Charles Ross’ One Man Star Wars on You Tube, and immediately wondered if anybody had ever done all the Bond films. I haven’t been able to find anybody, so I thought ‘fortune favours the brave’, and let’s have a go.

By the strangest twist of fate, One Man Star Wars happened to be on tour, and playing at The Lowry last February. I went to see it, and was amazed at the guy’s energy. The audience were all die-hard Star Wars fans who loved every second of it, and could recite every tiny bit of dialogue. There were all kinds of in-jokes, and it was just like being in a pub with your best mate, enjoying a mutual obsession.

Charlie’s a bit younger than me, and was throwing himself all over the stage, re-enacting the light sabre duels, and space battles. I knew if I tried doing that much action, I’d probably kill myself. But, the Bond films are more about the memorable characters, and entertaining dialogue, so I thought I may be able to pull off a less physical performance.

How did you decide what made the script?

It was very tough. My initial idea was to try and condense each film, and include the classic Bond moments – the assignment, goading the villain, seducing the girl, battling with the henchman, and end with blowing everything up. However, it soon became apparent that I didn’t actually need to concentrate on each film’s plot, as the audience would probably know that backwards.

I tried to imagine what I would want to see and hear, if somebody else was doing the show. I knew I’d want to hear the classic dialogue and relive particular scenes.

Each film took me around 12 hours viewing time – picking out scenes, rewinding and fast-forwarding, plus trying to get the dialogue absolutely spot on. In the end, I did have to sacrifice a great deal of wonderful stuff, otherwise the show would run for several hours, and I’d end up killing myself!

What has been the biggest challenge?

Energy. I’m alone on stage and performing over 200 different characters. I only have so much oxygen in my lungs. I have to get the pace just right, and not risk limping along towards the end, and allowing the show to peter out. I also knew I had to nail each individual James Bond as accurately as possible – Connery and Moore were pretty easy, but the others were difficult – especially Daniel Craig.

I was particularly pleased when I finally got Timothy Dalton’s voice, as he’s probably my favourite, and was actually brought up in Manchester. Obviously, I can’t impersonate every character and actor, but I realised if I could mimic the speech patterns and body language enough, then the audience would see – and hear – the characters in their heads.

There would be little point in trying to re-enact a whole film, in my opinion. Fans know the stories inside-out, and the entertainment value should come with my surprising them with my choice of scenes, characters, and dialogue. I’ve tried to put myself in their heads. Everybody will have their favourite moments, and my aim is to try and delight as many people as possible with my interpretations.

There are no special effects or elaborate costumes so how do you convey the shifts between character?

Almost 20 years ago, I saw a show called Fantastical Voyage at Chester Gateway Theatre where I was working at the time. It was one of the best things I’d ever seen. Two actors played out scenes from classic 1960s fantasy films, with no costume changes, no props (except for a small toy boat, I seem to remember), and no special effects. Through body language, they conveyed a huge range of characters – from Jason and the Argonauts, The Golden Voyage of Sinbad, and other popular movies. The audience had to use their imagination. It was pure theatre.

You could have all the money in the world, elaborate costumes and effects, and a huge cast, but theatre should be a collaboration between the players and the audience. I saw Anthony Hopkins in a Chekhov play at Theatre Clwyd once, and they had a massive set, with a huge country house represented on stage. It even got a round of applause when the curtain went up! But, what was the point? We can imagine a country house, if the script and acting is good.

Do you have a favourite Bond actor?

Well, I think they all have their strengths and weaknesses. Connery is probably the ideal Bond, as he originated the role, and the films grew around his performance. However, when the series concentrated on the comedy elements throughout the 1970s, Roger Moore was ideal. I loved Timothy Dalton’s more earthy, and realistic approach in the mid 1980s, and Brosnan was an almost perfect mix of the realistic and the comedic. Now we have Daniel Craig, who I think is absolutely perfect for the new era.

Do you have to be a Bond fan to enjoy the show?

If you’re a complete Bond nut, then you’ll love it (if I perform it well!). However, as it’s jammed full of one-liners, and crazy over-the-top characters, then I think everybody should enjoy it – even if you cringe at some of the more cheesy jokes. Most of the population of the planet has seen at least one Bond film, and the series is such a part of our culture, that even if you’re going along, reluctantly, to accompany your obsessed friend, you should find yourself chuckling along.

More dates to be confirmed.