Meet Emma Jane Unsworth – the woman behind Animals, the new film about growing up disgracefully in Manchester 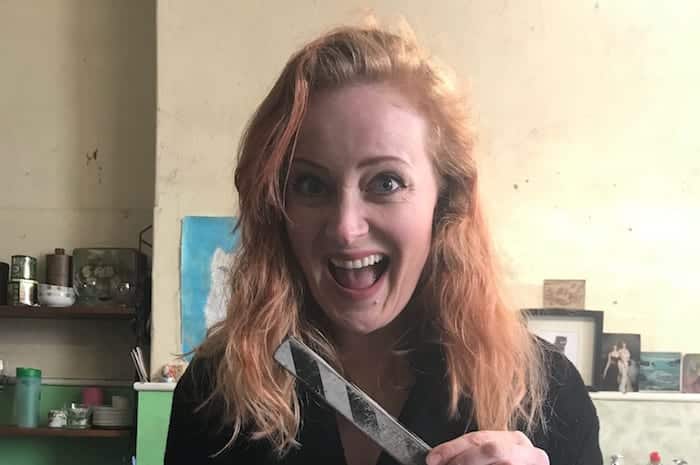 Emma Jane Unsworth has just stepped off the BBC Breakfast set in Salford when we speak.

The author is in town to promote Animals, a big screen adaptation of her 2014 novel about friendship and hedonistic living set in Manchester.

The previous night, it was the film’s Manchester premiere at HOME. Emma says she was touched by the amount of feedback from friends who’d wanted to watch the film together.

“I’m so excited and full of joy and gratitude. I feel like we’ve had such a good time making the film but there’s been a lot of hard work getting here as well, so it does feel like a real celebration,” says the 40-year-old who hails from Prestwich.

She started writing Animals back in 2012, “at a time when I was feeling like I was at a crossroads in my life, and when a lot of my friends, and a lot of women my age, were making different choices to me,” explains the mum-of-one.

“They were settling down and having kids and getting married, but I didn’t feel ready to do that. I’d started to feel like there was something wrong with me, like I was failing somehow for not doing those things, so I really started to explore that in the book.

“I also wanted to celebrate and honour the great loves of my life, my friends, and to write a comedy. The book was really inspired by Withnail and I. I love that film and I just wanted it to be about two women who were being rogues about town. I felt like I’d not seen that.”

At the centre of the story is Tyler and Laura, played by Alia Shawkat and Holliday Grainger, two women embarking on their thirties who live and party together. It seems like nothing can come between them, until Laura, an aspiring writer, feels she needs to start the next chapter of her life, along with the book she’s been tinkering with for a decade.

But the film, like the novel, eschews the typical stereotypes and clichés so often depicted in female-orientated movies. This isn’t a story about the need to settle down, nor is it a glossy depiction of friendship.

“If we’re going to give friendship its due and say it’s up there with romantic love, then we have to be realistic and show the knotty moments as well as the joy,” says Emma, who jumped at the chance of writing the screenplay.

The film is exactly how she’d envisioned the book – “freakily so,” she confesses – including Tyler’s flat, which she based on a friend’s place in Hulme.

There is one notable change, however. For financing reasons, the film is set in Dublin, not Manchester.

“I’m a proud Mancunian, as all Mancunians are, so it did feel like a major thing, but now I can’t imagine it existing any other way. Also, Dublin and Manchester have got a lot in common. They’re both very boozy, very literary, both radical cities and both have lots of nooks and crannies for the girls to have their nocturnal adventures in, so it works really well.”

As a child, Emma wrote stories and was an avid reader. She was even known to wear a bonnet when out and about, much to her sister’s horror, because she ‘wanted to be Charlotte Bronte’.

“I also wrote terrible poetry in my teenage years but I loved literature and writing was always what I wanted to do.”

She started out in journalism “when I became aware of the fact I might have to earn some money at some point in my life”. It wasn’t until she was 30 that she could finally focus on fiction.

“It is very hard to make a living as a writer, but I never expected to be rich. All I ever wanted was enough money to write the next thing really and to be able to write what I want.”

Her first novel Hungry, the Stars and Everything was published in 2011 and won a Betty Trask Award from the Society of Writers. She’s since contributed essays and hosted workshops alongside her novel writing.

These days, as mum to a toddler, she writes when she can and that suits her just fine.

“A long empty day can be a bit of a curse as you just end up procrastinating. I find I get a lot more done when I need to hammer something out.”

Much like Laura in Animals, whose obsession with writing the perfect prose impedes her progress, Emma admits she’s experienced writer’s block.

“It’s so easy to start something but then it’s about carrying on and seeing it through. The best advice I’d give to anyone writing a novel is to just finish the draft. Don’t keep going back and re-reading and re-writing the same page. Get to the end because you don’t know the shape of what you’re writing until you do that.”

Her next novel, Adults, is out in February, which she’s also adapting for television.

“It’s about a woman in her mid-thirties who’s carved out a life for herself. She’s doing well in a lot of ways but then the pressure to make certain decisions makes everything come crashing down around her, including her friendships,” says Emma, whose work is often inspired by her observations of ageing, and how it affects our judgement.

“We make choices when we’re around 30 and there’s a certain liberation about making that choice, but then in your mid-thirties, the significance of those choices becomes quite terrifying because they’re so huge, and I suppose you feel like you’re approaching middle-age in some ways.

People start therapy – I did – people stop drinking, people start getting rid of lots of friends, and just really hone down their life. I don’t know when the next sort of reckoning is going to be for me. It wasn’t 40, even though it’s a big milestone.”

But changes are afoot as Emma, who currently lives in Brighton, is thinking about moving back north towards the end of the year.

“We’ve just got to work out what’s happening with projects but because I’ve got a son who’s two and-a-half, we might try and move around a little bit, and live near my parents again before he starts school,” she says. “I’ve missed the north terribly.”

Animals is out now.