Not one but two new nightclubs are set to open in the Northern Quarter next week.

It’s great news considering the spate of closures in the past few years which have seen us say goodbye to iconic Manchester clubs like Sankeys, Antwerp Mansion and Sound Control.

One of the new clubs is 200-capacity basement club Cotton, which will open underneath Wilson’s Social (previously The Patron) and focus on LGBTQ+ line-ups.

The other is Off the Square, which will take over the former Texture site on Lever Street.

Anton Stevens of Cotton, who also looks after bookings for nightclub Hidden at Downtex Mill, will be putting on bigger but still inclusive line-ups on Fridays and Saturdays whilst using the space to shine a light on under-represented groups during the week.

Cotton will be working with local promoters like All Hands on Deck who run welcoming, inclusive and low pressure open deck parties for women, non-binary and trans DJs – and hosting workshops and alternative events Sunday to Thursday.

The first party kicks off on September 13th with sets from the founder of Rave or Die and New Flesh Records imprint Umwelt and DJ Luz (B.L.O.O.M), with tickets on sale via Resident Advisor for £10 plus booking fee.

Promoting inclusivity and the safety of everyone who comes through the door, the event page states “no abuse or intolerance of any kind will be accepted and we ask you to respect those sharing the space with you.” We respect that.

Over on Lever St, Off the Square takes over impressive industrial space Texture, turning it into a temporary and flexible creative hub.

Inside they’ve commissioned a piece of artwork by graffiti artist Andrew David Parle.

It will host the very best of Manchester’s music and creative talent, with events set to span live music, club nights and other ‘cultural happenings.’

The new nightclub, which will open on September 14th, is being launched by Marc Bernstein and Minesh Parekh, who already play a key role in the city’s music and nightlife scene.

Every Saturday, Off the Square will host free house and disco parties featuring live percussion with Kultura Collective and friends. And on weeknights, they’ll be curating  a mix of music and food pop-ups.

“We can’t wait to open up a space which reflects the diversity of the city, from female DJ
collectives to yoga, spoken word nights to band nights, from house nights to vintage fairs,” says Marc Bernstein. “It’s going to be fun.” 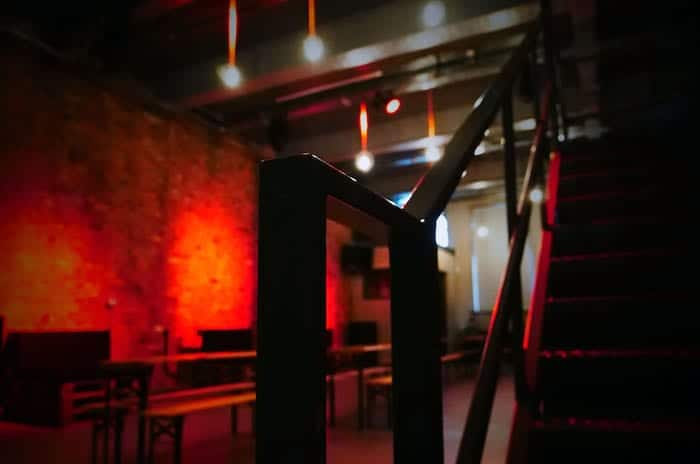 Minesh Parekh told us Manchester needs more small intimate venues. We couldn’t agree more. Over the past ten years, the news of venue closures across the country has made for depressing reading with more than 40 percent having closed their doors for good, citing issues such as licensing laws, increased business rates and property development.

Fingers crossed these new openings give Manchester’s underground nightlife scene a much needed boost. After all, small venues are at the epicentre of the development of local talent and we could certainly do with a few more.