No longer a burning shot to slam at 2am while wincing, with palate-numbing salt and lime on the side, tequila has grown up and is shedding its student party image.

It’s increasingly being viewed as a sophisticated spirit as well as an excellent base for cocktails.

Drinkers are welcoming the new, more premium additions to the market. According to figures from the Wine & Spirit Trade Association, UK sales of tequila stood at £173m in 2016 – an increase of 37% from 2014.

The trend is veering away from cheap, generic tequila as more bars are starting to offer premium and craft brands alongside complex cocktails using tequila and its smokier cousin mezcal – a drink starting to appear on menus across Manchester.

Like tequila, mezcal is made from the heart of the agave plant. Whilst tequila is by law only made from one agave (blue agave, also known as agave tequilana), mezcal, produced mainly in southern Mexico, can be made with upwards of 30 varieties. 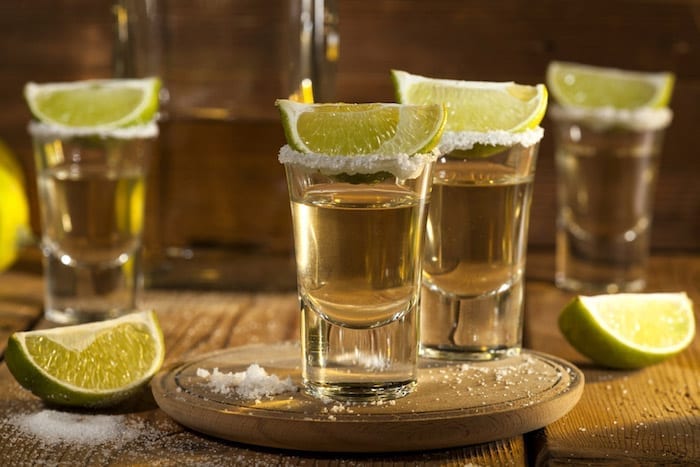 Although tequila is a type of mezcal (in the way that bourbon is a variety of whiskey), the two drinks typically come from different areas of Mexico and are distilled and labelled in different ways, with small batches and traditional production techniques lending an authentic charm.

Tequila tends to be distilled in copper pots, while mezcal gets its smoky flavour from being cooked inside earthen pits lined with lava rocks and filled with wood and charcoal before being distilled in clay pots – a method still used by artisanal producers.

Lyndon Higginson, director of Manchester bars including Cane & Grain, The Liars Club, Science & Industry and Crazy Pedro’s, reckons that “the days of rubbish tequila that you felt the need to have salt and lime either side of to disguise its taste are long behind us.”

“People want to taste the liquid these days,” says Higginson. “There’s some amazing tequilas and mezcals being produced at the moment, and we’re seeing new products released almost every week.”

Consumers are beginning to see tequila and mezcal as they do whiskey – a sophisticated tipple to be sipped rather than knocked back – and the spirits can also be enjoyed like wine or beer as they pair equally well with food.

As our love affair with tacos and other Mexican cuisine continues to grow, it’s not a surprise to see customers increasingly matching their meal with an aged mezcal or a tequila cocktail.

Tequila may have come of age but it hasn’t completely shed its party image.

“A shot or two of Mexico’s finest and you can see why it’s so popular, especially in a city like Manchester where it’s pretty much a party every night,” says Higginson.

Customers are starting to appreciate the smoothness of 100% agave tequila and the complexity of aged varieties, whether they enjoy them straight, with a mixer or as part of a cocktail.

“It’s so versatile,” believes Higginson. “Add grapefruit soda and a squeeze of lime to make a Paloma and you could be relaxing in a bar in the town of Tequila.”

With a Tequila Festival taking place in Manchester this weekend, a Mexican Day of the Dead banquet with Wahaca founder Thomasina Miers at this year’s Manchester Food & Drink Festival in October, and inventive cocktails flooding the city’s bars, now is a great time to take another look at tequila.

Newly opened El Taquero, a Mexican taqueria from the team behind burger chain Solita, offer eight margaritas alongside cocktails such as the tequila vanilla mojito or a Cazcabel espresso made with coffee flavoured tequila.

With high quality brands available, drinkers who prefer a simpler option don’t need to be nervous about trying tequila or mezcal neat – to sip rather than slam.

El Capo in the Northern Quarter offers a range of over 40 tequilas of varying ages, with an impressive variety of mezcal, while Crazy Pedro’s boasts the largest tequila and mezcal collection in the city.

“Just grab a beer, order a shot and get the party started,” says Higginson. “But remember – you don’t need any salt or lime!”