Manchester United are going nowhere under Ed Woodward and the Glazers 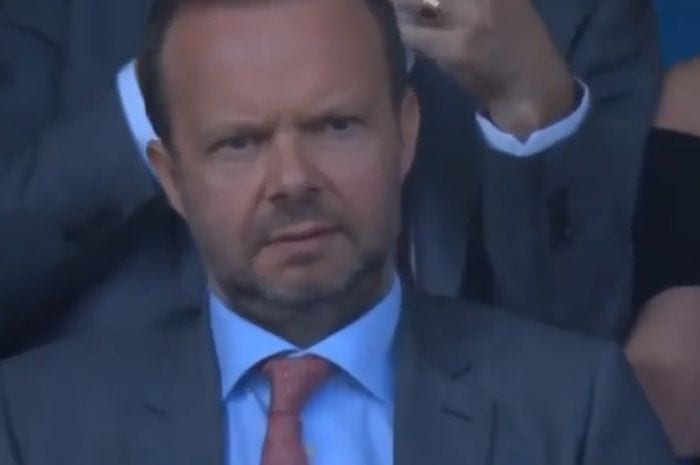 Just when Manchester United fans thought their miserable season couldn’t get any worse, it did. Bitter rivals Liverpool went and won the Champions League for the sixth time. Having finished runners up to Manchester City in the Premier League, Liverpool are well and truly out of the wilderness.

Which is more than can be said of Manchester United. The only thing they’ve been able to celebrate is the 20th anniversary of the treble. A huge achievement but very much in the past.

The Glazer family is coming up to its 15th season owning Manchester United. More and more people are asking on social media: what can be done to get them out?

Some United fans – and fans of other clubs – don’t really understand the Glazer issue.
They see huge amounts of money being stumped up to tempt the likes of Paul Pogba and Alexis Sanchez to sign for the club and wonder how United fans can complain.

Principal partner to @ManUtd, we celebrate the 20th anniversary of the team’s historic Treble win with the Treble Collection. #KohlerUnited pic.twitter.com/AobwiiNL46

But the problems at the club run much deeper.

Let’s have a look at some of the figures. Since their takeover in 2005, the Glazers have taken over £1 billion out of the club. This is a combination of interest payments, costs, fees and dividends.

They bought the club by saddling it with £525 million of debt and haven’t deviated from this approach in the intervening years.

To the Glazers, the club is a cash cow. That’s why it’s not being run by a football person but by a former banker who, according to former manager Louis van Gaal, knows nothing about football.

There’s no question Ed Woodward’s approach to sponsorship has been a success. His record in transfer dealings has not. Buying players because they will sell a lot of shirts clearly isn’t the way to build a successful team.

In contrast to this, since Sheikh Mansour took over at Manchester City 10 years ago, he’s pumped £1.3 billion into the club. Crucially, he also appointed football men at the helm with Txiki Begiristain coming in as director of football and Ferran Soriano as chief executive.

The two former Barcelona men were integral to bringing in Pep Guardiola as manager and executing a clearly formulated plan for success on the pitch.

The combination of the money and the footballing approach is why City are so successful now.

The same can be said of Liverpool. The club is also owned by Americans but they have invested heavily in the infrastructure of the club – notably their stadium – and match day experience and got the appointment of their manager spot on.

Any token buy diazepam reviews investment from the Glazers has been scattergun with no defined strategy other than selling merchandise.

The belated £24 million a year spend on the academy is too little too late. The promotion of youth is so heavily ingrained in the DNA of the club, but it’s been thoroughly neglected by the board.

The Glazers knew what they were buying with Fergie at the helm. In their early years, the legendary manager delivered five Premier League titles (including three on the bounce), the Champions League and three league cups.

A little bit of investment in the team at the end of Fergie’s tenure – the signing of Robin van Persie springs to mind – and the £600 million+ wasted since he retired has bought them a bit of time with some fans.

Now the chickens have come home to roost. The club is light years behind Liverpool and Manchester City.

As usual, the club is being linked with some big name players – over 60 at the last count. But how many will actually want to come to a club playing in the Europa League next season whose glory years are in the past?

And there’s no point spending money in the transfer market if you have no idea how to spend it to actually benefit the team.

Reports of Woodward’s power struggle with Jose Mourinho suggest the board turned down the former manager’s request for Matthijs de Ligt because his dad is fat. We all know the season the Dutchman has just had. There’s no way he’d sign for United now.

Most fans will support the club no matter what. All they are interested in are new signings and the new shirt.

Some are beginning to realise that with failed managers, disastrous signings, and a chronic lack of investment in its infrastructure, the club is crumbling, not just figuratively but literally. The leaking roof before the derby in April is a case in point.

The club has no divine right to win a trophy every year. But what the fans have every right to expect is for the club to be well run – not for the benefit of its owners – and to compete for trophies.

The anti-Glazer and anti-Woodward chants were there at the end of the season against Cardiff and the #GlazersWoodwardOut hashtag is getting more popular on social media. Read the replies to the tweet by Kohler, one of the club’s ‘partners’, published above.

The unrest won’t be far from the surface when the season kicks off again in August, especially if the club fails to deliver the signings the silent majority crave and has a bad start to the season.

Because under the Glazers and Woodward, the club is going nowhere.