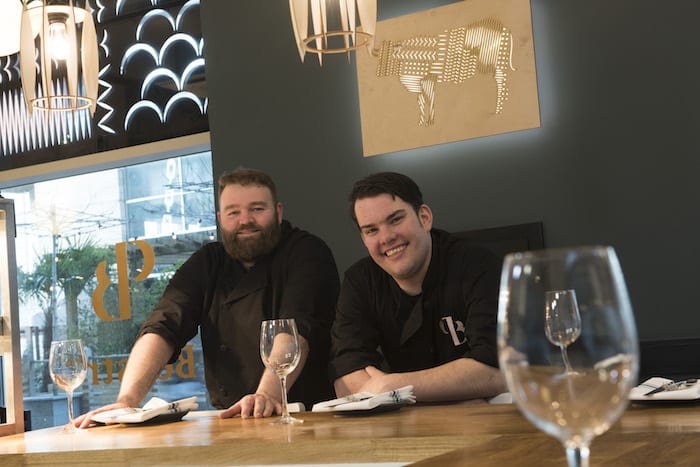 “For many street chefs the ultimate goal is their own bricks and mortar place – but not everyone wants that,” says Jason Bailey, director of street food events company GRUB.

For those street food traders who decide to make the leap from being a mobile or pop-up operator to running their own restaurant, the journey presents numerous challenges and obstacles – though many feel the hard work is worth the risk.

“When we launched three-and-a-half years ago, we always had a five-year plan to move into bricks and mortar,” says Jonathan ‘Ozzie’ Oswald of The Hip Hop Chip Shop, who will be opening their first restaurant in Ancoats next year.

Launching the brand as a mobile offering gave The Hip Hop Chip Shop the flexibility and freedom to go wherever customer demand is – with much lower overheads.

“We hit the ground running with it, right at the beginning of a huge food resurgence nationwide, so we had plenty of trading opportunities,” says Oswald. 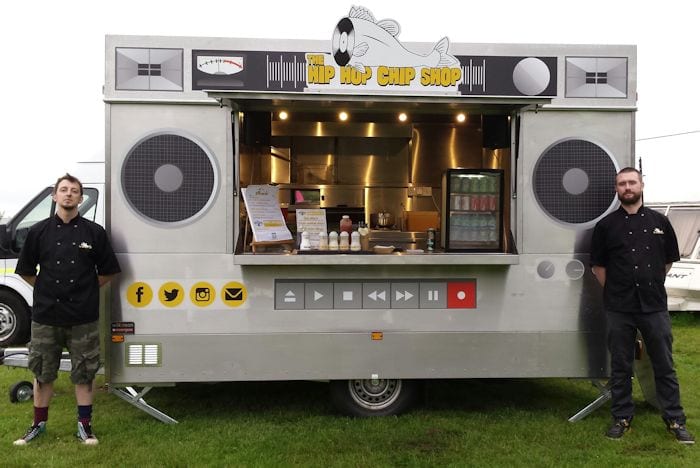 With almost 200 requests for weddings and corporate events this year, they are able to sustain their business with private events and a few food events they know will work well for them.

“We’ve moved away from catering at festivals for the moment,” says Oswald. “They’re great fun, but risky. We’ve lost thousands of pounds due to a bad pitch, undersold event with tons of caterers or simply bad weather.

“With experience you can soon rely on your gut instinct and politely say no or negotiate with enthusiastic event organisers with finger in the air footfall projections. It’ll save you a lot of pennies.”

The team has worked hard to be in a position to open a restaurant of their own.

“We work seven days a week,” says Oswald. “After your 60+ hour weekend shift, you have to tow your two tonne kitchen three hours across the country before bed.”

Chaat Cart recently opened their first permanent restaurant in their home town Marple after five years honing their South Indian snacks and curries at festivals, markets and events across the north west.

Owner Aarti Ormsby believes that operating as a mobile trader before launching a restaurant has given her invaluable experience and insight. 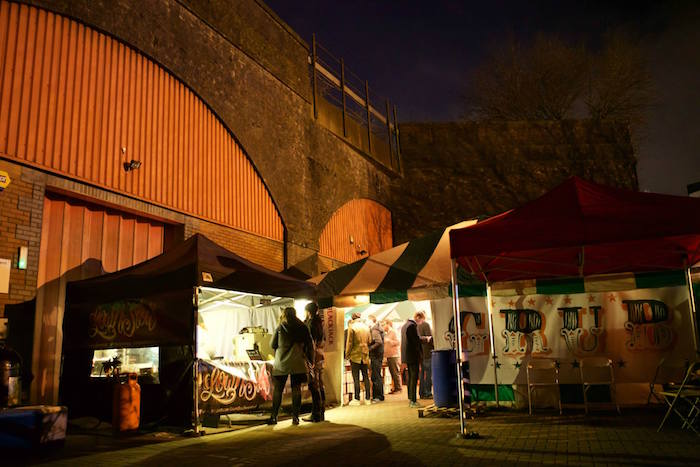 “Street food is the ultimate shop front and market research, and we get to directly speak to the people we cook for,” says Ormsby. “The range of events allows us to meet a huge variety of people.

“We’ve listened to them, we’ve cooked, and we’ve kept tweaking and perfecting. We bring all this experience and responsiveness with us to our restaurant.”

“We’ve been practising for years and have now ended up on stage – and we’re ready to put on a bloody good show!”

For Richard Brown, part of the Bangers & Bacon and Beastro team together with James and Heather Taylor, the journey from street food pop-up to restaurant took four years.

Bangers and Bacon were crowned the winners of Spinningfields’ street food start-up competition at The Kitchens, and with the help of developer Allied London were chosen to operate one of six kitchens as a permanent restaurant.

The team did much of the design and renovation for their new restaurant Beastro themselves, and also discovered that the costs incurred were drastically higher than anticipated.

Running a restaurant also meant they also faced new responsibilities for more elements of the business, such as insurance, licences and wages.

“I think that was the biggest hit,” says Brown. “With a whole team needed, it’s now a case of being responsible for ten people’s livelihoods.

“Although having said that, I would not change it for the world.”

“Apart from the obvious barriers everyone faces when opening a restaurant, some traders will struggle with moving from a customer facing creative cooking role – the fun stuff about street food – to being a restaurant manager dealing with much more complicated finance, staffing and admin jobs,” says GRUB’s Bailey, who has overseen numerous traders make the leap from pop-up to bricks and mortar.

“On the flip side, street food is an amazing way to refine and experiment with your dishes and at the same time build a fantastic following.”