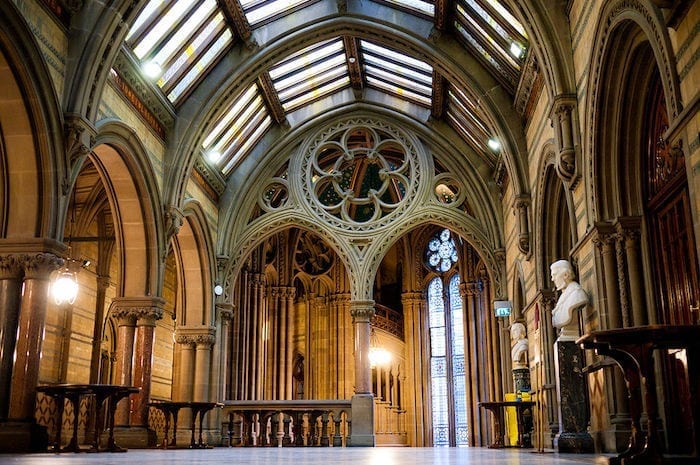 Manchester Town Hall, regarded as one of the finest examples of gothic revival architecture in the world, is to close on January 15 to enable extensive refurbishment and restoration work to take place.

The 140 year-old building needs extensive repair work, with project managers Mace in charge of a £330m refurbishment. This will include adaptations which will enhance accessibility and energy efficiency, with even more artefacts on display to tell the story of the city.

The Town Hall was built between 1868 and 1877, as the previous town hall on King Street had become too small.

Alfred Waterhouse won the competition to design the new structure, and although he was influenced by thirteenth century gothic styles, he included innovations modern for the time such as a warm-air heating system.

It’s certainly impressive – even by today’s standards. The clock tower is one of the most iconic sights of the city, standing 280 feet high, making it the sixth highest structure in Manchester. Inside are 24 bells, the biggest weighing in at over 8 tonnes and called Great Abel after Abel Heywood, the mayor at the time, who laid the final stone of the spire in 1875. 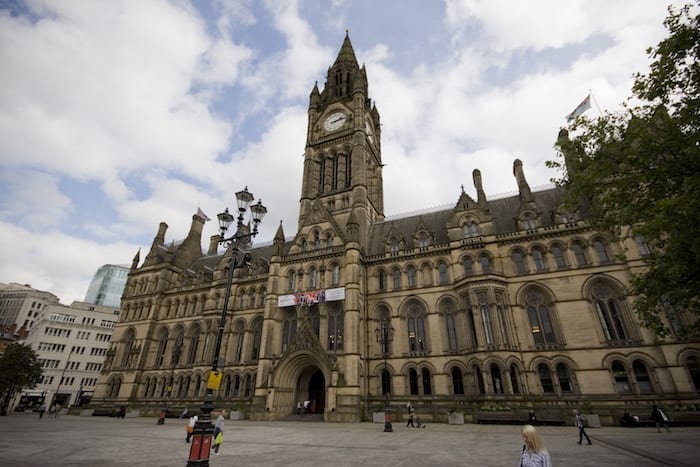 The building is constructed from at least fourteen million bricks, and just walking through the entrance is a history lesson in itself.

Above the main door is a statue of Agricola, the Roman General who founded Mamucium – the settlement which later became  Manchester.

And many people don’t know that plenty of the Town Hall is free to look round. Just register as a visitor at the desk.

It’s bit like the Tardis. It’s striking on the outside but seems even bigger inside. You can look at vaulted ceilings, the sculpture hall which incorporates a cafe and spiralling staircases leading up to impressive corridors and more.

Upstairs there’s a landing which contains a mosaic-decorated floor complete with bees and cotton flower designs, both symbolic of Manchester. This leads to the Great Hall which is more than 25m in length and contains the famous Manchester Murals – 12 paintings by Ford Madox Brown which tell the story of the city.

Guided tours led by Manchester Guided Tours tend to take place on Sundays and unlock the chance to visit the places not normally accessible to the public. These include hidden areas like the porter’s cubby hole and also the 19th century cobbled courtyard with its impressive leaded windows often used by filmmakers.

So make the most of taking a look round this impressive landmark while you can. Otherwise you’ll have to wait until 2024.