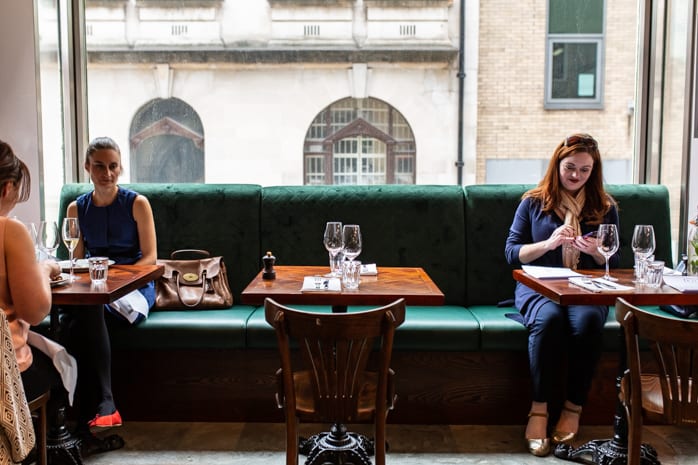 It’s the announcement we’ve all been waiting for – when will pubs and restaurants be able to reopen? The answer is 4th July, providing they adhere to COVID Secure guidelines – and with the news comes a change to the social distancing rules.

In a statement today, the Prime Minister acknowledged that the current guidance of two metres “prevents all but a fraction of our hospitality industry from operating.”

From 4th July, people will still be advised to keep two metres apart where possible. But where it is not, the government will advise people to keep a social distance of ‘one metre plus’, meaning they should remain one metre apart while taking mitigations to reduce the risk of transmission. For example, on public transport it will be one metre plus a face covering.

Food and drink consultancy CGA has calculated that the new measures mean that 145 million additional pints of beer will be sold through the sector, compared with what would have been sold with two metre social distancing. 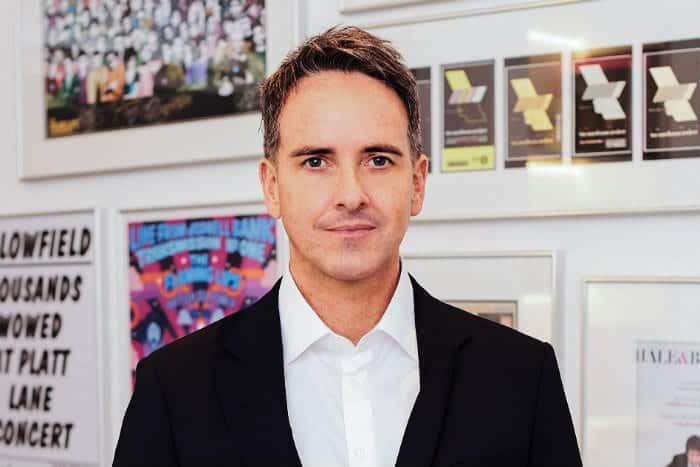 “We are 12 days away from reopening the sector and by the very nature of our industry, we simply wouldn’t have been able to wait any longer to get clarity.

“I’ve personally spoken to hundreds of operators who are desperate to open their doors and who can now start planning rotas, opening booking systems and restocking fridges.”

So does the news mean that most Manchester restaurants, pubs, cafes and bars will be open again on 4th July? And for those that are planning to open on that date, what kind of measures will be in place to keep diners and staff safe? 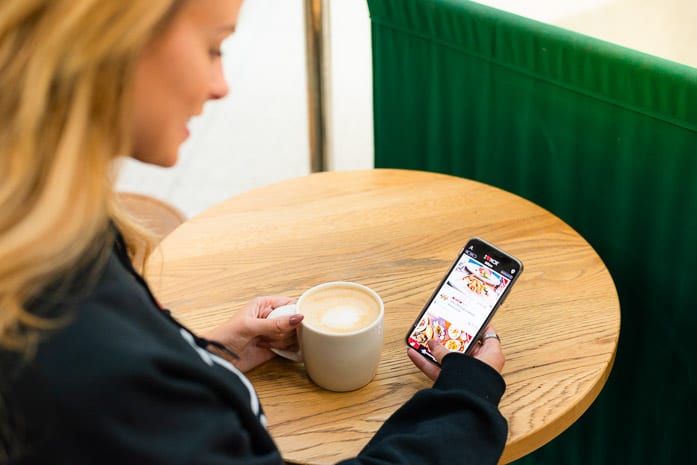 All hospitality indoors will be limited to table service, say new government guidelines, and will encourage minimal staff and customer contact. There will be limits on the number of people who can sit together indoors in pubs and restaurants.

Businesses will also be asked to help NHS Test and Trace respond to any local outbreaks by collecting contact details from customers, as happens in other countries. This could be either by signing up online, using an app beforehand or giving your details at the door.

New official guidelines will likely include a ‘menu’ of options for hospitality businesses, such as more back-to-back seating, perspex screens or partitions between tables, disposable menus and more cleaning of commonly touched surface areas.

Punters will be discouraged from returning their glass or ordering from the bar, with more table service and use of mobile apps expected.

Ancoats restaurant Mana, which was last year awarded the city’s first Michelin star in over 40 years, will be opening its doors again on 4th July – but things won’t be quite the same for diners.

Tables will now be spaced a minimum of 1.5 metres apart, and the restaurant will no longer be using its lounge area. All staff members will be wearing face masks, and waiters will no longer be topping up your drink – it will be poured once by their team and the bottles left on the table for diners to take over.

Staff will have their temperatures recorded every morning and be privately tested for the virus, and will be expected to sanitise their hands after every interaction with a table.

They will also be using laminated drinks menus, or if preferred, a QR code to scan and view on your personal mobile device. The food menu has also been changed.

“We have updated our menu to reflect the current season by maintaining relationships with our unique producers from all over the country,” said the restaurant in a statement.

“We’re very excited to show you what we’ve been working on during this time away to reflect and re-imagine.”

Indian restaurant Zouk wants to make the dining experience as safe as possible for diners and staff – and they’ve come up with an unusual measure to help.

“We’ve now installed a decontamination booth that uses ultrasonic technology to generate a dry mist of disinfectant which encapsulates the body, disinfecting your skin and clothing leaving no area untouched,” they said in a social media statement.

“The booth uses a non-toxic disinfectant that kills viruses, bacteria and other pathogens that might be carried on a person’s skin or clothing. The solution is non-toxic and perfectly safe to breathe in. The chemical used actually already exists within us, our immune system generates it to fight off pathogens.

“This process is a great measure to protect the welfare of our staff and customers. The dry fogging technology used is perfect as it doesn’t wet users, ruin makeup or even mist up glasses!”.

Albert’s Schloss is also now taking provisional bookings from 4th of July – but they also have new measures in place.

The Peter Street bar has installed perspex screens between booths and at the bar, introduced a one-way system, removed tables and cut down its menu.

But before being seated or served, according to ITV news, customers will face a temperature screening from a thermal imaging camera which alerts staff to anyone with an elevated temperature.

No propping up the bar 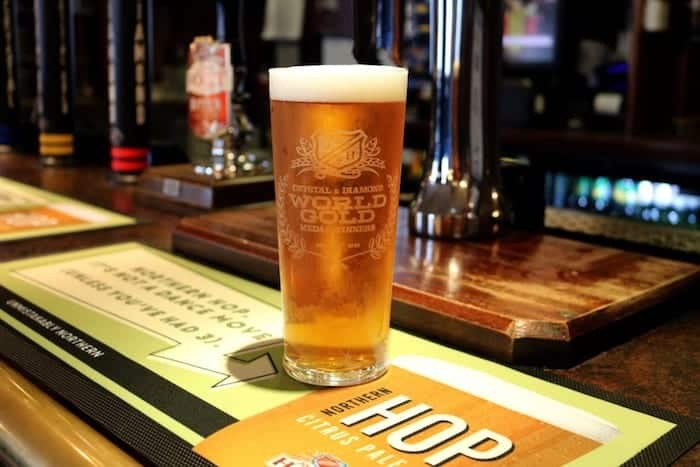 Manchester based brewery Joseph Holt has been stringently following government guidelines and advice so that its pubs can open their doors to welcome customers once again from 4th July.

Reconfigured beer gardens, food drop off tables and an app-based ordering system in food pubs are just some of the changes which are being introduced.

“We have introduced a new web app designed so you can order and pay for your food and drinks direct from your table,” said owners.

Rigorous new cleaning routines have been introduced, too.

Bar staff will only touch the bottom of the glass when pouring your drink and they are kindly asking customers to not bring their empty glasses back to the bar but to leave them on the spare drop off tables marked around the pub. 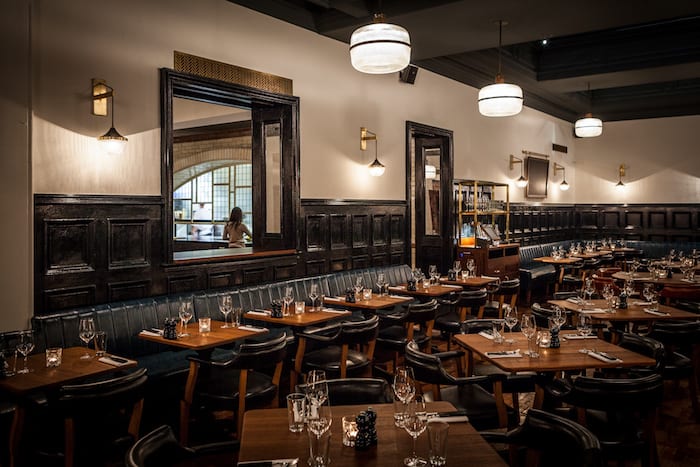 Not all restaurants and pubs will be opening their doors again on 4th July, and some would rather wait a little while before they’re ready to start up again.

Hawksmoor are planning to open for dinner Monday-Friday and lunch and dinner at weekends, but not just yet – at least, not in Manchester.

They will first open one branch in London in early July “in order to learn as much as we can as quickly as we can about how to run restaurants brilliantly in the current circumstances,” said owners via email.

The Manchester opening date is yet to be announced, and hopefully won’t be too far behind. In the meantime, you can try their recipes yourself – and we also have heard that a new Hawksmoor at Home meal kit is imminent.

HOME, meanwhile, have announced that they are targeting 4th September to reopen their cinemas, bars and restaurant to the public.

The team have been consulting expert advice, speaking to colleagues from across the UK and analysing examples of best practice internationally in order that visitors, staff and artists will be safe and feel welcome once the building reopens. Measures include the redesign of spaces to allow for social distancing, a reduction in capacity and enhanced cleaning.

“The last three months have been the toughest our sector has ever faced,” says Sacha Lord.

“There will be hard times to come as we adjust to these new ways of operating, but I’m confident with the guidance being published that we will now have the blocks to start rebuilding the sector and helping it back onto its feet.”