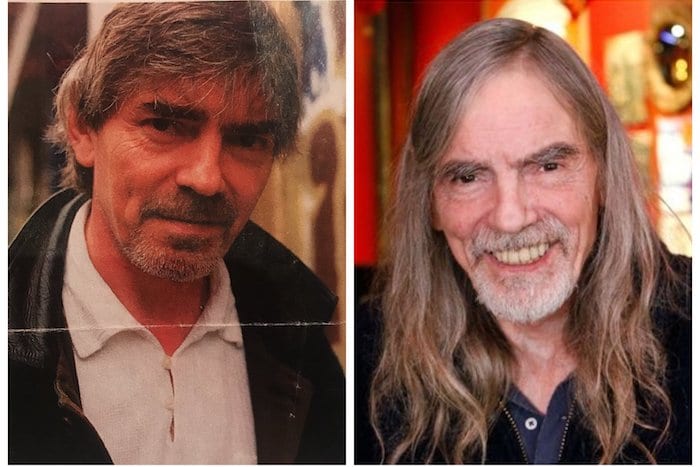 Tributes have been flooding in following the death of Night and Day Café founder Jan Oldenburg, who passed away on Sunday, aged 71.

Jan founded the Oldham Street venue in 1991, after taking over what was originally a chip shop.

Over time, Jan transformed the venue into what it is today –  a venue that celebrates new and emerging artists, with regular showcases of new and experimental talent on the bill. This was a key part of Jan’s approach – to give people a chance. And it paid off.

For over 25 years, Night and Day has been a go-to location to watch quality live acts, with bands including Elbow, The Courteeners, Badly Drawn Boy and Doves playing very early gigs there.

The band Elbow took to Twitter to pay tribute to Jan and his impact.

A statement released on Monday evening on behalf of everyone who works at the Night and Day Café stated:

“Calling Jan unique barely scratches the surfaces of how remarkable a man he was. He saw possibilities on Oldham Street when it was all but derelict, before the Northern Quarter had its name and before developers caught on.”

He has been called everything from a ‘maverick’ to a ‘genius’. He was also a doting family man.

“People I’ve always enjoyed being around have three things going for them: they think in strange ways, tend to be smarter than me and they’re enthusiasts,” close friend and colleague Jay Taylor, who still works at Night and Day, told us.

“I got to know Jan properly in the mid-‘90s – he was SO much all three. Plus he was super bright. He would always surprise me with ideas.

“Of everybody I’ve ever met, his commitment had changed the least in the time that I knew him. When I met him, his commitment to Night and Day was absolute, and on Saturday, it was still absolute. We were even talking about all the little tweaks he still wanted to do. It was his life’s work. 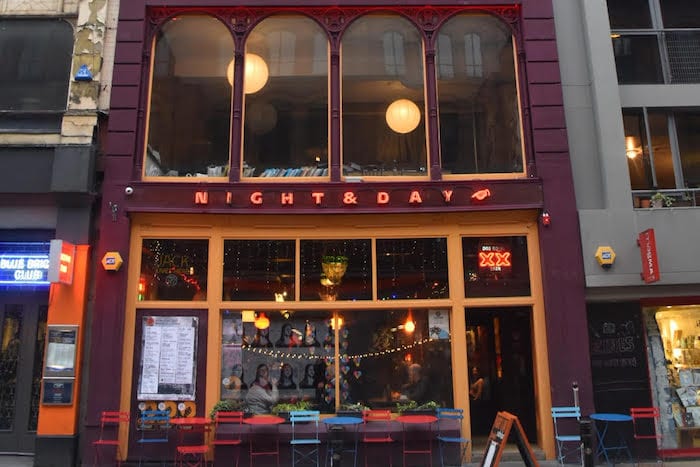 Jan’s entrepreneurial spirit and passion for giving people a chance brought a buzz to the Northern Quarter.

“The venue will be 27 years old in November,” says Jay, “and I think you can safely place the regeneration of the Northern Quarter at the feet of Afflecks Palace, Dry Bar and Night and Day. So Jan clearly was part. He was smart, bloody-minded and to be at that level for 27 years, it’s amazing. Look at this place and it just breathes independence.

“The messages of kindness and support have been staggering. Yesterday, my job was responding to people being kind all day long. The volume of creativity he has supported is testament to that too. He was incredibly kind to people, the things he did to make sure people were okay. Extraordinary.”

I'm gutted to hear the news about @nightanddaycafe's own Jan Oldenburg's passing. He gave me my first shot at DJing at in Manchester, hell, he even let me book bands for a while. Most of all, he gave me a place to go, and a family of incredible people. Much love, Jan. Thank you.

Known for his adventurous spirit, Jan wasn’t one to shy away from a challenge, moving to Manchester from his native Amsterdam in the mid 1980s.

“When I met him in the mid-1980s, just being a Dutchman was enough for him to stand out, but also his ideas and spirit were just so unique. He opened a delicatessen in Rusholme, in the midst of all the curry houses. I went in there about 1986, he showed me what real coffee beans looked like. He, and they, were so exotic to me! He encouraged me to visit him in the deli, just to say hello, I guess.

“It was like he was an emissary from another planet, come here with crazy ideas, but also to build a little community around an unpromising location. And that’s exactly what he went on to do at Night and Day. It was that same maverick thinking, that same pioneering spirit, that same desire to build a community. What a great contribution to our city.”

And Jan wouldn’t have wanted the creativity to stop. A number of events are lined-up at the venue, including the brand new WAM Festival which Jay told us that Jan was “very excited about”.

This is four days of celebrating music and poetry talent (18th-21st October), featuring the likes of KAZE, LIINES, The Orielles and a spoken-word Sunday special from the city’s much-loved poetry night Verbose.