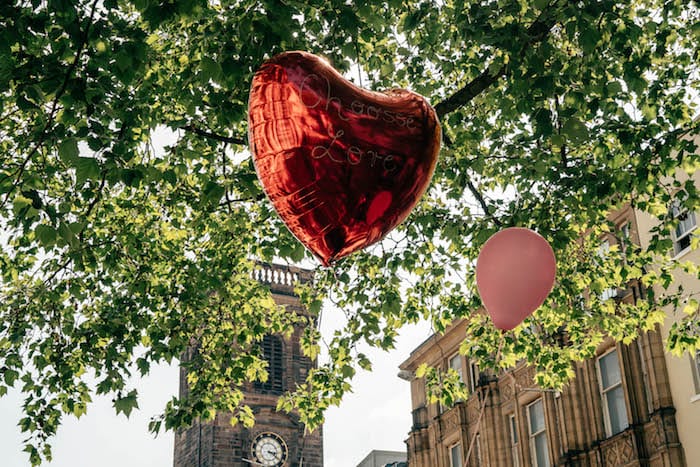 Other stations will also be marking 10.31pm, including Manchester’s Hits Radio which will be holding a reflective moment.

Further details about the proposed memorial to the victims of the Arena terror attack have been released.

The memorial will be located between Manchester Cathedral and Chetham’s School of Music, at the foot of Fennel Street where it meets Victoria Street. A planning application will be submitted next month.

Support continues to be available for anyone who is struggling with the impact of the Arena terror attack. This can be accessed via the Greater Manchester Resilience Hub on 0333 0095071 or by email to GM.help@nhs.net. The hub is open Tuesday to Friday 10am to 6pm, and until 8pm on Wednesdays.

The Manchester Together Archive, the project to catalogue and digitise all the tributes left in St Ann’s Square in 2017 in the aftermath of the attack, can be visited here.

“Manchester will never forget the terrible events of 22nd May 2017,” Manchester City Council leader Sir Richard Leese said. “Those who were killed, those who lost loved ones and all those whose lives changed forever that night are forever in our thoughts”.