Manchester Pride brings back the nineties 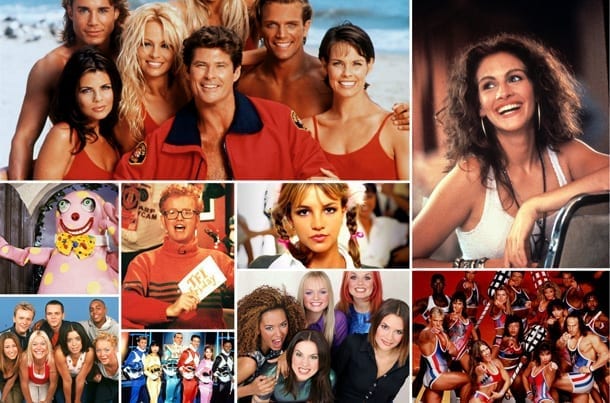 Manchester Pride is inviting everyone to dress up in 90s gear on Friday 14th August to celebrate the 25th anniversary of charity fundraising events for Lesbian Gay Bisexual Transgender causes in Manchester.

It was the decade of the Spice Girls, Steps and S Club 7. Britney Spears sang Hit Me Baby One More Time. MC Hammer sang U Can’t Touch This. Mr Blobby enthralled the nation with his hilarious antics and catchphrase ‘Blobby Blobby.’ Julia Roberts made prostitution an attractive career option in Pretty Woman. Bryan Adams was number one with Everything I Do I Do It For You for five years. Or did it just seem that long? PJ and Duncan sang Let’s Get Ready To Rumble. Wonder what happened to them. Who could forget boy bands like Northern Line and Bad Boys Inc, and Eurovision winners like Carola with Fångad Av En Stormvind? And Beadle’s About, Baywatch and Gladiators made Saturday evening telly unmissable.

But it wasn’t all bad. It was also the decade of the Stone Roses, The Verve, Happy Mondays and Oasis. And you could buy a detached house in Didsbury for the price of a flat in Longsight today. Happy days.

Now Manchester Pride is inviting everyone to dress up in 90s gear on Friday 14th August (two weeks before the Big Weekend) for Bring The 90s To Work Day to celebrate the 25th anniversary of charity fundraising events for Lesbian Gay Bisexual Transgender causes in Manchester.

Throughout the fun-filled day, the charity will be running competitions on its social media channels, offering tickets for the Big Weekend, along with a variety of nineties-themed prizes.

Manchester Pride chief executive Mark Fletcher said: “The nineties played a pivotal role in the progression of LGBT life in the city, so to celebrate this we wanted to honour the decade with something fun whilst raising essential funds for our charity.

“Whether you’re dressing up as the Teletubbies, digging out your old Tamagotchi or getting down to a bit of 90s pop music, we want to see work places turn back the clocks to remember this defining decade.

“Funds raised will go directly to the various LGBT organisations that we support across Greater Manchester.”

Everyone is invited to join the city-wide party, complete with fancy dress, Spotify playlists and a Boom-Box squad to help raise money for the charity.

So if you want to party like it’s 1999-or any year in the 90s-you can find more information and register your interest at bigweekend.manchesterpride.com/take-part/bring-the-90s-to-work-day.