For four days over the August Bank Holiday weekend, Manchester was taken over by a rainbow flag waving circus of acceptance. Not just Mancunians, but people from all around the world descended on Manchester to take part in the celebrations.

Mother Nature herself pledged her support for the Big Weekend when a huge rainbow appeared over Manchester city centre on Friday afternoon. The timing couldn’t have been more perfect.

Saturday’s Parade saw over 150 entries of both floats and walking parties flood the streets with a mesmerising display of solidarity. Entrants including the NHS, Greater Manchester Police, and the famous Coronation Street float – with many familiar faces aboard.

A group of religious protesters brandishing placards with anti-LGBT messages and quotes from the bible stood along the parade route, proving why Pride still has a very important place in Manchester.

But as the Coronation Street float passed by the protesters, actress Nicola Thorp had a few choice words to share with the protesters. She said: “It’s a shame that you felt you needed to show your presence here today. You and your beliefs are not welcome here. You are not welcome to come and judge our sexuality. We will not come to preach at your church. This is our church, show some respect.” 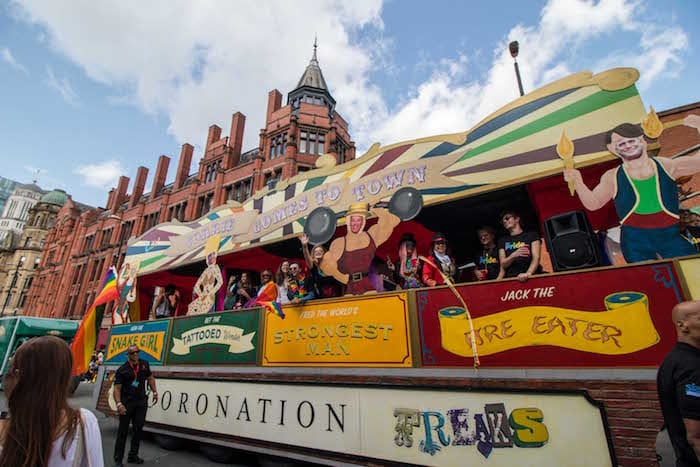 The crowded streets full of supporters quickly erupted into roaring cheers as the Corrie star put the protesters in their place.

Her co-star Antony Cotton demonstrated his feelings to the protesters by jumping off the Coronation Street float, Pride flag in-hand, and kissed his boyfriend Pete in full view of the protesters. The Corrie cast sure don’t do things by halves.

Over the course of the Big Weekend, some huge acts took to the three stages in the Gay Village.

Headlining the first night was Scissor Sisters front man Jake Shears, who gave a killer performance with some of his biggest hits from Take Your Mama, to I Don’t Feel Like Dancing. Saturday evening saw DJ Sigala light up the main stage performing hit tunes including Sweet Lovin’ and Came Here for Love.

Put your hands up for Rita Ora 😍 pic.twitter.com/RfLhOJO1J5

On Sunday, chart topping Rita Ora gave a mesmerising performance as the Thomas Cook Airlines arena overflowed with fans singing along to some of the star’s biggest tunes.

Dressed in a multi-coloured feather cape, Rita performed tracks Hot Right Now, Black Widow and Girls, after which she thanked her fans and Manchester Pride:   “I don’t know if I would be normal in the head without you guys, but who wants to be normal? Thank you for making my dreams come true”. 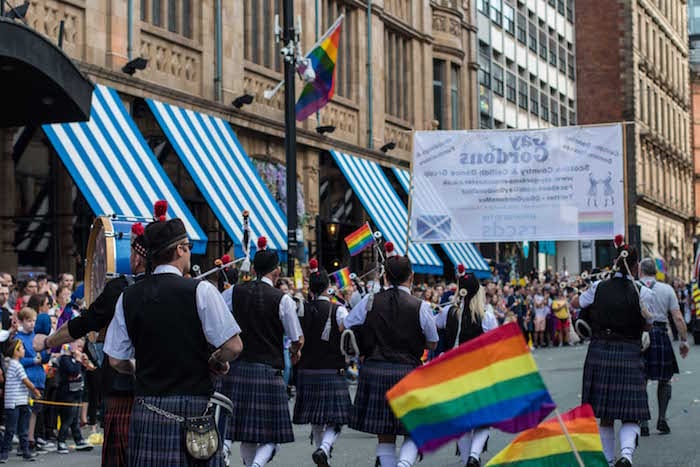 And closing the main stage on Monday were two X Factor alumni. Winner Alexandra Burke was the final act to perform on the main stage, performing hits Bad Boys and Start Without You. The stylish singer commanded the stage as she dazzled in a golden tassle leotard.

Supporting Alexandra was fellow X Factor contestant Lucy Spraggan, who this year celebrated performing at her 10th Manchester Pride festival, having wowed audiences on all of Pride’s stages throughout her singing career. 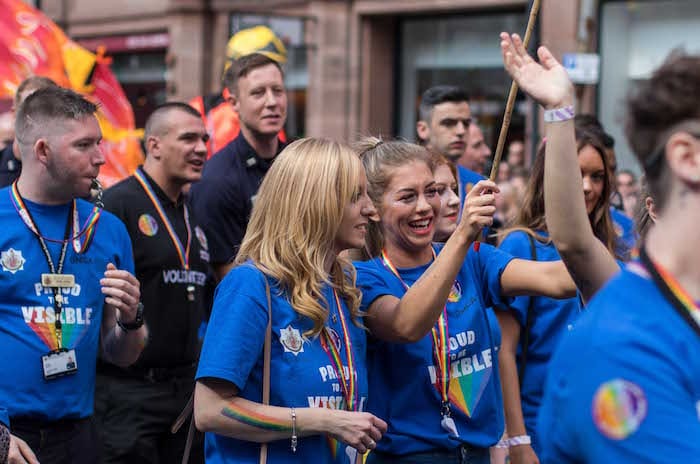 Probably the most important event to take place over the Big Weekend was the final one. Over 4,000 supporters gathered for an emotional vigil on Monday night commemorating those lost to the HIV virus and remembering anybody who has ever suffered LGBT discrimination. The service turned Sackville Gardens into a sea of flickering candles.

This heart-warming moment of reflection demonstrated what Manchester Pride is really all about. 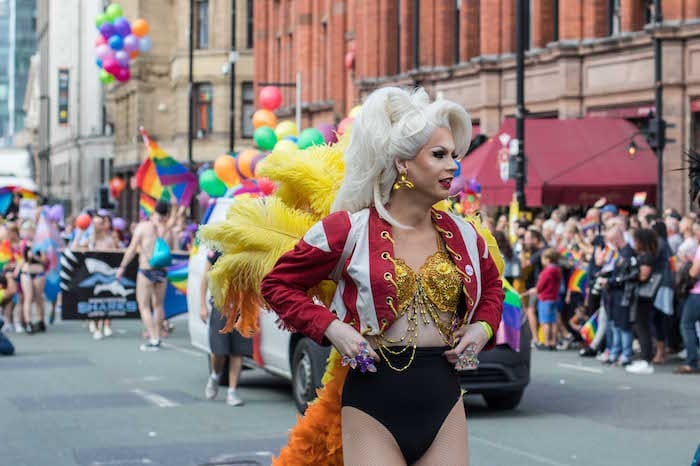 During this final ceremony, there were emotional and powerful speeches from former Lord Mayor of Manchester Carl Austin-Behan, Louise Wallwein MBE and HIV campaigners Greg Owen and Bakita Kasadha.

Greater Manchester Mayor Andy Burnham also took to the stage to announced that our city has joined the global network in the fight against HIV with Manchester now part of the Fast Track Cities Network which aims to end all new cases of HIV within the next 25 years. 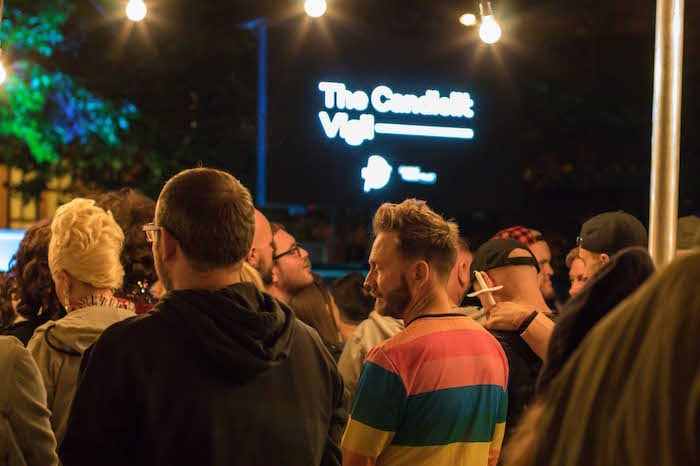 Manchester Pride 2018 ended the way it started – in true Pride style – with a breathtaking firework display lighting up the sky with every colour of the rainbow.

Manchester Pride’s Big Weekend celebrating LGBT life may be over for another year, but the battle for true LGBT equality doesn’t end here. There is much more work to be done until Manchester’s LGBT community finds true equality.