Meet the Manchester pilot who rekindled his artistic passion in lockdown 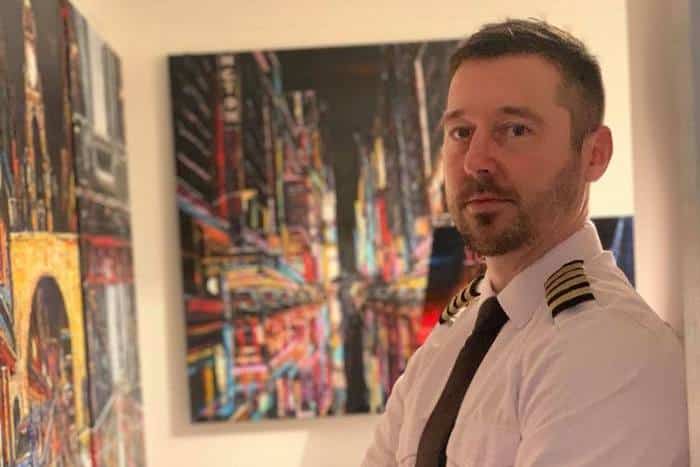 For a pilot who has travelled all over the world, that’s quite the statement.

The travel industry has been one of the hardest hit over the past eighteen months, with the majority of flights being grounded.

But Danny found himself reigniting a passion he first fell in love with back in 1999. 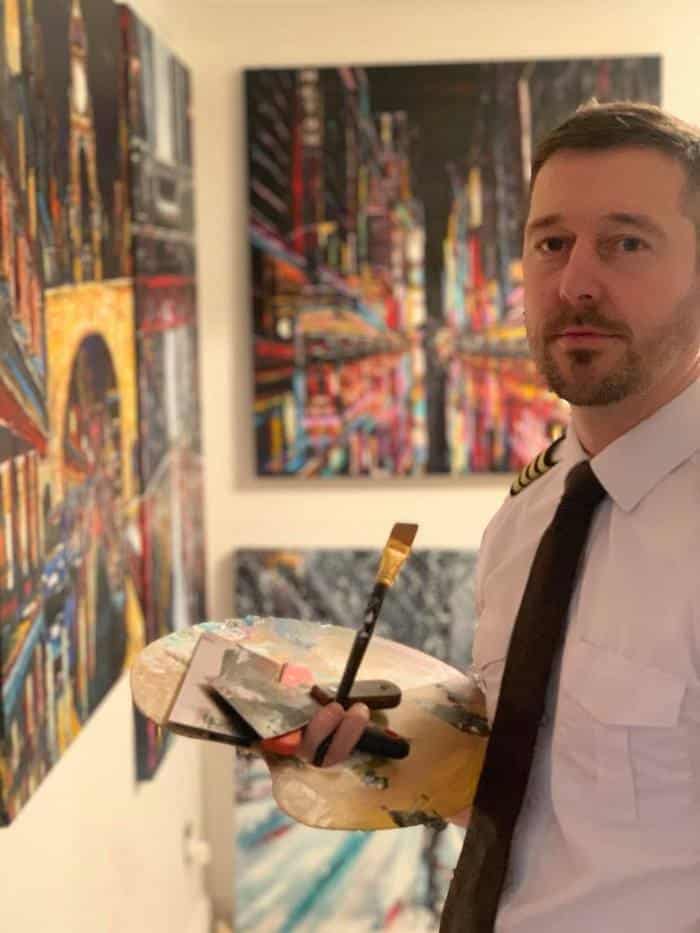 “Back in college l studied art for two years, and that’s where the seed was planted,” says Danny, who grew up in Swinton.

“That’s when I really began to practise and study the fundamentals of oil painting.

“For the first six months of the pandemic, I was painting six hours everyday. Time would just disappear, and it became a real escapism.”

Starting his training back in 2006, Danny has been flying commercially for the airlines since 2008 – and no matter where he is based, he still loves Manchester, the city he grew up in.

“There’s a great selection of bars, coffee shops and restaurants.

“All you have to do is look up now and see all the cranes and new buildings shooting up to see it’s the place to be”.

The city also provides some of the most inspiring views for this oil painting pilot. When asked about his favourite spot, he tells us that Deansgate Locks is probably his favourite.

“It’s got great vantage points and it’s always nice to capture a water scene with the old and new architecture,” he says. 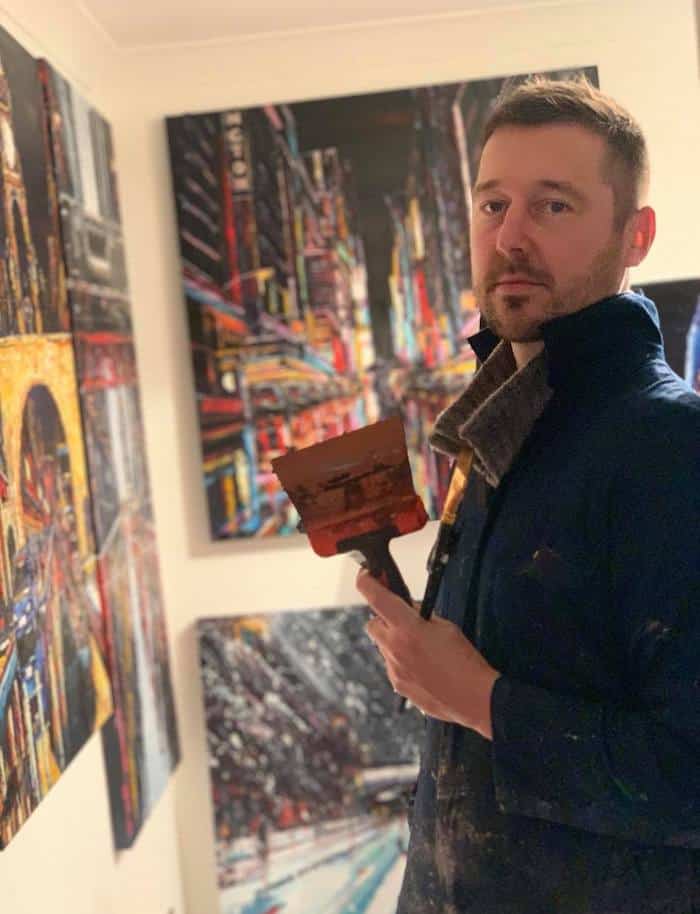 So who or what does he look to for inspiration other than the city’s stunning architecture and vantage points?

Rather than the usual Van Gogh, Michaelangelo or other big classical names, Danny looks to more current artists.

“Brian Mark Taylor, from  the USA, and Rob Pointon, from close to our neck of the woods, are current living artists who are brilliant.

“Richard Schmid, who recently passed away, has masterful artwork. There’s also a young artist Chris Fornataro, aka Paint Coach, who has great content on YouTube.”

Outside of travelling the world and rediscovering his love for art, Danny is an avid football fan. Considering we are in Manchester, the question of where his loyalty lies was always going to come up.

“My family is split, but I was fortunate enough to play for the youth team many moons ago so that heavily swung the balance for me.” 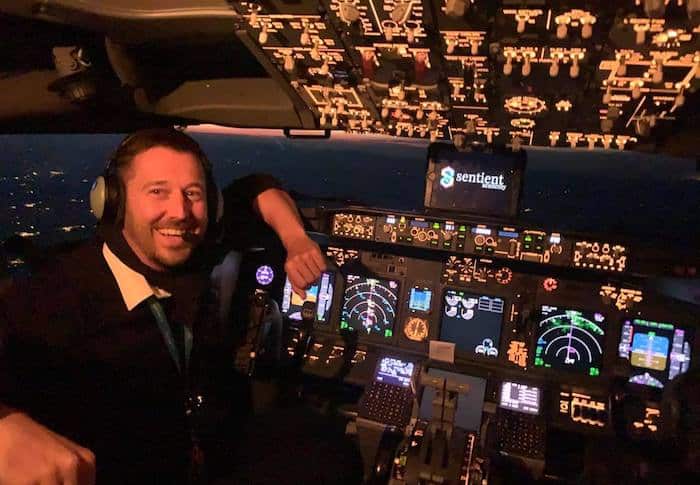 With a career that allows for seeing a variety of places across the globe, we wondered if anywhere in particular reminded him of home?

“Manchester is unique, but Vancouver would be a city that has similar vibes,” he says.

“I lived there for a while back in 2004 and it’s got great bars, restaurants and cool venues to watch local bands.

“Vancouverites are also very passionate about sport, in particular ice hockey, just like us Mancunians are with football.”

Like so many, the pandemic has allowed Danny to renew a passion he had all but forgotten about. But how many of us will have rediscovered a hobby or passion only to forget about it now restrictions have lifted?

“I will 100% continue with painting,” insists Danny.

“My spare bedroom is now a converted art studio.

“Painting has become far more than a hobby – plus it’s a lifetime skill with no ceiling for improvement.”