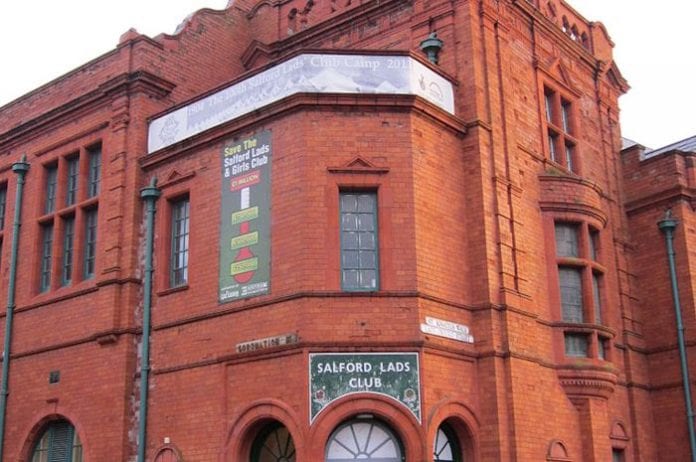 Music tourism is big business. It’s booming globally, with direct and indirect spend in the UK alone totalling ￡3.7 billion and over 9.5 million people visiting the UK to attend music festivals and other events.

Beatles tourism is the foundation of Liverpool’s tourist industry. Every year 250,000 people visit The Beatles Story, 800,000 visit the Cavern Club and over 100,000 visit the childhood homes of the group.

Manchester doesn’t do too badly for music tourists, either. Greater Manchester is the most visited region in the country for both day and staying visits apart from London and the third most visited UK destination after London and Edinburgh for international visits.

Many tourists come to Manchester not for its weather but its music heritage. But whilst Liverpool music tourism is dominated by The Beatles, Manchester’s music heritage is much more varied.

Manchester is the birthplace of bands like The Smiths, Joy Division, New Order, The Stone Roses, Happy Mondays and Oasis and the home of legendary music venues like the Twisted Wheel, Free Trade Hall and The Hacienda. It’s a city of musical myths and legends, some truer than others.

The popularity of the city’s indie scene is reflected in Manchester Music Tours, the minibus and walking tours of the city’s music sights run by Inspiral Carpets drummer Craig Gill until his tragic death last year.

His tours visited places like Salford Lads’ Club, the red-brick building in Salford immortalised in the picture on the sleeve of The Smiths The Queen is Dead LP, and the Epping Walk Bridge in Hulme, where a photograph of Joy Division was taken by Kevin Cummins in 1979 and became the front cover of their Best Of album.

But music tourism isn’t just about nostalgia for the past.

“Manchester has a great and worldwide rep for being cool – in the past and still,” says Hacienda DJ and writer Dave Haslam.

”I know people who travel wanting to access the grassroots and underground stuff. I recently met a girl from Cheltenham who came up to see Cabbage play and a couple from Bologna who wanted me to show them the way to Piccadilly Records. We have to avoid just feeding the nostalgia industry, turning Manchester into a theme park living in the past.”

At its peak, it was estimated that between 65,000 and 85,000 people descended on Manchester every Friday night, largely to be part of the 1980s Madchester nightclub scene.

Nowadays, it’s live music, rather than club culture, which is attracting more tourists than ever to Manchester. A huge 87 gigs per 100,000 people were staged here between July and January 2016 – nearly double the number in closest rival Glasgow.

In 2015, Manchester attracted 697,000 music tourists, generating at least £140 million for the city. There were an estimated 140,000 people at the city’s Parklife Festival alone.

Over the last 15 years, Islington Mill, the ever-evolving creative space in Salford which is home to resident artists of all kinds, has supported 5,000 artists from 35 countries, frequently hosting gigs both for local and visiting acts, and attracting more than 15,000 visitors every year

And there are many new home grown events like Sonder Fest, Foundations Festival and Louder Than Words, returning following last year’s success.

Last year, music tourism sustained 1,583 full-time jobs in the city and many more people are involved in making music tourism happen, on a voluntary basis, whether helping to support venues or as part of projects.

So the attraction of Manchester for music tourists is clearly not just because of the city’s music past but because of what’s happening now. And that’s exactly as it should be.