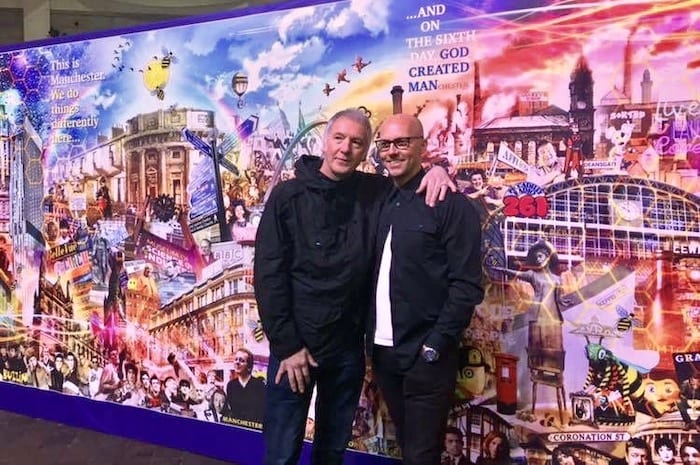 A huge new mural celebrating Manchester’s famous faces, inspirational icons and cultural landmarks has been unveiled in the city centre.

The result is a huge 4.8m wide by 2.4m high mural which is now on display inside The Printworks before it takes a permanent place on Dantzic Street from October 21st.

The mural was unveiled at The Printworks entertainment complex on Thursday night by Manc music icon Clint Boon – who also has own place on the artwork with his band The Inspiral Carpets. 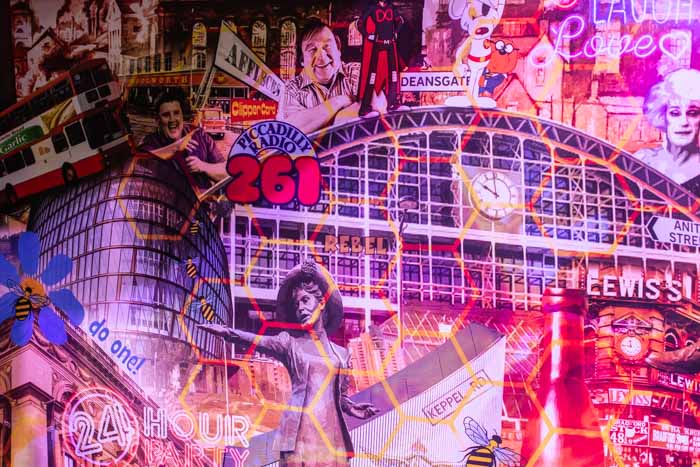 There is a nod to some of the most influential icons such as Emmeline Pankhurst, Professor Brian Cox and Alan Turing, referencing the city’s rich political and scientific heritage. And the mural wouldn’t be complete without including the city’s famous symbol, the Manchester bee.

Can you name all of the famous Mancunians and landmarks in the mural?  Take a look at our gallery of images below, and if you’re struggling, we’ve included the full list of all those who feature in the painting at the bottom of the article.

Manchester-based artist Justin, 48, said: “This city means so much to so many and I hope everyone will be able to relate to an image, or see something that makes them smile within the mural.

“I’d like to thank Printworks for allowing me to create this wonderful piece of nostalgia for the city to enjoy.”

It has been dad-of-two Justin’s biggest project to date.  He said: “I added many elements from my own life growing up such as Belle Vue Circus, Vimto and Dangermouse to name a few and I wanted lots of nods to the music and culture that makes Manchester what it is today.

“There are historical elements and a few less known Mancunians who I researched and honorary ones who have contributed so much to the history of the city such as Alan Turing and Elizabeth Gaskell.

“These are my Manchester memories and the idea is that everyone who sees it will have their own but I had to draw a line under it somewhere otherwise i would have been adding and taking elements away every day forever as Manchester is so rich in history.” 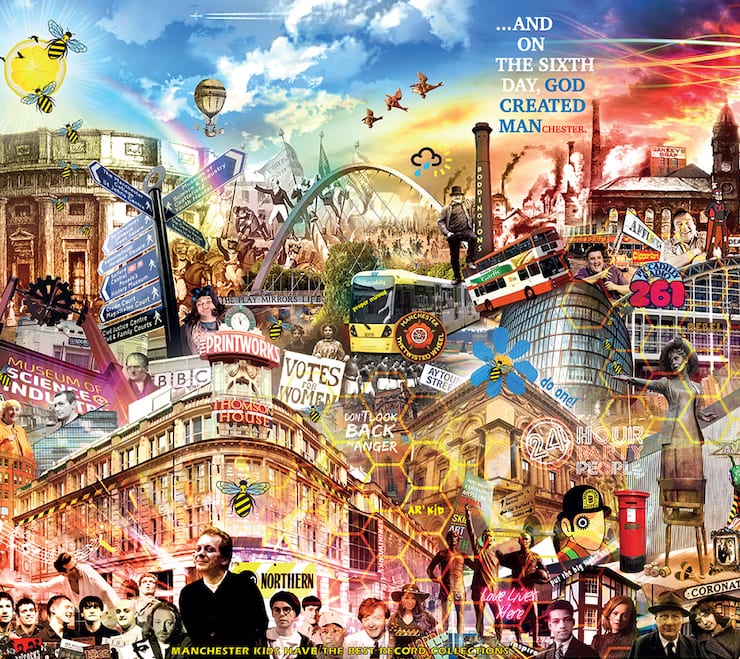 Renowned photographers, Paul Husband, Ian Tilton, Paul Wolfgang Webster and Jill Furmanovsky allowed their iconic images to be used on the mural, which contains many of the city’s most famous rock ‘n’ roll icons – and at the very centre, of course, is Mr Manchester Tony Wilson.

Printworks’ centre director Fred Booth said: “Printworks has a long-standing heritage across Greater Manchester, so what better way to celebrate this than with a mural of memories, showcasing the people and places that have carved their own place in our city’s history.

“We want the people of Manchester to visit our fantastic mural and share in the memories of our great city.” 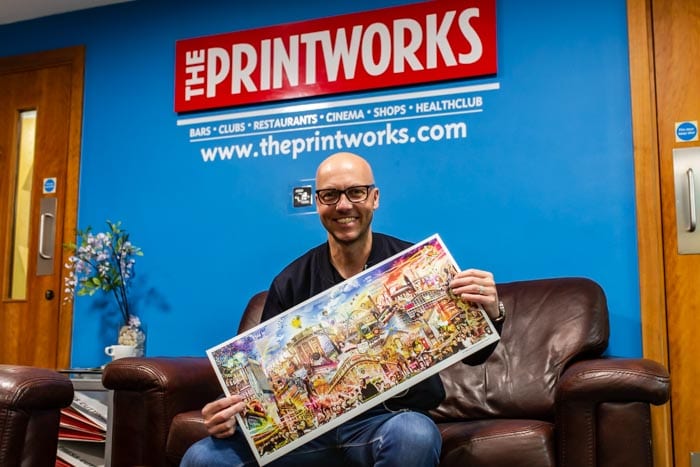 In 2018, the Printworks teamed up with Justin for the Bee in the City campaign, commissioning him to create a charity Hac-BEE-enda bee installation, which took pride of place in the Printworks and was later auctioned off for charity, with over £20,000 going to the We Love MCR Charity.

Here’s the full list of over 100 people and places included on the Manc mural:-