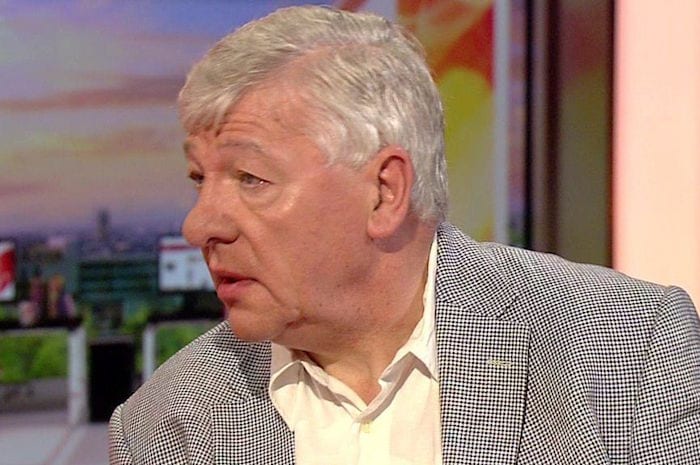 Fears that the voice of Greater Manchester could be “drowned out” by London and Scotland post-Brexit have been dismissed by influential Labour MP former council leader Graham Stringer.

He insisted that the devolution of new powers to the city region and the new trading opportunities opened up by withdrawal from the European Union would give Greater Manchester a springboard for the future.

The MP for Blackley and Broughton, who led Manchester city council for 12 tumultuous years from 1984 until he began his Parliamentary career in 1996, was one of his party’s most prominent “leave” campaigners in the run up to last year’s EU referendum.

As local leaders called for the terms of Brexit to ensure that regional cities could exercise more powers, Greater Manchester’s interim mayor Tony Lloyd was reported as saying: “I know that leaders across the north are concerned that while an economically powerful London and an increasingly politically important Scotland are having their say, our voices are being drowned out.”

But Mr Stringer retorted: “The north west has done very badly out of EU membership. We have been a net contributor to the EU. The amount of money we have paid in far outweighs the grants that have come back. Overall,  EU regulations have destroyed some industry in the region. Without them, we’ll trade better, not just to our friends who remain un the EU, but with the rest of the world.”

He added: “The devolution deal for Greater Manchester is completely a national issue. We are in the process of getting our act together in the changed legal position we are in and it is up to the new mayor and the council leaders across the city region to make sure that our voice is heard.

“Of course, the future is uncertain but we will be in more control of that future outside the EU. Manchester has done a great job over the past two decades. Now it’s up to Greater Manchester to make sure we use the opportunities arising out of more devolved control over training, development, health and transport budgets.”

At odds with the current Labour leadership under Jeremy Corbyn, Mr Stringer has said that remaining in the EU would mean that any future Labour prime minister could “forget any plans to renationalise the railways and Royal Mail or place a cap on energy prices. These are illegal activities under EU laws, and in fact, the EU is pushing ahead right now with plans to impose a railways privatisation policy similar to the Tory programme called the Fourth Railway Package on to every single member state.”

He claimed the EU penalised manufacturing and heavy industry, the traditional trades of the working people, in favour of service industries and the financial sector. The Tata Steel crisis had brought into sharp focus our inability to help support our traditional British industrial base. The government could not step in and offer proper financial support or nationalise the company. If it had tried to do so, it would have been sanctioned and fined by the EU.”

Mr Stringer was one of six Labour MPs who defied their party leadership in February and voted with the government to deny MPs being given the power to send Mrs May back to the negotiating table if they didn’t like the “divorce” deal.