Manchester businesswoman becomes first to make £1m on The Apprentice 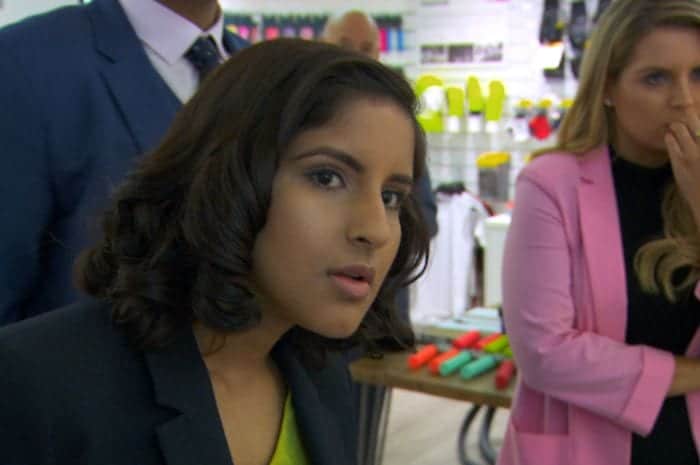 Two things happened for the first time on last night’s episode of The Apprentice.

Lord Sugar told a joke that was funny and one team became the first in the history of the programme to make a profit of more than £1m selling a product they had designed to retailers.

The task was to design and sell an electric bike. Lord Sugar called it ‘The Great British Bike Off’, which isn’t a bad joke for him. In fact, it’s probably the best joke he’s ever told.

And the project manager of the winning team was 27-year-old Iasha Masood from Manchester.

Her team Empower (no, me neither) decided to design a leisure bike for younger women whilst Unison (the opposing team, not the trade union) targetted older people who want to get fit but are a bit out of shape.

And, as we have come to expect from The Apprentice, both teams made an absolute pig’s ear of the task.

Usually, the team which makes slightly less of a pig’s ear than the other makes a few more pounds than the other team and wins the task. But on this occasion, the team led by chirpy cockney geezer Thomas made £437,700 in sales whilst Iasha’s team made a cool £1.265 MILLION.

Which just goes to prove the truth of the old saying ‘it’s the quiet ones you’ve got to watch’.

Because although she looks and sounds like she wouldn’t say boo to a goose, Iasha must now be one of the hot favourites to win, having come to her team’s rescue last week.

In her bio, the University of Huddersfield graduate says her only weakness is that she’s too driven. So it looks like the £250k prize for the series winner is hers for the taking, providing she can become a little less driven in the next few weeks.

If, on the other hand, she doesn’t manage to reduce her drive and fails to become Lord Sugar’s business partner, she should start her own business designing and selling bikes.

Because just imagine how much money her team could have made if they had designed a bike that actually looked good.