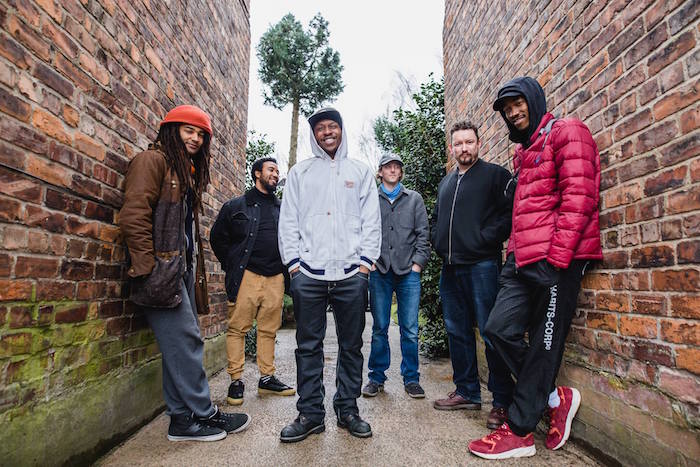 The Mouse Outfit burst onto the scene a couple of years ago after starting their own hip- hop open mic night in Fallowfield.

A true Manchester-based band that, through hard work, talent and passion, have gone from strength to strength and are now set to release their third studio album.

Jagged Tooth Crook was not only recorded and mixed here in Manchester, but features collaborations with over 30 artists many of whom are based in Manchester, too. I grabbed an interview with James Defty, one half of this incredible hip-hop production duo.

For those who don’t know, just explain what a hip-hop production team is exactly?

Typically, hip-hop production is making beats for rappers to get on. However, on this album we have used more live instrumentation than we ever have before. We tour with a live band, but some of the beats we made initially on earlier albums were traditionally 70s tunes and beats.

Because we’ve done it and want to move away from that now. We’re thinking about the possibilities of working in film and TV, too. Plus it’s really fun to be able to work with some top flight musicians and to be able to see the music being created right in front of you. You can do a lot more with it as well, so when I first started and learned how to make hip-hop, I’d sometimes struggle with knowing how to take that next step in developing it into a song. People more talented than me are better at that, but working with live musicians gives you a lot more to work with, to make progressive, developed tunes. 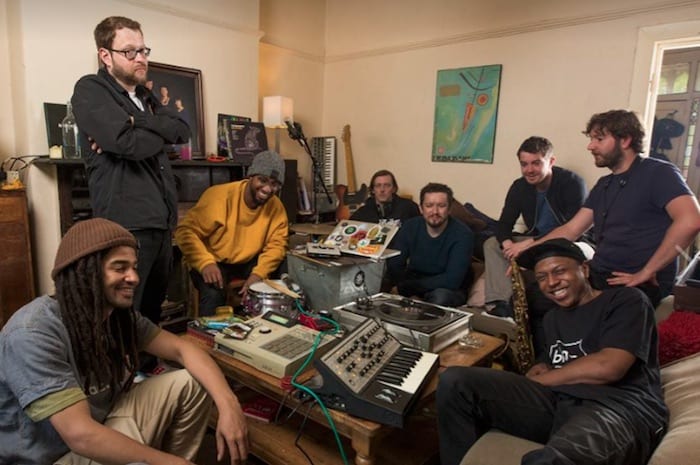 So The Mouse Outfit isn’t just the band then?

No we work with loads of other musicians outside the The Mouse Outfit’s live band.

How did you manage to get some of the amazing talent you have on the album?

It’s just friends of friends. A few of the people in the band have been to music colleges around the country. Ashley Henry wrote some stuff for us on the first album as he was at college in Leeds as were two of The Mouse Outfit at the time, so that was that connection.

Manchester has lots of great musicians within a few hundred metres of where we’re based in Chorlton. I play bass myself, but it’s amazing to see what other people do with the tracks.

Is there one person who decides what stays in and what goes?

The Mouse Outfit is essentially two people. Myself and Paul Chini. We’ve worked with different producers and different people in The Mouse Outfit’s live band that have produced for the albums in the past. On this album, our drummer Deese has produced one and a half tunes, somebody who used to be in the live band called Pitch 92 has also produced one and a half tunes. The rest of the production has been headed up mainly by Chini with myself and then we also brought on board somebody called Metrodome who’s a young DJ and producer from Manchester to help with some of the synths, budgets, mixing, ideas and things like that.

The songs might be created by somebody who will make the drum beat, somebody will add some keys, then another some synths and then we’ll try different vocalists. Most of the actual recording of vocalists has been done by Chini though.

Is everyone featured on the album from Manchester?

There’s a female rapper called Truemendous from Birmingham but apart from that on the 17 tracks this album features, everybody else is from Manchester and recorded here in my Chorlton basement, apart from a couple of bits that feature a double bass which I didn’t fancy taking down into a basement. Most of the people on the album are really local too –  Chorlton, Moss Side, Whalley Range that kind of area. Ninety nine percent of it is recorded here in Chorlton.

And all of this started when you began running a hip-hop open mic night?

Kind of. The first four years of the Mouse Outfit were just us focussing on trying to get a good live show together and we worked with different vocalists throughout that time too. It wasn’t until after a few years of doing this that we started the open mic night at the Corner in Fallowfield (now a Papa John’s) with a DJ called Agent J who now runs a Manchester based website called groovement.co.uk.

It was at the Soup Kitchen for a little while too and it was a night called In The Loop where lots of rappers would come down and get on the mic. We’d have some famous hip hop breaks or jazz breaks that we’d kind of rehearsed a little bit and they’d rap over it. We met lots of talent who became important vocalists on projects that we subsequently released.

It’s pretty amazing to be part of a city where you have musicians that can work together and collaborate like that.

Is that how you intended it?

Not at all. Nobody was on any kind of label, and as a scene I thought if we all work together we could help each other promote each other. Also it was just to have fun and play some tunes.

After we continued with it for a while, the Mouse Outfit was getting too many gigs at that point to continue doing that night. I’d love to get back to doing that because I think we’d have a much more successful night now.

We occasionally get people who contact us. If we like their sound we normally get them on board. With an album like this, it may be that tracks get made or instrumentals get made that just don’t come to fruition. We really feel like we’re more connected to the grassroots scene when we source locally and make an album like this.

Is that why you have toured as relentlessly as you have?

We can’t afford to stop touring, but if we don’t stop touring we can’t make music. We have in the last year just been working non-stop, our social lives are not fantastic right now trying to get this album out, and it’s what we’re really pushing.

How long has this album taken?

Due to it having more live instrumentation, it’s taken about a year-and-a-half. In the past, with other albums we were still learning our craft. It seems like it’s been all day, every day and we’re excited to get it out there for the general public to listen to.

On May 4th, Star Wars Day. Any coincidence?

Not really, but it’s a date you remember isn’t it?

What’s next after the album?

Up until recently Chini and I had busy full-time jobs. People are surprised that we’re still living in a shared house in south Manchester when we’re able to get songs played all over the world and play Europe and that kind of thing, but I think that story is very similar for lots of Manchester artists. It’s just so hard to make money in this industry. But ultimately we just want to make music and reach an audience.

The Mouse Outfit play The Ritz on May 18th.