Manchester has the appetite to sustain a Borough-type foodie market 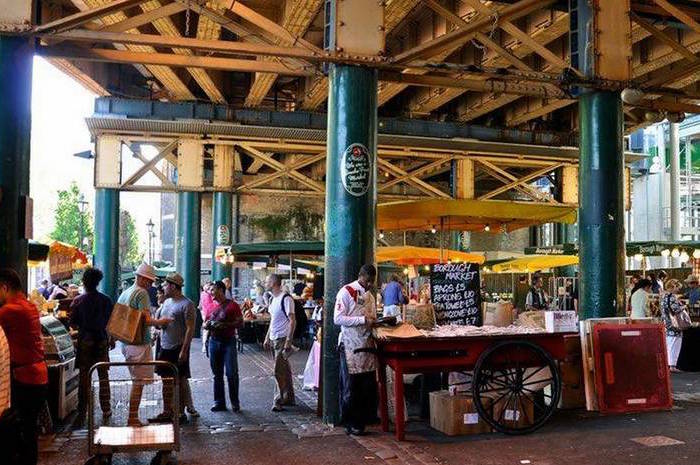 One of the joys – and yes, there are quite a few – of my touristy visits to London is to spend a morning, often spilling over into late afternoon, at the Borough Market, the colourful foodie mecca for Londoners and visitors alike on the south bank of the Thames.

It’s been there or thereabouts, at the Southwark end of London Bridge, for 1,000 years give or take – longer than the gothic cathedral next door – and in its present location, nestling under the bridges and viaducts carrying trains between London Bridge station, Blackfriars and Cannon Street, since the middle of the 19th century. 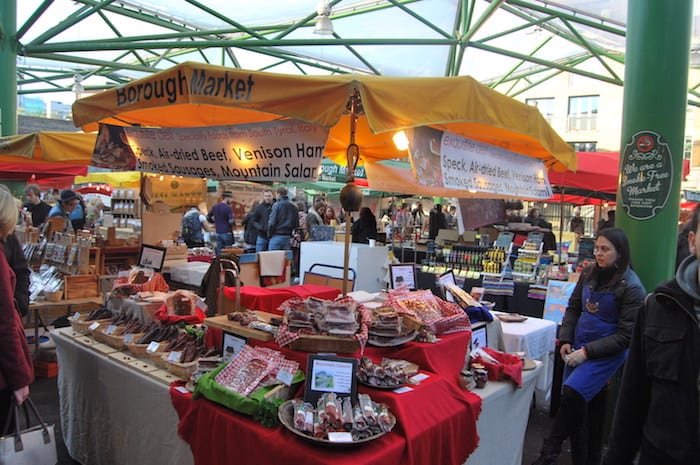 Where, I asked in a Manchester Evening News feature two decades or so ago, was our equivalent? I believed then – and still do – that Manchester has the appetite to sustain a Borough-type market with its cornucopia of fresh produce, artisan breads and cheeses, fish, meat and game, pastries and cooked-on-the-spot international street food for the multitudes sharing communal tables and exchanging engaging conversations.

Moreover, many of the traders displaying their speciality produce on the South Bank make the journey from the north of England to do so.

After all, hadn’t Manchester’s Christmas market proved such a spectacular success? And with respect to our continental friends who bring their trinkets and cuckoo clocks to Albert Square, aren’t the food stalls and the bars the most popular features of the market?

So where might Manchester’s version of the Borough Market be located? Back in the day when I wrote that feature, I speculated upon Castlefield mainly, I now think, because of the space, still largely unused, beneath the railway and Metrolink viaducts that criss-cross the area – just like those carrying trains to and from London Bridge station.

Castlefield had been the place where, in September 1993, thousands of people watched the outcome of Manchester’s Olympic bid from Monte Carlo on live screens. Despite the bid’s failure, the enthusiasm shown by the crowds that night fed back to the bid leaders in Monaco and inspired the city’s determination to stage the Commonwealth Games.

In retrospect, however, locating a market underneath Castlefield’s arches would require massive investment in development. There are many more pressing priorities elsewhere for precious resources. And anyway, with London just two hours away and the affordability of advance train tickets, there’s always Borough Market itself.

But two things have happened recently. Following a £175,000 refurbishment, the 19th Century Market House in Altrincham has become the epicentre of what is sure to become a major revival of a town clattered more than most by the huge commercial impact of the Trafford Centre.

We’d heard good things about the project and, late in the day perhaps, took the Metrolink tram and went to have a look one recent Saturday. We were blown away by the buzz.

The outdoor covered market is attractive if rather limited in size compared, say, with Bury or Oldham’s Tommyfield, has a different emphasis each day of the week (Monday and Wednesday are non-market days), and stages farmers’ and flea markets monthly. 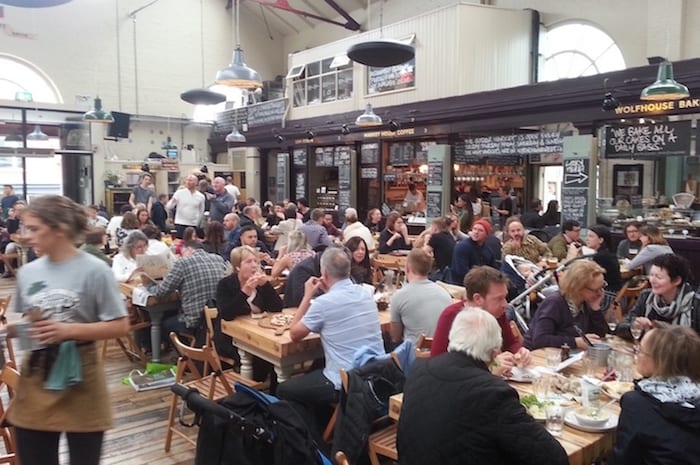 But wow, what goes on inside that Market House is brilliant. Trestle tables and benches to accommodate almost 200 people are arranged in the centre of the space surrounded by “food pods” – stalls selling the likes of superb artisan pies, pizza from wood-fired ovens, flat iron steaks, barbecued seabass and bream, Korean fried chicken, fine craft beers and splendid wines. The deal is to find a space at one of the communal tables, order what you fancy and have it brought to you.

The second significant development has been the decision by Manchester city council to lease out the 135-year-old Upper Campfield Market Hall on Liverpool Road on the fringe of Castlefield. Reviving this iconic building along the lines of Borough Market would require investment and imagination but it is ideally placed for transport links – the  Castlefield-Deansgate Metrolink station is just a couple of blocks away – and at the heart of one of the city’s most visited areas, which includes Castlefield itself and the massively popular Museum of Science and Industry just next door.

It seems however, that the smart money and the expertise of the team behind the success of Alty Market – led by Nick Johnson former owner of Atlas bar, ex-development director of Urban Splash and member of the “McEnroe Group” that slated the fledgling Marketing Manchester then went on to become its chairman for seven years – is on the Mackie Mayor building in the Northern Quarter.

Long standing rumours that the former meat market, built in 1858 but empty since 1990, was in Johnson’s sights were confirmed only days ago when plans were lodged by Market Operations, the Alty Market team.

So a market is coming back to historic Smithfield – subject to planning approval. But let’s not think Altrincham, brilliant as it is. Let’s think Borough.