Manchester Food & Drink Festival 2015: tuck in on the first details

MFDF15 will be bigger than ever... 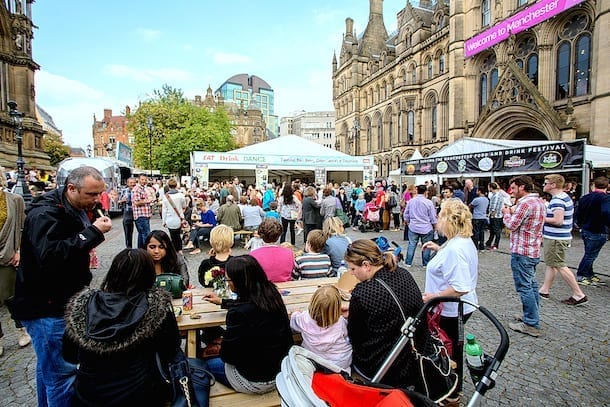 Food and drink lovers – a term which surely embodies pretty much everyone – will be excited to know that details of the 2015 Manchester Food and Drink Festival were announced today, promising a ‘revitalised’ programme of events to feast away on.

“Manchester is booming and the Festival is ready to bring a World class, multi-venue, urban foodfoofie experience to the city.”

Now in its 18th year, 2015’s event will take place between the 10th and 21st of September, serving up a full ‘Festival Fringe’ that will be spread across a number of establishments in the city.

The Festival Hub will remain at its traditional home on Albert Square, and along with the traditional, purpose-built food village, will have more events, masterclasses and demonstrations than ever before. Plenty of learning to go with all the eating and drinking, then.

The Festival Fringe will collaborate with some of Manchester’s best restaurants, chefs, producers, brewers, artists and more to bring a host of urban food events to the city.

And we’re assured there’ll be appearances from some familiar faces from around the UK too. 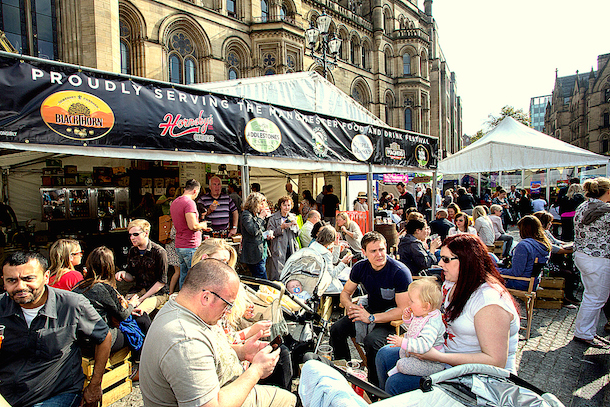 “We’re making a return to the approach that put MFDF on the map in the first place – curating a programme of events around the city that excites Northern food lovers.

“We’ve been forced to be more streamlined in recent years, and in that time have vastly improved the outdoor events at the Festival.

“Manchester is booming again, and the Festival, along with some exciting new partners, is ready to bring a World class, multi-venue, urban food and drink festival experience to the city.”

A revamped Big Indie Wine Festival (the 7th annual event of its kind) will bring a host of wines back to Manchester’s Town Hall, showcasing collections from the city’s most passionate wine merchants, and yet more opportunities to learn from the best in the business.

The regular Gala Dinner and Awards will take place on the final day of the Festival and I Love Manchester will be in attendance, proudly dishing out the award for Best Bar. The venue will be revealed at a late date.

The first Festival programme announcement will be made Wednesday 22nd April. Start warming up those taste buds.