With the news that Manchester City clinched the Premier League title for the second successive season this weekend, Legoland Discovery Centre Manchester has honoured the Blues’ title winning triumph – in brick form.

Pep Guardiola’s men have built their way to success this season, and now the team have marked the occasion with a celebratory trophy taking pride of place in the centre’s Miniland attraction. 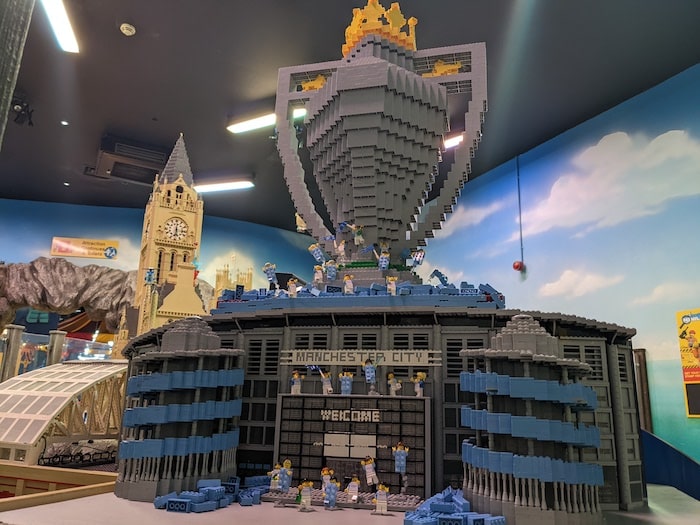 The famous football ground – Etihad – replicated in the attraction’s Miniland was surrounded by loyal mini figure fans celebrating the title win, dressed head to toe in the Manchester City baby blue strip, whilst waving flags to mark the occasion.

Whilst it looked like the Citizens may le’go of the title and allow Liverpool a chance to add to this season’s haul, Man City stuck together to give their fans another dose of success in the top-flight.

In City’s 38 matches this season, they have won 29, drawn six and lost three, scoring 99 goals in the  process.

Their exceptional form this season continues a trend seen over the past five campaigns.

In the 190 Premier League matches City have played during the last half decade, they have won 146, taken 458 points and scored a remarkable 485 goals. 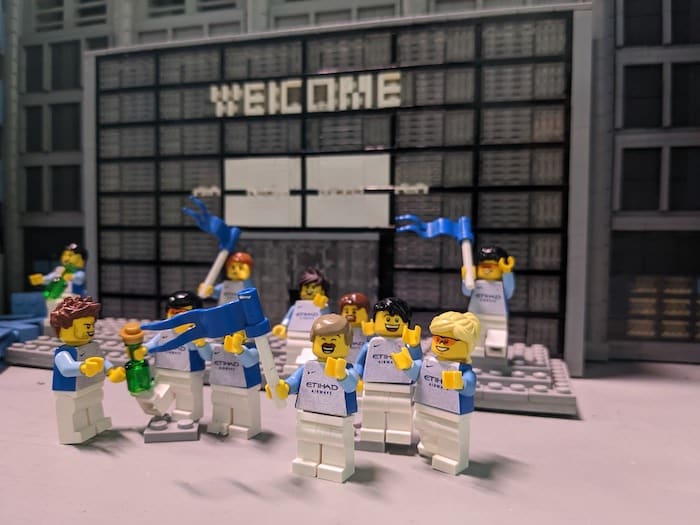 “The team deserve to be celebrated for the second year running, so we’re happy to be playing a part in honouring their success!

“Our Miniland is home to some of the best sights Manchester has to offer recreated in brick form, so we’re extremely excited to add the Premier League trophy to the attraction, alongside a celebratory party outside the stadium. 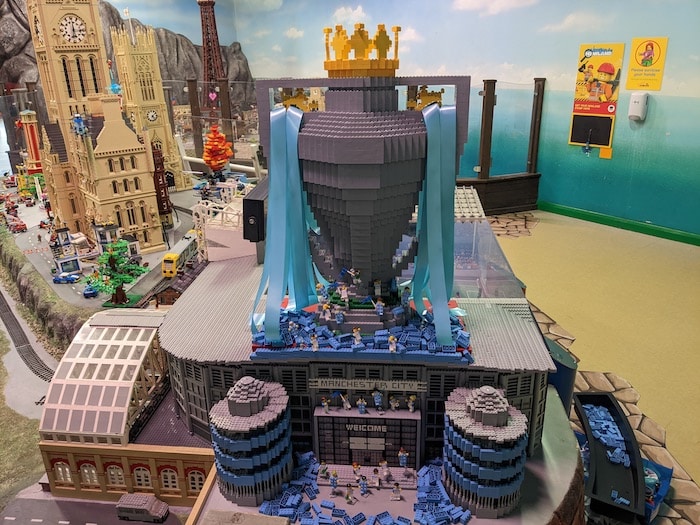 “We look forward to welcoming guests into the attraction to continue the Man City celebrations with us.”

The Club will celebrate its victory with fans with an open-top bus parade in Manchester city centre on  Monday 23rd May, concluding with a stage show at Deansgate (Beetham Tower).