'This Club is fantastic and so are our fans, who have been with us every step of the way,' said Manchester City captain, Fernandinho

In City’s 38 matches this season, they have won 29, drawn six and lost three, scoring 99 goals in the process.

In the 190 Premier League matches City have played during the last half decade, they have won 146, taken 458 points and scored a remarkable 485 goals. 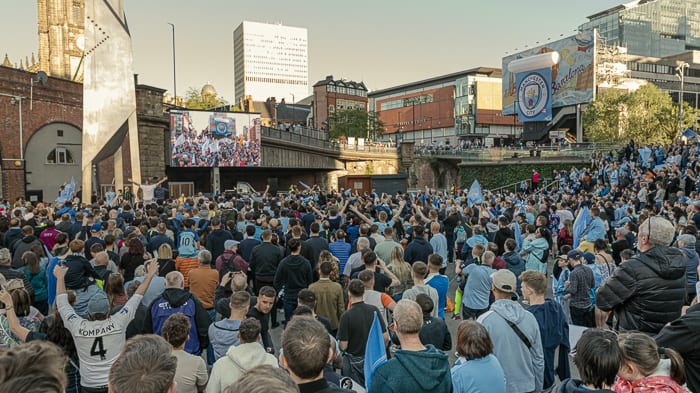 The Club will celebrate its victory with fans with an open-top bus parade in Manchester city centre today, Monday 23rd May, concluding with a stage show at Deansgate.

Pep Guardiola and the squad will depart from Exchange Square at approximately 6pm, travel onto St  Mary’s Gate and then south on Deansgate, before finishing at the Beetham Tower where a live stage show will take place with the Champions.

Onstage entertainment will start at 4:30pm with the players expected to arrive at approximately 7pm.

The parade will be hosted by Manchester City’s City Square presenters Danny Jackson and Natalie Pike, who will be joined by former players and special guests. There will also be live music from bands and DJs.

The entrance to the parade stage viewing area is only accessible via Deansgate and all fans will be searched before entering.

As this is a non-ticketed event, fans are advised to arrive early to get the best possible viewing  experience. There will also be screens throughout Deansgate showing all of the action from the stage.

An accessible viewing platform will be located on Great Bridgewater Street and members of the Club’s  Access Team will be on hand to assist fans who require access. 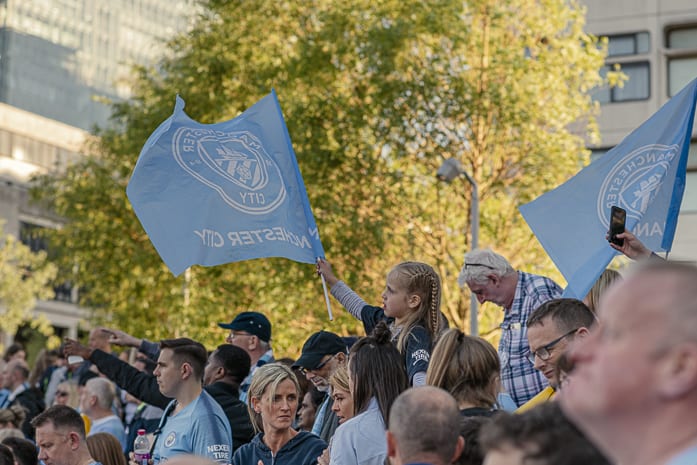 “To finish my nine years at City by winning my fifth Premier League title is a dream come true,” said Manchester City captain, Fernandinho, ahead of lifting the Premier League trophy in his final game for the Club.

“This squad is genuinely special. The togetherness of the players is like nothing I have experienced before.

“These guys are my brothers, which makes winning the title even more special.

“I want to thank Pep and all the backroom staff we have here. As players, we are given everything we need to be successful.

“The support we get to ensure we go onto the pitch in the best possible condition  is amazing and without it there is no way we could have won the title.

“To have won this trophy four times in five years really is amazing. Everyone knows the Premier League  is the most competitive in world football, but we have shown consistency over a long period. That is  testament to what City have built.

“I am leaving this summer, but I am very confident City will be successful again in the future.

“This Club is fantastic and so are our fans, who have been with us every step of the way.

“Without them  by our side, there is no way we can do what we have done these past five seasons.

“We have felt their energy and it has driven us on.”