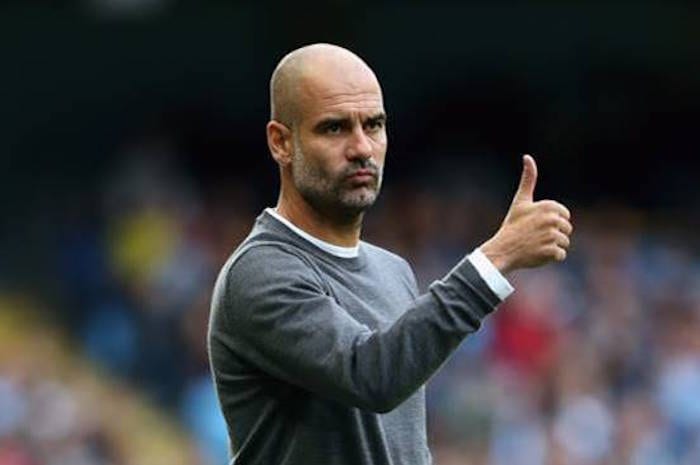 Manchester City manager Pep Guardiola hails himself a “Mancunian for the rest of my life” after falling in love with the city.

In an exclusive interview with BBC Radio 5 Live, Blues boss Pep talks about his special relationship with Manchester – and the night his wife and daughter were caught up in the Manchester Arena terror attack on 22nd May 2017.

Pep says in the interview: “I will be Mancunian for the rest of my life now.  I will be a Manchester City fan and it will not be possible to train another team in England like Manchester City because I feel beloved from the people here.”

He talks in depth about his childhood, his family, his favourite music – including Oasis classic Don’t Look Back in Anger – and his admiration for Dutch footballing legend Johan Cruyff.

Speaking to Spanish football journalist Guillem Balague, Guardiola discusses his time in Barcelona, New York and Munich and his life now in Manchester.

He praises his team at Manchester City and talks about how Manchester United fans treat him when he meets them.

He also recalls having dinner with Sir Alex Ferguson and how glad he is that he is returning to full health.

Pep, who co-owns Tast restaurant on King Street in Manchester, buy xanax with echeck selects his favourite music and the songs that have special meaning for him, including the Oasis anthem Don’t Look Back in Anger and Elton John’s Your Song.

Guardiola also pays tribute to his wife Cris who he describes as “an incredible woman”. He recalls the night she and their daughters were caught up in the terrorist attack at the Ariana Grande concert in Manchester in which 22 innocent people lost their lives, and how he raced to the Arena to find them.

He says: “When the attack happened I was at home with my son and my wife and daughter were there, they were at the Arena.

“She [Cris] called me but immediately she broke the line.  She told me: ‘something happened, we are running but I don’t know what happened’ and the line broke.

“We tried to call her but it didn’t work, so we went to the Arena and after five or six minutes she called me again and said: ‘we are out, we are out’.

“At the end we were lucky, unfortunately people suffered.”

Pep and his family all attended the We Are Manchester concert to support the reopening of the venue.

The podcast is available as a 5 Live Football Daily podcast and will be broadcast as a BBC 5 Live Sport Special, Pep Music, tonight (Thursday 25th October) on BBC Radio 5 Live from 7pm to 8pm.