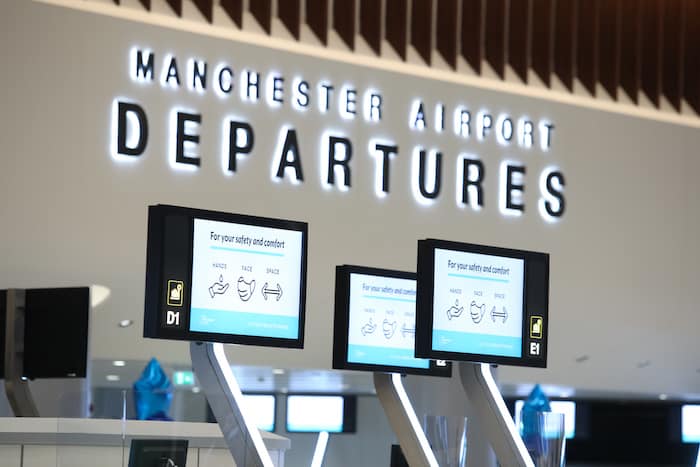 Passengers should arrive at the airport three hours before their flight leaves, to allow enough time to check-in and get through security
Share
Tweet
Share
Chat

There have been weeks of chaos for travellers at Manchester Aiport, who have faced long delays and lengthy queues to reach check-in, security and luggage collection.

Now the CEO of Manchester Airports Group, Charlie Cornish, has apologised to passengers and explained the difficulties the airport has faced over recent weeks.

“First and foremost, I want to say that I understand passengers’ frustrations with the queues and congestion they’ve experienced in recent weeks, and I apologise to anyone who has been affected by the disruption,” he said.

“We are committed to getting customers away on their trips, especially as we know many have waited such a long time to get back to travelling internationally.

“Having endured the worst crisis in our 84-year history, I can assure you that there is no one more pleased to see passengers back in our terminals than we are.

“The UK aviation sector is now recovering quickly but for most of the last two years we have effectively been in survival mode. When the pandemic struck, we were faced with almost no income and huge fixed costs.

“Doing nothing was not an option. We had to cut costs just to survive – it was as simple as that. We reduced expenditure wherever we could, and as a last resort we had to offer colleagues the option of voluntary redundancy because of the uncertainty about when international travel would resume. 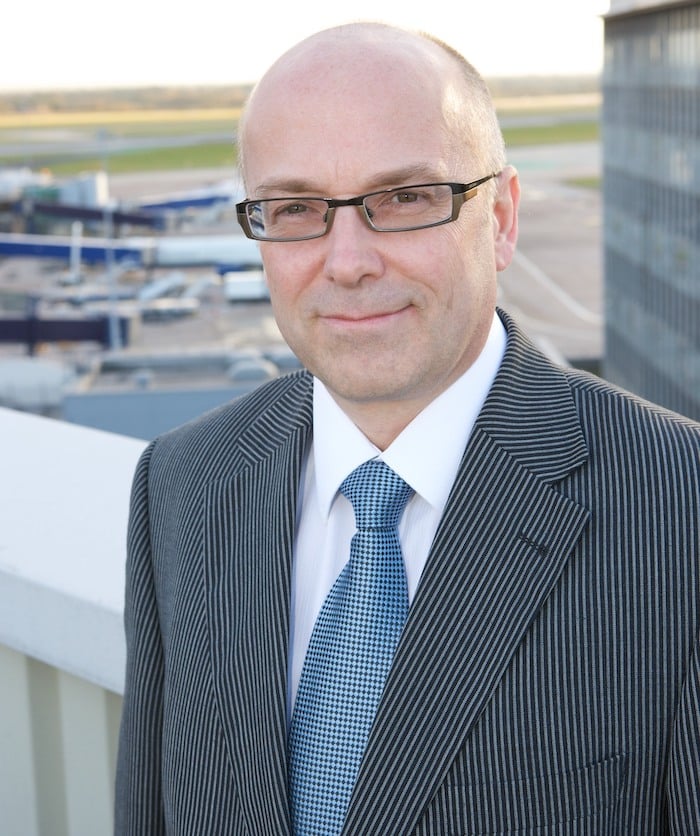 “As recently as January, with the Omicron variant spreading rapidly, tight travel restrictions remained in place and our passenger volumes were just a third of what they were pre-pandemic. No other sector has suffered as badly as the UK aviation industry – with other parts of the economy returning to pre-Covid levels way ahead of airport and airlines.

“Since February, we have seen a stunning recovery in international travel. Demand has returned dramatically to more than 70% of pre-Covid levels in a matter of weeks, after travel rules were eventually relaxed last month.”

How long will the airport delays last?

“Practically, staff shortages mean that we cannot open all the security lanes we need and at times, this results in longer queues than we want to see,” said Charlie.

“While we still expect most passengers to get through in less than 30-40 minutes, there will be times over the next few months when waiting times will rise to between 60 and 90 minutes.

“We understand that people will feel anxious about missing their flights when they see queues of this length.

“So for now, we are advising passengers to arrive at the airport three hours before their flight leaves, to allow enough time to check-in, get through security and reach the departure gate.

“If passengers follow that advice, and allow more time than normal, we are confident they will get away on their travels.

“These measures are temporary and we are focused on getting back to normal in time for the peak summer season.

“As new staff join us, the operational pressure we are facing will ease and queue times will begin to come down.”

Will flights be cancelled?

The alternative in the short-term would be to cap capacity and for airlines to cancel flights, as other airports and airlines are doing, says Charlie.

But this would cause enormous disruption to holidays, business trips and long-awaited visits to see friends and family. 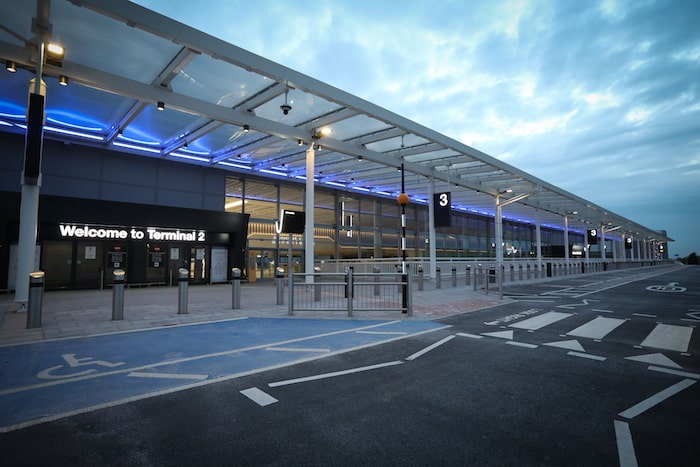 “We do not think cancellations are what our customers want to see.

“While we know they don’t want long queues either, we are committed to operating all flights safely and know that the steps we are taking will improve service levels week by week.

“I cannot apologise enough for the disruption people have faced. We are proud of our role as the UK’s gateway in the North, and as a major source of employment and economic value for the region.

“We will be back to where we need to be soon, and are working as hard as we can to get there as quickly as possible.”

Mayor of Greater Manchester Andy Burnham has this week issued a statement following his meeting with Manchester Airport.

“Like everyone, I have been concerned to see some of the scenes at Manchester Airport over recent times,” he said.

“Many passengers have faced an unacceptable experience and it is important that every possible step is taken to prevent a repeat.

“People preparing to travel are understandably worried and there is a need for the clearest possible advice before they do. 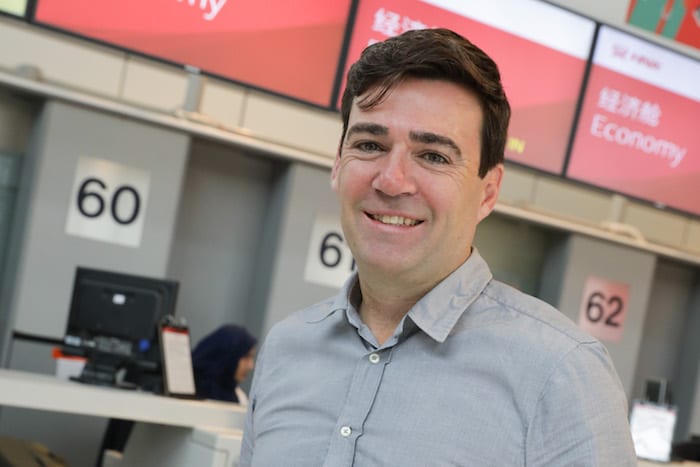 “Some of the issues being experienced by Manchester Airport are beyond their control. However, that is not to say that other things could not have been done differently.

“Firstly, while the airport has been making strenuous efforts to recruit, more should have been done earlier.

“Secondly, communications to passengers ahead of and upon arrival should have been better, as should the management of the queues.

“However, it is important to acknowledge that some of the pressure arises from the decision Manchester Airport has taken to protect people’s holidays and trips and avoid cancellations as other airports have done.”

Advice for travellers and measures to ease queues

To those travelling in the coming days and weeks, advice is to arrive at the airport three hours before your flight, and check your baggage into the hold in advance if possible.

If you have to carry hand luggage, try to minimise it and ensure it is correctly packed before you leave home.

“Sadly, the disruption is not going to disappear overnight and this advice will have to be in place for the foreseeable future,” said the Mayor.

“While the airport expects that there will be some disruption for the next two months, I want people to be reassured that the airport, supported by colleagues in Greater Manchester, are putting in measures to ease it.

“First, to reduce pressure at security the airport management are increasing use of overtime and bringing in temporary staff.

“Second, additional staff are being engaged to help organise the large numbers of people passing through the airport and better information will be provided to passengers who are queuing, as well as steps to look after the welfare of those experiencing long queue times.

“Third, more real-time information on security queues will be published on the Manchester Airport website and some airlines are starting to offer passengers the ability to check in their bags the night before if they are taking an early flight. 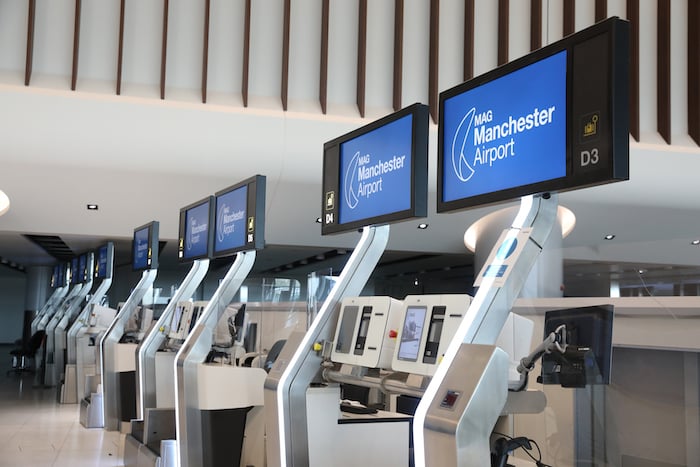 “I have also looked at what more we can do at a Greater Manchester level to ease the pressure.

“Greater Manchester Police have increased police presence at the airport; and I have offered to the airport the services of some of our experienced TfGM staff to assist with queue management and communications to those waiting.

“Manchester Airport are making huge efforts to recruit staff, but one of the issues they are facing is the length of time it is taking for security checks to be completed.

“220 staff have been recruited and are currently awaiting clearance but the process is taking longer than usual.

“So, I am today writing to the Minister for Security and Borders asking if large airports, such as Manchester, which are experiencing longer-waits for vetting, could be prioritised for a period to speed up the process.

“Manchester Airport is run independently of my office and the ten Greater Manchester Councils.

“That said, we do work to support them in any way we can and will continue to do so until we have worked through the issues caused by the pandemic.”